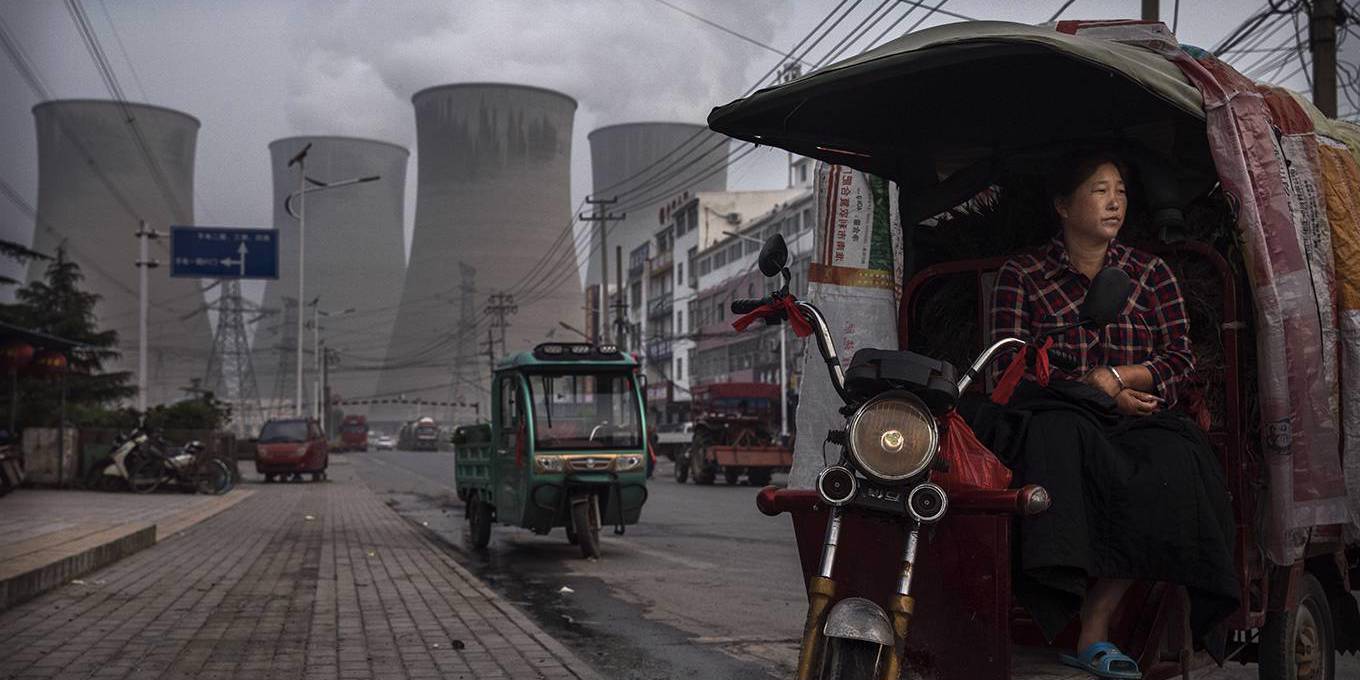 China and other developing economies are instinctively wary of developed-country proposals to combine domestic carbon prices with “carbon tariffs” imposed on imported goods. But such policies may be the only way for rich-world consumers to take responsibility for their carbon footprint in other countries.

LONDON – The climate activist Greta Thunberg has accused developed economies of “creative carbon accounting” because their measures of greenhouse-gas (GHG) emissions, and of achieved and planned reductions, fail to consider the gases emitted when imported goods are produced in other countries. As Chinese officials quite rightly point out, about 15% of their country’s emissions result when goods are made in China but consumed in other, usually richer, economies.

China and other developing economies also are instinctively wary of developed-country proposals to combine domestic carbon prices with “carbon tariffs” imposed on imported goods. But such policies may be the only way for rich-world consumers to take responsibility for their carbon footprint in other countries.

The “creative accounting” charge would be unfair if it were meant to imply deliberate concealment; the United Kingdom’s government, for example, publishes an easily accessible carbon-footprint report. But the figures certainly support Thunberg’s point. In 2016, the UK emitted 784 million tons of GHGs on a consumption basis, versus 468 million tons on a production basis. And from 1997-2016, the UK’s consumption-based emissions fell by only 10%, compared to a 35% decrease in production-related emissions.

Likewise, the European Union’s total consumption-based emissions are about 19% higher than those related to production. And while the United States’ gap of 8% is smaller in percentage terms, on a tons-per–capita basis it is just as large.

China is easily the biggest counterpart to this developed-economy gap, with consumption emissions of about 8.5 gigatons per year, versus ten gigatons on a production basis. And while China’s per capita emissions have already overtaken the UK’s on a production basis, it will be several years before the country’s per capita consumption footprint exceeds that of the UK.

So, if the developed world is serious about limiting potentially catastrophic climate change, it must take responsibility for emissions that its consumption generates abroad.

There are only two ways to do this. One is for the rich world to consume less. But although more responsible lifestyles – buying fewer clothes, cars, and electronic goods, or eating less red meat – should certainly play a role in making zero-carbon economies possible, such changes alone will not get us close to zero emissions. Nor will they necessarily close the consumption-versus-production gap, because consumption of domestically produced goods could fall as much as that of imports. And reduced imports by developed countries mean reduced exports for poorer economies, creating challenges for economic development.

The alternative is to ensure that imported goods are produced in a low- and eventually zero-carbon fashion. The ideal policy to achieve this would be a globally agreed carbon price, which would encourage producers in all countries to adopt low- or zero-carbon technologies. Absent this ideal, there are now growing calls in Europe and the US for a second-best solution – domestic carbon prices imposed in particular countries plus “border carbon adjustments,” meaning carbon-related tariffs on imports from countries that do not impose an equivalent carbon price on their producers.

The immediate reaction of policymakers in China, India, and many other developing countries may be to condemn such policies as yet more protectionism in a world already destabilized by US President Donald Trump’s tariff wars. And anti-Chinese political rhetoric in the US – sometimes including the absurd accusation that China is an irresponsible polluter even though its per capita emissions are half those of the US – creates a difficult environment for rational policy assessment.

But in most industries, the combination of domestic carbon prices and border carbon tariffs poses no threat to the competitiveness and growth prospects of exporting companies in developing economies. Imagine that European steel producers were subject to a new carbon tax of €50 ($54) per ton of CO2 within Europe, which also applied to imports of steel from China or anywhere else. In that case, the relative competitive position of European and foreign steel producers seeking to serve European customers would be unchanged compared to the no-tax starting point. And Chinese or Indian steelmakers, or companies in other high-emission sectors, are as well placed as their European or US peers to adopt new technologies that reduce the carbon content of their exports (and thus their liability to border carbon taxes).

Indeed, domestic carbon prices plus border adjustments are simply an alternative route to achieving the international level playing field that ideally would be secured through a global carbon price applied simultaneously in all countries. There is one crucial difference, though: if carbon taxes are imposed at the importing country’s border, rather than within the exporting country, then the importing country gets to keep the tax revenue.

That fact increases the incentive for exporting countries to impose equivalent domestic carbon taxes, rather than leaving their companies to pay taxes at the importing country’s borders. As a result, domestic carbon taxes with border adjustments could well prove to be an effective stepping-stone toward common global carbon prices, even if explicit international agreement on a global regime cannot be achieved.

Furthermore, such an approach suggests a potentially attractive way to encourage wider acceptance of border tariffs as being legitimate, necessary, and unthreatening. To be sure, the revenues from any carbon taxes levied on domestic producers should be used within the domestic economy – whether to support investment in low-carbon technologies or as a “carbon dividend” returned to citizens. But there is a good argument for channeling the revenues from carbon tariffs to overseas aid programs designed to help developing countries finance their transition to a zero-carbon economy.

Thoughtful developing-economy negotiators should argue for such revenue transfers, rather than opposing a policy that developed countries will have to deploy. After all, richer economies must not only drive down their own industrial emissions, but also take responsibility for those that their consumption is generating elsewhere in the world.