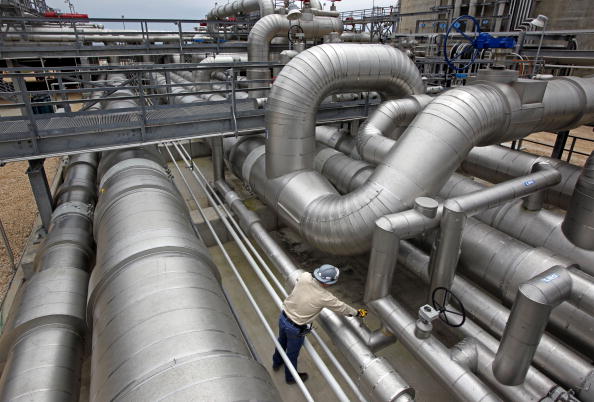 Gas demand in the transport sector has been forecast to rise at an annual pace of 3.5% over the GECF outlook period (until 2050), much faster than in other sectors, achieving about 478bcm in 2050. Transport utilisation will account for 8% of global gas consumption, Doha-based Gas Exporting Countries Forum (GECF) said in its latest outlook. In 2018, natural gas demand in the transport sector totaled 157bcm, constituting 4% of global gas consumption. Nearly 56% (87bcm) was related to the usage in pipeline transport, 44% to the road (58bcm) and marine (11bcm) segments, GECF said in its ‘Global gas outlook 2050’ released in Doha recently. GECF forecasts show that this robust gas demand growth rate will be encouraged by important progress in natural gas vehicles (NGVs), partially through policy initiatives aimed at offsetting transportation emissions, which account for more than 24% of global GHG emissions. The International Maritime Organisation (IMO) regulations are also forecast to have an impact on gas demand in transport, as the maritime industry begins to switch to Liquefied natural gas (LNG). “In spite of the growing interest of gas applications in the railway industry, demand volumes in this segment are forecast to develop at a moderate pace, while road transport will drive consumption,” GECF noted. About 214bcm of incremental gas volumes to 2050 are expected to stem from the development of the global NGV market. The use of LNG as a marine bunkering will be another promising area with additional consumption of 76bcm within the forecast horizon. Overall, global gas demand in the land and marine transport segments (excluding gas used in pipeline transport) is projected to rise by about 300bcm, from 70bcm in 2018 to over 370bcm by 2050. It will correspond to a growth rate of 5.4% per year, GECF noted. The increasing availability of natural gas, together with its economic and environmental advantages, make NGVs a very prominent alternative to diesel and gasoline-based engines in road transport. Liquefied petroleum gas (LPG) is also widely used across the world. However, being a mixture of propane and butane it is not as clean as natural gas, whose main chemical component is methane. Over the last decades natural gas, predominantly in the form of compressed natural gas (CNG), has made remarkable progress in various sub-markets – passenger buses, light commercial vehicles (LCVs) as well as heavy-good vehicles (HGVs) and special mining and haulage company trucks. Surging by almost 17% per year, natural gas demand in the road transport segment increased from 4bcm in 2000 to about 58bcm in 2018. Major contributions to this growth came from Asia Pacific (China, India, Pakistan) and the Middle East (particularly, Iran), while Latin America countries (mainly, Argentina and Brazil) experienced moderate rise, staying around the same volumes from 2005 to 2018. In spite of the impressive growth rate, natural gas represents less than 2.5% of the total energy consumed in the global road transport market, which is currently dominated by oil-based products — gasoline and diesel — with a 96% share. As many countries are adjusting legislation to reduce the environmental impact of transportation modes and setting targets to mitigate air pollution, GECF anticipates that the role of methane in this segment will grow over the forecast period, assuming a higher uptake of NGVs and a corresponding level of gas demand. Favourable government policies and regulatory frameworks are expected to be the forces driving increasing penetration of natural gas in road transport. The natural gas share of energy demand in the global road transport market (estimated to grow from 2,154mn tonnes oil equivalent — Mtoe in 2018 to 2,420Mtoe by 2050) — is forecast to rise from 2.5% in 2018 to 10% by 2050, while petrol and diesel will go down from 96% to 83%. Over the same period, electricity use is projected to increase from 0.3% to 6%, a much more impressive growth. Given that EV penetration into all vehicle classes is underway, they are considered to be a more realistic option for the passenger, public transport and LCV segments, while the potential of NGVs could be much higher in the HGV segment, where transport costs are more vital. Moreover, environmental regulations are set to be stricter, propelling fuel replacement in oil-based products. In this context, GECF noted the future prospects of natural gas will be mostly concentrated in HGVs, driven by anticipated restrictions on the use of diesel trucks in a range of countries. The majority of gas demand is expected to come from LNG powered trucks thanks to their high annual mileage. It is worth mentioning that governments of more than 10 countries in 2017-2019 introduced forward-looking sales bans on new diesel or petrol vehicles for 2025-2040, which represents an additional push for gas usage, GECF said.