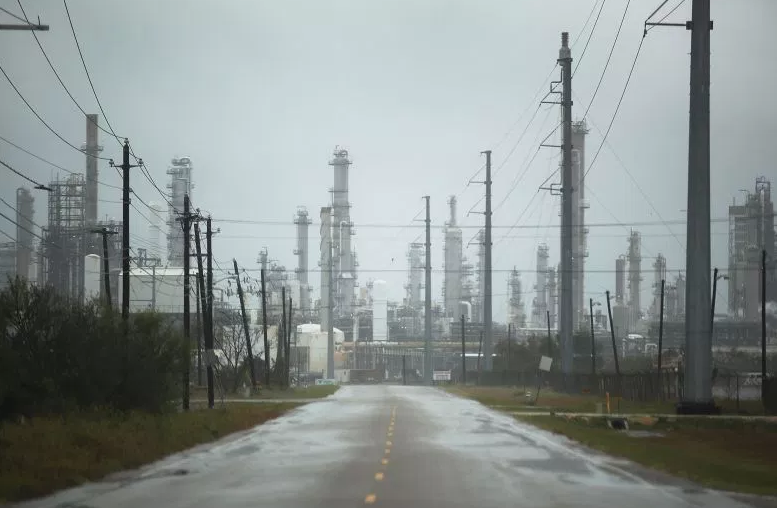 The shale boom has created a world awash with crude, putting a lid on prices and markedly reducing U.S. dependence on imported energy. But there’s a growing problem: America is producing the wrong kind of oil.

Texas and other shale-rich states are spewing a gusher of high-quality crude — light-sweet in the industry parlance — feeding a growing glut that’s bending the global oil industry out of shape.

Refiners who invested billions to turn a profit from processing cheap low-quality crude are paying unheard of premiums to find the heavy-sour grades they need. The mismatch is better news for such OPEC producers as Iraq and Saudi Arabia, who don’t produce much light-sweet, but pump plenty of the dirtier stuff.

The crisis in Venezuela, together with OPEC output cuts, will exacerbate the mismatch. The South American producer exports some of the world’s heaviest oil and the Trump administration sanctions announced this week will make processing and exporting crude far more difficult. American refiners are scrambling for alternative supplies at very short notice.

“We still have some holes in our supply plan” over the next 30 days, Gary Simmons, a senior executive at Valero Energy Corp., the largest refiner in the U.S., told investors on Thursday. “We are not taking anything from Venezuela.”

Crude isn’t the same everywhere: the kind pumped from the shale wells of West Texas resembles cooking oil — thin and easy to refine. In Venezuela’s Orinoco region, it looks more like marmalade, thick and hard to process. Density isn’t the only difference — the sulfur content is also important, dividing the market into sweet and sour crude. Heavy crude tends to have more sulfur than light crude.

As Saudi Arabia, Russia and Canada cut production, and American sanctions force Venezuelan and Iranian exports lower, the market for low-quality crude is feeling the impact.

For consumers and politicians focused on the headline oil price for Brent and West Texas Intermediate, the most popular benchmarks, it may not matter much. Car drivers could even benefit, because too much light-sweet crude often leads to too much gasoline, and lower prices. On the flip side, truckers may find themselves short-charged, as refiners prefer heavy-sour crude to make diesel.

To oil traders in the physical market, it provides opportunities to profit from the changing price spreads between different crude varieties.

Few oil executives see the market changing anytime soon. The supply and demand balance could deteriorate further as OPEC deepens output cuts next month — Saudi Arabia has warned it will reduce production even further in February. Saudi oil exports into the U.S. last week fell to the second-lowest level in nearly a decade.

At the same time, U.S. shale production keeps growing, feeding the glut of light-sweet crude. The proportion of light crude in U.S. total petroleum output has risen to nearly 57 per cent, up from 51 per cent in early 2017, according to Bloomberg calculations based on U.S. Energy Information Administration data.

In the physical market, oil price differentials for some important varieties of heavy-sour crude — including Russia’s main export grade, Urals, and Mars Blend from the U.S. Gulf of Mexico — are at the strongest levels in five years, according to data compiled by Bloomberg.

“OPEC is having the impact that they wanted in the physical market, which is tightening,” Marco Dunand, chief executive officer of commodities trader Mercuria Energy Group Ltd.

Heavy-sour crude is becoming so expensive — and gasoline refining margins are so low — that some U.S. refiners are running their most sophisticated kit at low rates in an effort to save money. Others are likely to follow.

The cracking margin for heavy-sour crude for the most sophisticated refineries in the Gulf of Mexico has fallen to about US$2.50 per barrel in recent days, compared with a five-year average of US$12 a barrel, according to data from consultant Oil Analytics Ltd.

The global refinery has no option but to adapt almost in real time. Valero is “changing the way it’s sourcing crude on a weekly, daily basis to try to get the best netback we can on the plants,” Joe Gorder, chief executive officer, told investors on Thursday.