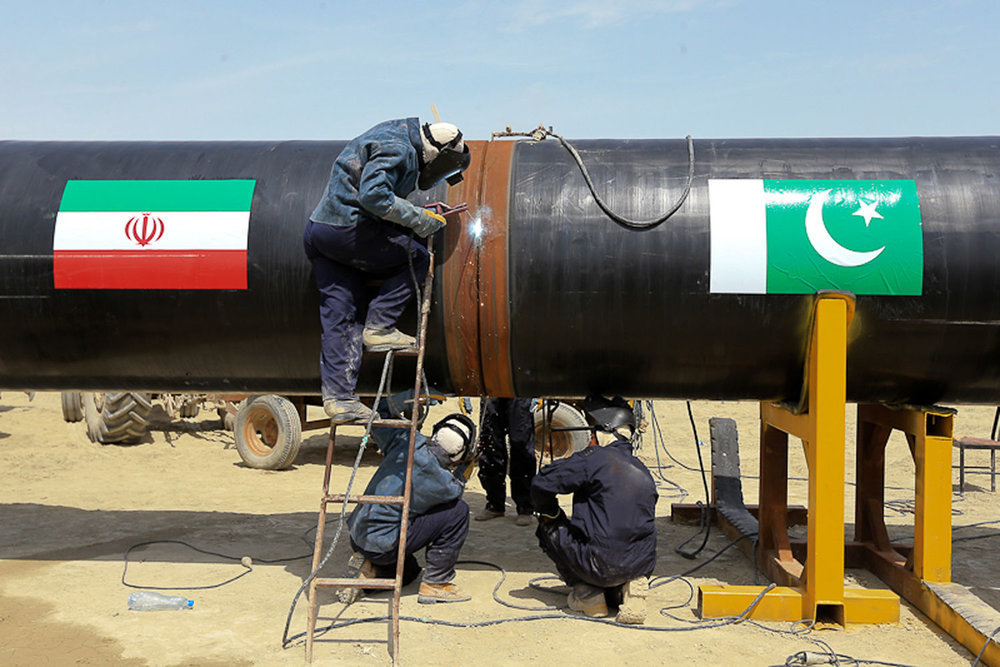 In a new development, Iran has invited Pakistan’s legal team to thrash out if sanctions are effective on gas transactions or not after getting 10-12 legal questions from Islamabad side. Iran is of the opinion that Pakistan needs to get waiver from US on gas as India and other countries managed. Pakistan and Iran signed GSPA (gas sales purchase agreement) in 2009 under IP gas pipeline project in era of Pakistan Peoples’ Party. Since then the project could not get the shape, rather this mega project witnessed many upheavals in the shape of US sanctions first by Obama administration, and under latest scenario more stern curbs by Trump administration. The project was to be implemented under segmented approach meaning by that Iran had to lay down the pipeline on its side and Pakistan had to build the pipeline in its territory. The project was to be completed by December 2014 and come on stream from January 1, 2015. Under the penalty clause it was agreed by both sides that if Pakistan fails to have intake of Iranian gas from January 1, 2015, it will have to pay $1mn per day as penalty. Pakistan has failed to lay down pipeline of 781km in its territory on account of failure in arranging the funding mainly because of the sanctions imposed on Iran for its nuclear ambitions. But in 2016, the Nawaz government had shelved the project apparently in the wake of pressure of one of the leading UAE countries, but the then Petroleum and Natural Resources Minister Shahid Khaqan Abbasi had confirmed saying: “The government had deferred the project as government wanted the private sector to invest in the LNG terminals and import LNG in the country and to this effect, both new LNG terminals are being erected. “Now under the latest scenario, we have sent to Iranian legal team about 10-12 questions contesting the opinion of Iran on gas sanctions and in return Iranian side has invited Pakistan legal team to hold in-depth talks with its legal wizards over sanctions on gas transaction,” a senior official of Petroleum Division said.

However, Minister for Petroleum and Natural Resources, Ghulam Sarwar Khan said, “Yes, both the countries are engaged on this issue, but advancement on IP gas line is conditional with the lifting of the sanctions. However, the decision will be made keeping in view the supreme interests of the country.” The law firm of known international law expert of Ahmar Bilal Soofi on behalf of Pakistan has carved out a questionnaire of 10-12 for legal team in Iran. When contacted Bilal Soofi confirmed saying his firm has sent its response asking for the legal framework under which the sanctions become effective on some commodities not on gas. However, he opted to avoid to response when asked about the details of the questions saying it will not be proper to unravel the details as it is the prerogative of the government of Pakistan. Tehran earlier in November, 2018 asked Islamabad in official engagement held in Islamabad to get the waiver from US sanctions as India has managed, to implement the much delayed Iran-Pakistan (IP) gas line project. Iranian side in November talks had also emphasised arguing that there exists no sanctions particularly on gas transactions, so Pakistan should come forward and start working for IP gas line implementation. The Iranian team had asked authorities to initiate concerted efforts to get waiver from US for implementation of the IP gas line project if Pakistan considers that US sanctions are also active on gas- related transactions. Iranian side in favour of its arguments also said that India has managed the waiver and Pakistan needs to follow the suit. The Trump administration on November 5 imposed a new raft of sanctions on Iran after backtracking from landmark 2015 international agreement on Iran’s nuclear programme. However, the US has granted exemptions to eight countries that include China, India, Greece, Italy, Taiwan, Japan and South Africa allowing them to continue buying Iranian oil. Pakistan response said that waiver for eight countries exists for 6 months. And after that they will have to arrange other sources for oil business. However, Petroleum Division had assured Iran that it will consult the law firm which is on the panel of Inter-State Gas System (ISGS) which will be in touch with legal minds of Iran on this particular issue. “There were three kind of sanctions imposed from UN, US and EU on Iran,” a senior official said adding that EU sanctions have turned mild, but still there are some selected parameters. However, we need to examine all the sanctions’ impact and their nature and will come up with professional opinion on the issue Iran has raised with Pakistan.” Iran in February, 2018, according to the official, threatened to move arbitration court against Pakistan for unilaterally shelving IP gas line project invoking penalty clause of the Gas Sales Purchase Agreement (GSPA). Tehran had asked for the payment of over $1.2bn as under the penalty clause from January 1, 2015, as Pakistan is bound to give penalty of $1mn per day if it fails to have intake of gas from Iran under IP project.