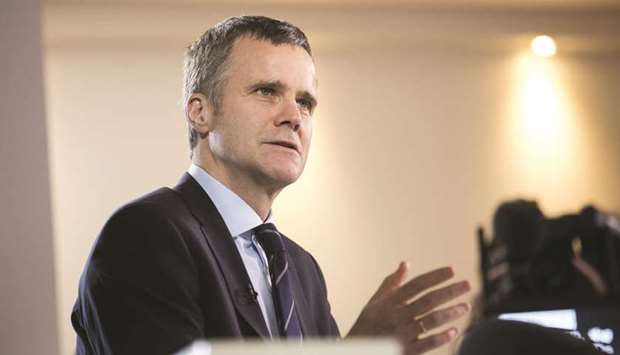 BP has agreed to broaden its disclosure on greenhouse gas emissions to show how it thinks future investments in oil and gas align with UN-backed climate goals, it said yesterday.
Following talks with a large group of investors, BP also agreed to back a shareholder resolution on the measures at its annual general meeting (AGM), further evidence of the way the energy industry and investors are engaging on climate issues.
The agreement with a group of investors with $32tn under management, known as Climate Action 100+, comes weeks after rival Royal Dutch Shell agreed to introduce broad carbon emissions targets linked to executive pay.
Unlike other companies, BP has agreed to detail how major future investments in fossil fuels will be consistent with the 2015 Paris agreement to reduce carbon emissions to net zero by the end of the century by phasing out fossil fuels.
It will set out new metrics to measure greenhouse gas emissions from its operations.
BP said in a statement it would link carbon targets to the remuneration of 36,000 of its employees, including executive directors.
If the resolution is approved at the AGM, BP will introduce these changes into its reporting for 2019 onwards.
But the joint agreement revealed a fundamental rift with investors over BP’s statement that its strategy today was in line with the Paris agreement.
“Investors remain concerned that the company has not yet demonstrated that its strategy, which includes growth in oil and gas as well as pursuing low carbon businesses, is consistent with the Paris goals,” Climate Action 100+ said in statement.
BP plans to rapidly grow oil and gas production over the next five years thanks to more than a dozen new projects launched in recent years, as well as the $10.5bn acquisition of BHP’s US shale portfolio last year.
“We will be open and transparent about our ambitions and targets as well as our progress against them,” BP chairman Helge Lund said in a statement.
BP chief executive officer Bob Dudley has repeatedly said that while the oil and gas sector needs to play a role in the transition to low carbon energy, it still needs to meet growing demand for fossil fuels, particularly in emerging economies.
“BP is committed to helping solve the dual challenge of providing more energy with fewer emissions. We are determined to advance the energy transition while also growing shareholder value,” Lund said.
Investors and analysts have said many oil and gas projects, such as complex and expensive investments in Canada or some deepwater basins, will not be needed in the transition to a low carbon energy.
While BP agreed to increase its disclosure around climate, it also rejected another resolution tabled by climate activist group Follow This calling for emission reduction targets for all its operations, including emissions from products it sells to customers, known as Scope 3.
BP announced in April plans to keep carbon emissions flat over the decade to 2025 even as its oil and gas output was set to grow.
It also plans to invest up to $500mn per year on renewable energies such as solar, wind and power storage.