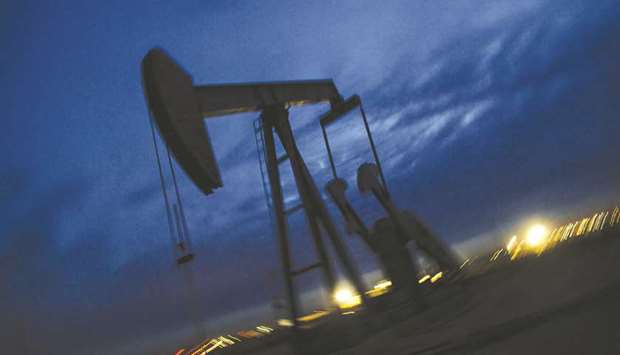 Exxon Mobil Corp and Chevron Corp bided their time, watching smaller independent drillers make the first moves in shale before placing their bets. Now they’re all in.
The two US supermajors are investing heavily in Texas pipelines and processing facilities as they build out their rig-to-refinery approach to the Permian Basin, demonstrating how shale is becoming a core driver of the world’s biggest oil companies’ future growth.
Both Exxon and Chevron nearly doubled production from the Permian over the last 12 months and expect strong expansion to continue. For Chevron, the region will produce a fifth of all its oil by the mid-2020s. But rapid growth brings transportation and refining challenges. This is where the supermajors think they can steal a march on rivals, who have until now stolen the show in the world’s premier shale field.
Exxon will “bring fundamental science and technology, bring large-scale efficient development and bring an integrated well-to-market approach” to the Permian, chief executive officer Darren Woods said during a call with analysts Friday. “We believe our approach will deliver the lowest-cost supply and give us a significant advantage over the rest of the industry.”
The supermajors only produce about 9% of Permian oil so “have a long way to run,” according to Raoul LeBlanc, a Houston-based analyst at IHS Markit. But they’re coming on fast. At the start of 2017, they spent less than 5% of drilling and well completion capital in the Permian and by the end of 2018 they had jumped to 15%, he said.
While the Gulf Coast refining hub is the natural destination for Permian oil, processing all that crude is not so simple. For years, refiners upgraded facilities to handle heavy, high-sulphur oil from Venezuela, Canada and Mexico as US production waned. But the shale boom brought an abundance of light, low-sulphur crude that isn’t optimal feedstock for heavy
refineries.
So more capacity is needed. To handle surging Permian oil flows, Exxon is expanding capacity at its Beaumont refinery in Texas by 65%, a move that will make it North America’s biggest. The cost will be about $1.1bn, according to analysts at Cowen & Co Exxon also signed off on a giant crude pipeline, developed with Plains All American Pipeline LP and Lotus Midstream LLC, that will ultimately carry 1mn barrels a day.
Keeping pace, Chevron agreed to buy a Houston-area refinery from Brazil’s Petrobras for $350mn, the company’s first refinery acquisition in decades. The ageing operation that mainly processes the light crude harvested from US shale will boost Chevron’s Gulf Coast refining capacity by almost a third.
“It is in a great location and that allows us to integrate increasing light crude production out of West Texas,” chief executive officer Mike Wirth said on a call with analysts.
For the sceptics, it’s about time. While smaller rivals were experimenting with fracking technology and buying up drilling rights in the now-prolific basin early in the decade, Exxon and Chevron didn’t really get going until years later.
Although Exxon’s inaugural foray into shale happened in 2010 with the $35bn purchase of XTO Energy Inc, that was a gas deal. The real money was in oil, spurring Exxon to spend a further $6.6bn in 2017 to amass Permian drilling rights from the Bass family.
As for Chevron, the California-based driller inherited a commanding 2.2mn acres of drilling rights, the second-largest behind Occidental Petroleum Corp’s, from its 2001 takeover of Texaco Inc.
Both companies have gone through steep learning curves, picking up techniques from smaller rivals. Still, there are worries they haven’t yet caught up.
“There are concerns that you are perhaps not as leading-edge as we might want you to be in terms of your Permian performance on a returns basis,” Paul Sankey, a New York-based analyst at Mizuho Securities USA LLC, said to Chevron’s Wirth on the call.
Wirth responded by saying returns are “very, very strong.”