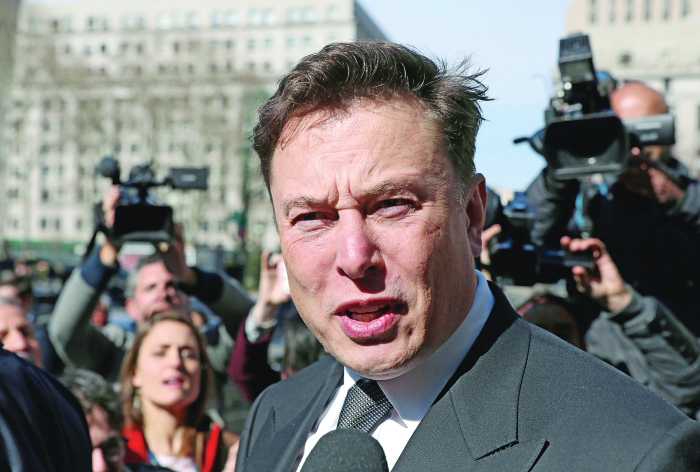 Reuters
Tesla Inc on Friday was set to raise up to $2.7 billion in a record-setting capital raising for the electric carmaker, as investors scooped up a mix of new stock and convertible notes that will recharge the company’s cash-depleted balance sheet.
The company said in a filing that it had raised its offer to 3.1 million shares, rising to 3.5 million including a tranche for underwriting banks, from an initially planned 2.7 million, priced at $243 per share.
The filing also showed it would place convertible debt worth $1.6 billion, up from an initial planned $1.35 billion.
That all pointed to buoyant interest in the offering and shares in the company rose 1.5 percent in trading before the bell.
The company did, however, set the coupon for the debt offering at 2.0 percent — the top of its indicated range — showing it had to concede ground to investors.
The conversion premium of 27.5 percent over the reference price for Tesla shares, at which the bonds can be converted to stock in future, was at the low end of an initial range of between 27.5 percent and 32.5 percent.
Tesla’s launch of a capital raise was greeted with relief by Wall Street on Thursday after a tumultuous year which has seen analysts and investors cast doubt on its ability to produce, sell and deliver enough cars to make a sustainable profit.
The company faces expensive challenges, including launching production in China, overhauling its U.S. retail and service operations and developing new models, including the high-volume Model Y SUV and a Semi commercial truck.
Many analysts had calculated that without new cash Tesla — which burned through $1.5 billion in the first quarter and has seen demand for its cars soften — would not be able to carry out its plans.
The company said that after all costs had been deducted it could now get up to $2.7 billion in new capital from the offer. That compared to the $2.2 billion in cash reserves the company held at the end of March.
Billionaire Musk, whose fortune centers around a 20 percent stake in the $42-billion company, has also doubled his initial commitment for buying shares and will now buy stock worth up to $25 million, the company said.
Including the option for underwriters to buy 15 percent in each offering, Tesla will sell about $860 million in new shares and $1.84 billion in debt.
Tesla had said on Thursday it would raise up to $2.3 billion in new capital through shares and debt. That included an offering of 2.7 billion shares worth around $650 million and $1.35 billion in debt, before issues to underwriters.