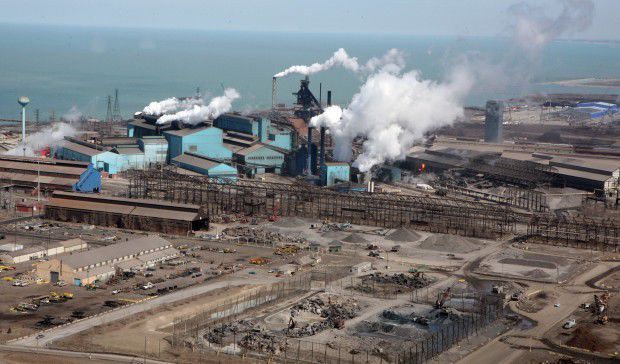 US Steel Corp’s plan to invest more than $1bn at two of its Pennsylvania plants helps alleviate two key complaints against the once-dominant company: it had under-invested until recently in its facilities and done too little to mitigate its emissions. A new “sustainable” casting and rolling facility will be built at the Edgar Thomson Plant and a co- generation facility at the Clair- ton Plant, the Pittsburgh-based company said on Thursday in a statement. The first investment will improve the “quality and attributes of its downstream products,” while the second facility will be “equipped with state-of-the-art emissions con- trol systems.” The announcement was met with mixed reviews from analysts. The investment will result in “significantly” greater negative free cash flow than fore- cast from 2020-2021, Credit Suisse analysts including Curt Woodworth said in a note. The announcement “is proof positive that US Steel’s competitive posi- tion has weakened over time” and therefore requires substan- tial reinvestment, the analysts said, noting that the Edgar Thomson plant was built in 1872. US Steel fell 5.8% to $14.39 in regular trading on Thursday in New York, bringing its decline this year to 21%. On Monday, PennEnvironment Inc and the Clean Air Council filed a lawsuit alleging the steel company violated its Clean Air Act permit by not resuming use of pollution controls for sulphur dioxide and hydrogen sulphide following a December 24 fire at Clairton. The company said the same day it was reviewing the complaint. The announcement on Thursday “comes in the wake of the Clairton Coke disaster and offers a positive long-term solution to its SO2 emissions variability,” Keybanc Capital analyst Philip Gibbs said in a note. “The co-generation investment is expected to improve environmental efficiency, reduce energy con- sumption costs, and reduce its carbon footprint.” US Steel is one of the American companies that saw significant profit gains after the tariffs on steel and aluminium imports were imposed last year, though the levies have shown mixed results for the industry as a whole. President Donald Trump took the company’s announce- ment on Thursday as a vindi- cation for his tariff policies, congratulating US Steel for its investment in “America’s most INNOVATIVE steel mill.”