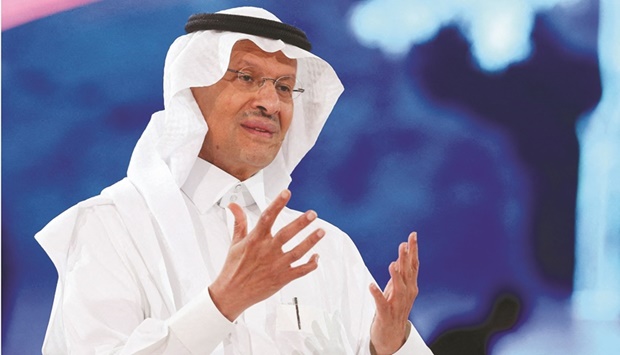 Saudi Arabia’s energy minister said Opec+ will remain cautious on oil production, weeks after the group angered the US by lowering output.
The 23-nation alliance, led by Riyadh and Russia, is set to meet on December 4 to decide whether to cut production again, keep it stable or reverse course and pump more. Members are looking at the state of the global economy and seeing plenty of “uncertainties,” Prince Abdulaziz bin Salman said.
Oil has dipped since June as central banks raise interest rates and China maintains its Covid Zero strategy. But Brent is still above $95 a barrel and up 23% this year, with many traders concerned about supply shortages once the European Union effectively bans the import of Russian crude from next month.
“Our theme is being cautious,” the minister said at the Saudi Green Initiative during the COP27 climate summit in Egypt. “It’s about being responsible and not losing sight of what the market requires.”
He cited last month’s report from the International Monetary Fund that said the “worst is yet to come” for many economies.
“It’s about recession,” he said in a Bloomberg TV interview. “I also see what central banks are saying and doing.”
China loosened some coronavirus restrictions on Friday, including cutting the amount of time travellers must spend in quarantine. The move boosted oil prices and Chinese stocks. But many analysts doubt there’ll be a rapid reopening of the country.
“The jury is still out,” Prince Abdulaziz said. “The Chinese authorities are saying they are going to continue to be strict and diligent and follow the same regimentation that they have.”