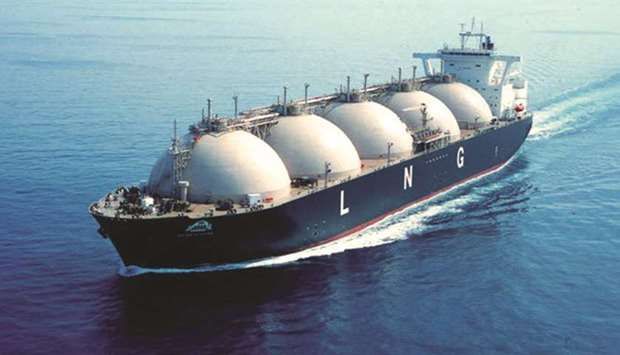 As a low-cost LNG supplier, Qatar will remain in a “relatively strong competitive position” even after 2030, although demand is likely to peak in the mid-2030s, with increasing use of renewables in the energy market having a gradual impact on demand for hydrocarbons, S&P Global noted in its ratings upgrade.
S&P recently raised its long-term sovereign credit rating on Qatar to ‘AA’ from ‘AA-‘, assigned a stable outlook, and affirmed the country’s ‘A-1+’ short-term rating.
In its overview, S&P noted Qatar’s debt interest costs as a share of government revenue have fallen, and therefore it expects them to remain low because the government is repaying maturing debt.
Additionally, the government’s revenue stream will be significantly enhanced by the North Field expansion, whereby Qatari liquefied natural gas production capacity is expected to increase by 64% (by 2027).
“The upgrade reflects structural improvements in the Qatari government’s fiscal position. The government’s strategy of paying off maturing debt, will sustainably reduce debt-servicing costs to below 5% of general government revenue over 2022-2025,” S&P said.
Higher gas production related to the North Field expansion, expected to come onstream from end-2025, should further increase Qatari government revenue.
Qatar remains one of the largest exporters of LNG globally. Between 2025 and 2027, the government plans to increase its LNG production capacity by about 64%, from 77mn tonnes per year to 126mn tpy.
The strategic pivot away from Russian gas, particularly by European economies, suggests there will be a ready market for the additional Qatari gas.
In its forecast, S&P said, “We assume that LNG production levels will be largely flat until 2025, but increase by about 30% over 2026-2027, on the assumption that the full increase in capacity will take some time to be fully utilised.”
S&P said it expects “strong” non-hydrocarbon sector growth as Qatar hosts the FIFA World Cup from November 20 to December 18, which will support an economic expansion of about 5% in 2022.
After the tournament, S&P has forecast real GDP growth will average about 2.5% over 2023-2025 as gas production levels remain broadly stable and non-hydrocarbon sector growth normalises around 4%.
The country’s strong general government net asset position remains a credit strength and it expects it to increase over the period to 2025, supported by investment returns on Qatar’s sovereign wealth fund, Qatar Investment Authority (QIA), assets, and the government’s repayment of maturing external debt.
Averaging about 150% of GDP in 2022-2025, Qatar Government’s large liquid assets provide it with a strong buffer to mitigate the economic effects of external or financial shocks.