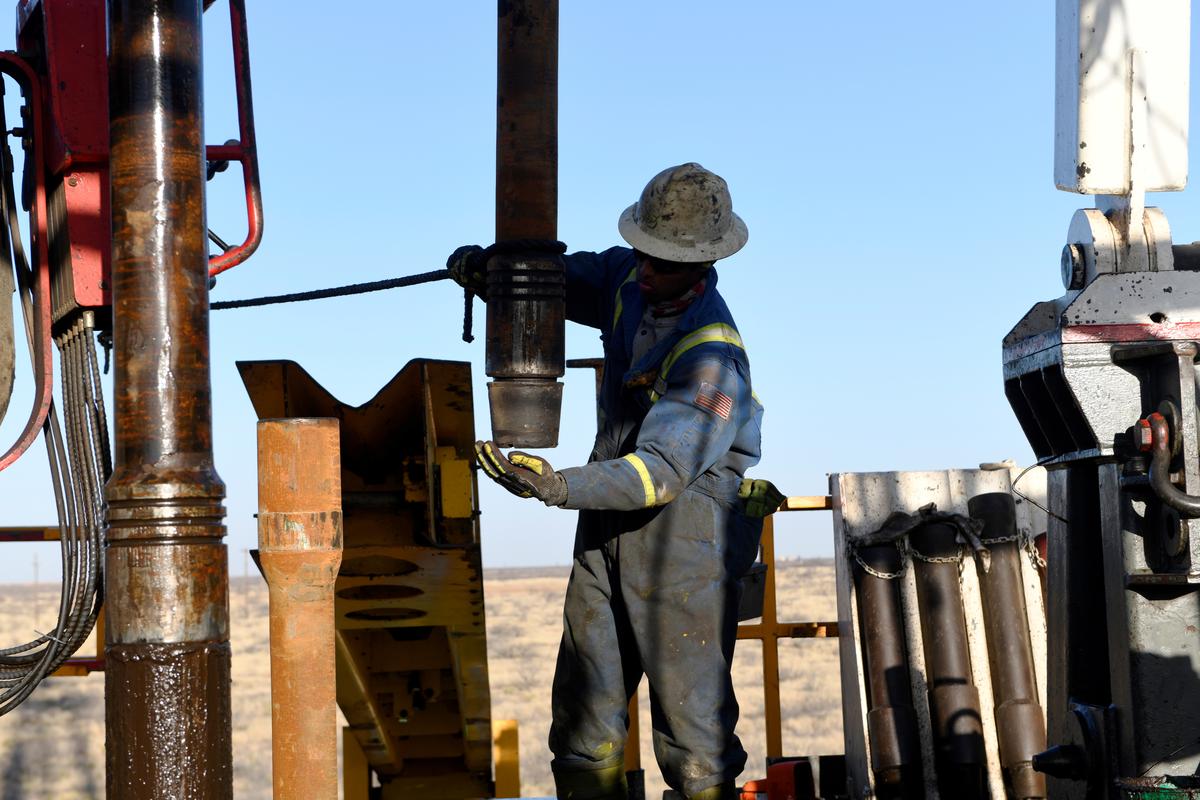 NEW YORK — Oil prices crashed on Monday, suffering their biggest daily rout since the 1991 Gulf War, after the collapse of an OPEC+ supply agreement that now threatens to overwhelm the world with oil, inciting panic throughout the energy sector.

After failing to come to an agreement to cut supply, Saudi Arabia and Russia over the weekend pledged instead to ramp up production, which could quickly flood global markets with oil at a time when demand has already weakened substantially.

The market’s reaction has been furious, with crude futures plunging by nearly 20%, while energy stocks collapse as shale producers frantically cut future expenditures in anticipation of a drastically different outlook than a few days ago.

Should these losses hold, it would be the biggest one-day percentage decline for both benchmarks since Jan. 17, 1991, the outset of the U.S. Gulf War, when it fell by a third.

A three-year supply pact between members of the Organization of the Petroleum Exporting Countries, which includes the group’s top producer Saudi Arabia, and Russia fell apart on Friday after Moscow refused to support deeper oil cuts to cope with the outbreak of coronavirus.

OPEC responded by removing all limits on its own production, prompting fear of a supply hike in a market already awash with crude.

Despite sliding demand for crude due to the coronavirus, Saudi Arabia plans to boost its crude output above 10 million barrels per day (bpd) in April after the current deal to curb production expires at the end of March, two sources told Reuters on Sunday. Saudi Arabia also cut its official crude selling price.

The kingdom has been producing around 9.7 million bpd in recent months.

Russia, one of the world’s top producers alongside Saudi Arabia and the United States, also said it could lift output and that it could cope with low oil prices for six to 10 years.

The countries along with several other producers have cooperated for three years to restrain supply. The OPEC+ talks collapsed after OPEC effectively presented Russia with an ultimatum on Thursday, offering it a choice of accepting a deal with much bigger than expected cuts or no deal at all.

“The prognosis for the oil market is even more dire than in November 2014, when such a price war last started, as it comes to a head with the signiﬁcant collapse in oil demand due to the coronavirus,” Goldman Sachs said.

Saudi Arabia, Russia and other major producers last battled for market share in 2014 in a bid to put a squeeze on production from the United States, which has not joined any output limiting pacts and which is now the world’s biggest producer of crude.

The global outbreak of the coronavirus prompted OPEC to seek additional output cuts. More than 110,000 people have been infected in 105 countries and territories and 3,800 have died, the vast majority in mainland China, according to a Reuters tally.

China’s efforts to curtail the coronavirus outbreak has disrupted the world’s second-largest economy and curtailed shipments to the biggest oil importer.

The International Energy Agency said on Monday oil demand was set to contract in 2020 for the first time since 2009. It cut its annual forecast by almost 1 million bpd and that the market would now contract by 90,000 bpd.

Major banks also have cut their demand growth forecasts. Morgan Stanley predicted China would have zero demand growth in 2020, while Goldman Sachs sees a contraction of 150,000 bpd in global demand.

Bank of America reduced its Brent crude price forecast from $54 a barrel to $45 a barrel in 2020.

“The radical shift in policy suggests that Saudi will allow inventories to build sharply over the next three quarters,” said a Bank of America Global Research report. “As a result, we now expect Brent oil prices to temporarily dip into the $20s range over the coming weeks.”