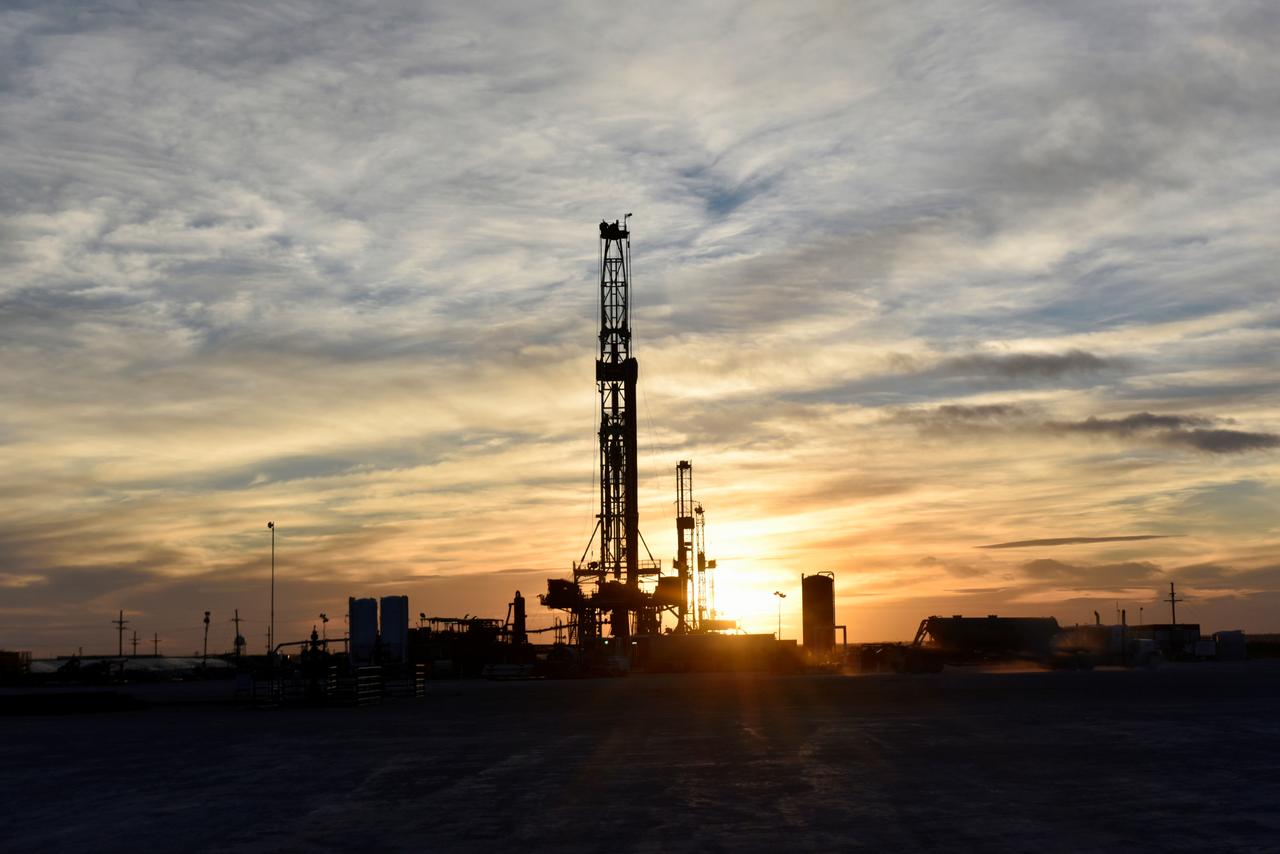 LONDON (Reuters) – Even before the OPEC+ output agreement broke down on Friday, sending oil prices into a tailspin, hedge funds had launched a second wave of oil-related selling and established one of the most bearish positions since the price crisis of 2014-2016.

Hedge funds and other money managers sold the equivalent of 133 million barrels in the six most important petroleum futures and options contracts in the week ending on Tuesday.

Over the last eight weeks, portfolio managers have sold a total of 579 million barrels, more than reversing purchases of 533 million in the final quarter of 2019.

The hedge fund community’s overall long position had been slashed to just 392 million barrels by March 3, down by 60% from 970 million at the start of the year, and the lowest since the start of 2019.

Fund managers have a in-built bullish long bias: they have never held a net short bearish position at any point in the last seven years, according to an analysis of data from regulators and exchanges.

On March 3, portfolio managers had a dynamic position that was net short by 99 million barrels, the most bearish since the start of 2019 (tmsnrt.rs/38xhDyp).

Overall, funds now hold just two bullish long positions for every bearish short, down from a ratio of almost 7:1 at the start of the year, and among the most bearish ratios at any point in the last seven years.

Portfolio managers have become especially negative about the outlook for distillate fuel oils such as diesel and gasoil, the refined products most closely connected with the business cycle.

Funds are more bearish on distillates than at any time since the global economy was still struggling to emerge from the commodity slump and mid-cycle manufacturing slowdown of 2015/16.

These bearish positions in crude and fuels had all been established before Saudi Arabia and Russia failed to agree on extending and/or deepening their output cuts at the OPEC+ meeting on Friday.

The combination of unrestrained production and weakening consumption has sent Brent prices down by a further $16 per barrel (31%) since Tuesday as investor sentiment has soured on the economy and oil even further.

Since Friday, Brent prices have experienced their sharpest one-day fall since U.S. forces moved to end Iraq’s occupation of Kuwait in January 1991, as traders respond to the unexpected collapse of the OPEC+ supply accord.

With Russia and Saudi Arabia now likely to lift output cuts and produce at their maximum capacity, prices will adjust down to the level set by the marginal producer, which in the last five years has been U.S. shale.