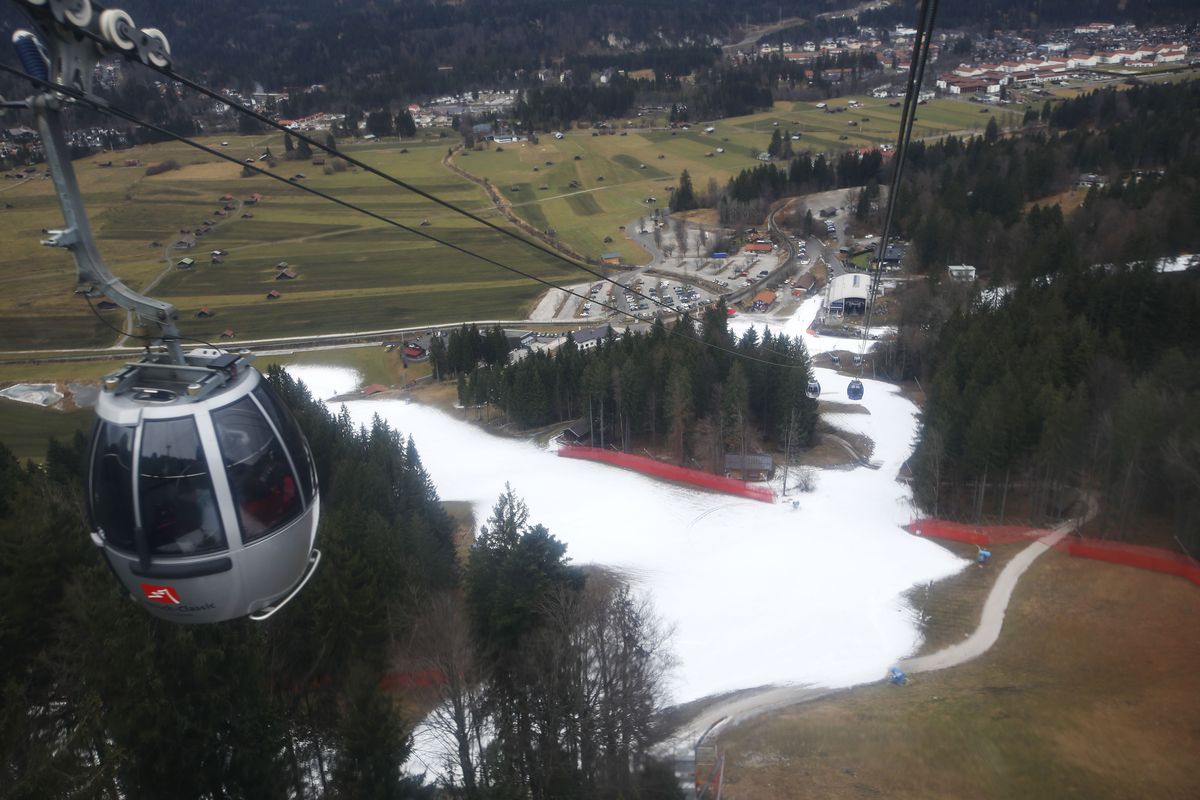 Even before the deadly virus struck, another menace confronted the global energy industry: the warmest winter anyone can remember. Russia’s winter was so balmy that snow was trucked into downtown Moscow for New Year, and bears came out of hibernation. In Japan, ski competitions were cancelled and the Sapporo Snow Festival had to borrow snow. On the shores of Lake Michigan, Chicago residents watched playgrounds and beaches disappear under the waves as warm weather swelled the water level. Norwegians basked in T-shirts in January. London’s spring daff odils have already flowered.

For global energy markets it’s a disaster — and as the world continues to get hotter it’s something producers, traders and government treasuries will have to live with long after the acute dislocation of the coronavirus has passed. The industry relies on cold weather across the northern hemisphere to drive demand for oil and gas to heat homes and workplaces in the world’s most advanced economies. Climate activists might find a certain poetic justice in energy markets suffering from the global warming caused by fossil fuels. Burning oil and other fuels to heat homes and businesses accounts for as much as 12% of the greenhouse-gas emissions blamed for raising the world’s temperatures. The loss in global oil demand due to mild temperatures is probably about 800,000 barrels a day in January, according to Gary Ross, chief investment off icer of Black Gold Investors LLC and founder of oil consultant PIRA Energy. That’s the equivalent of knocking out Turkey’s entire consumption. The natural gas market has taken a similar hit. “The oversupply keeps coming and winter so far hasn’t really showed up,” said Ron Ozer, chief investment off icer of Statar Capital LLC, an energy- focused hedge fund in New York. Last month was the hottest January ever in Europe, the Copernicus Climate Change Service reported. Surface temperatures were 3.1 degrees Celsius (5.6 degrees Fahrenheit) warmer than average. Northern Europe was particularly hot, with some areas from Norway to Russia more than 6 degrees above the 1981- 2010 January average. Temperatures in Tokyo took until February 6 to hit freezing point, the latest date on record. Globally, the last five years have been the hottest for centuries, as greenhouse gases change the Earth’s ecosystem. Natural gas prices have collapsed globally as the weather crimped the need for heating. US futures are trading at the lowest levels for this time of the year since the 1990s. Asian spot prices for liquefied natural gas have crashed to a record low as demand slumps in the world’s three biggest importers— Japan, South Korea and China. Based on weather-driven demand data, the US and Asia are having their warmest winters on record and Europe is having its second warmest, according to Joe Woznicki, a meteorologist for Commodity Weather Group LLC. A key measure of heating demand, known as heating degree days, is 12% below the 10-year average in the US, 14% lower in Asia and 13% in Europe. And it’s not just markets that are reeling. It’s also an issue for government treasuries. Russia, for example, relies on its oil and gas companies for around 40% of budget revenues. Oil exports have been holding steady, but gas exports are dropping. Sergei Kapitonov, gas analyst at Moscow- based Skolkovo Energy Center, estimates Gazprom’s exports to Europe and Turkey fell in January by about a quarter from a year earlier. Gazprom stock is down 11% this year. The collapse in oil prices — spurred by the coronavirus but pushed along by the warm weather — prompted a push to urge Opec+ allies for a production curb last week. Three days of wrangling in Vienna didn’t produce a clear result. From Algeria to Venezuela, similar dynamics are in play. This year’s especially warm winter was triggered by events in the Arctic. An intense weather pattern there kept the cold locked in the Arctic region, leaving North America and Eurasia relatively mild. “When the winds are stronger they act as a barrier to keep Arctic air focused over the pole and keeps them from spilling southward,” said Bradley Harvey, a meteorologist with Maxar in Gaithersburg, Maryland. “That is likely to continue for the balance of the month and even into March.” Rain patterns have also been unusual— and that’s added to volatility too. In Norway, the biggest source of electricity comes from running water through turbines. The wettest January since records began turned a deficit of water in reservoirs in December to a huge surplus in January—and sent prices crashing in the Nordic power market. The abnormal winter could hardly have come at a worse time for the US gas market, which is already suffering a glut. US shale drillers have delivered two years of unprecedented production growth and in the Permian Basin of West Texas and New Mexico there’s so much gas — the byproduct of drilling for oil — that producers are even paying to get rid of it. Europe and Asia were set to become important export outlets for American gas. Then the weather changed. “It’s unfortunate that we’re making all this LNG that’s not worth very much around the world,” Corey Grindal, senior vice president of supply at Cheniere Energy Inc, said.