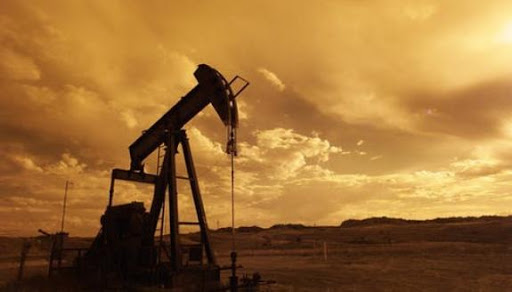 Natural gas prices in America’s biggest shale basin are going negative again as production surges faster than pipelines can be built to take it away. Gas for March delivery at the Waha hub, located in the Permian Basin of West Texas, has been trading below zero over the past week, Bloomberg Fair Value prices show. The rout is poised to get even worse as supplies swell, according to commodities bro- ker OTC Global Holdings.

Permian gas prices went nega- tive for the fi rst time in the spring of 2019, rebounding when Kinder Mor- gan Inc’s Gulf Coast Express pipeline started up in the fall. History is re- peating itself this year as gas output from the basin continues to soar, with the next major conduit not expected to enter service until later in 2020. Permian explorers extract the fuel as a byproduct of oil drilling, making them less responsive to tumbling gas prices.

“We just have an ocean of gas and there is just nowhere to go with it,” said Campbell Faulkner, chief data analyst for OTC. “I think we are going to see aggressively negative spot pric- es. That just puts a real chill around the gas market.” The dearth of Permian pipelines has contributed to an uptick in fl ar- ing, the process of burning gas off instead of capturing it from the well. Flaring, which produces carbon di- oxide, has come under increasing scrutiny amid growing concern about climate change. Weaker prices in the basin, though, could be a boon for would-be exporters like Tellurian Inc and NextDecade Corp that plan to tap Permian supply and ship it to Europe and Asia. Gas for next-day delivery at the Waha hub dropped as low as minus $4.63 per million British thermal units last spring, according to the Bloomberg Natural Gas Composite price.

While spot gas is still in positive territory, trading at $1.58 on Wednes- day, prices for March delivery suggest that won’t last long. “The forward curve this time last year wasn’t great, but it wasn’t as bearish,” Faulkner said. “I’m looking at this and thinking this isn’t bearish enough.”