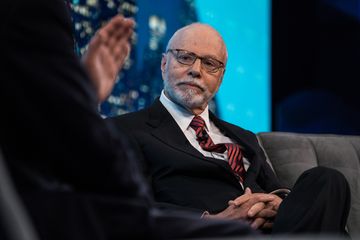 Activist investor Elliott Management Corp. has taken a stake in Noble Energy Inc., the energy explorer that agreed in July to sell to Chevron Corp. for about $5 billion.

The stake was disclosed in a filing Tuesday with the U.S. Federal Trade Commission. Noble Energy and the New York-based hedge fund run by Paul Singer were granted early termination under the FTC’s Hart-Scott-Rodino Act — a requirement when an investor buys shares in a company above a certain threshold and seeks to hold discussions about such things as strategy or management changes.

he size of the stake and Elliott’s intentions aren’t known. Representatives for Elliott and Noble Energy weren’t immediately available for comment.

Chevron agreed to buy Noble Energy for the equivalent of roughly $10.38 a share at the time in the all-stock deal, a 7.5% premium over the last Friday’s close. Noble Energy investors are expected to vote on the deal Oct. 2.

Elliott has a history of buying stakes in companies and pushing for changes, including breaking up potential transactions. It’s agitated at companies including AT&T Inc., Twitter Inc., and Softbank Group Corp., among others.