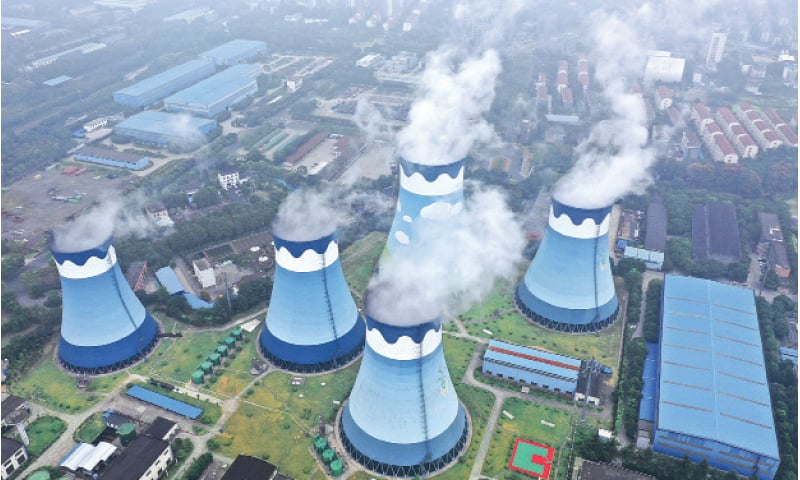 BEIJING: Widening power shortages in China have halted production at numerous factories including many supplying Apple and Tesla, while some shops in the northeast operated by candlelight and malls shut early as the economic toll of the squeeze mounted.

China is in the grip of a power crunch as a shortage of coal supplies, toughening emissions standards and strong demand from manufacturers and industry have pushed coal prices to record highs and triggered widespread curbs on usage.

Rationing has been implemented during peak hours in many parts of northeastern China since last week, and residents of cities including Changchun said cuts were occurring sooner and lasting for longer, state media reported.

The power crunch has hurt production in industries across several regions of China and is dragging on the country’s economic growth outlook, analysts said.

The city of Huludao told residents not to use high energy-consuming electronics like water heaters and microwave ovens during peak periods, and a resident of Harbin city in Heilon­gjiang province told Reuters that many shopping malls were closing earlier than usual at 4pm (0800 GMT).

Given the current power situation “the orderly use of electricity in Heilongjiang will continue for a period of time,” CCTV quoted the provincial economic planner as saying.

The power squeeze is unnerving Chinese stock markets at a time when the world’s second-largest economy is already showing signs of slowing. China’s economy is grappling with curbs on the property and tech sectors and concerns around the future of cash-strapped real estate giant China Evergrande.

Tight coal supplies, due in part to a pickup in industrial activity as the economy recovered from the pandemic, and toughening emission standards have driven the power shortages across the country.

China has vowed to cut energy intensity — the amount of energy consumed per unit of economic growth — by around 3% in 2021 to meet its climate goals. Provincial authorities have also stepped up the enforcement of emissions curbs in recent months after only 10 of 30 mainland regions managed to achieve their energy goals in the first half of the year.