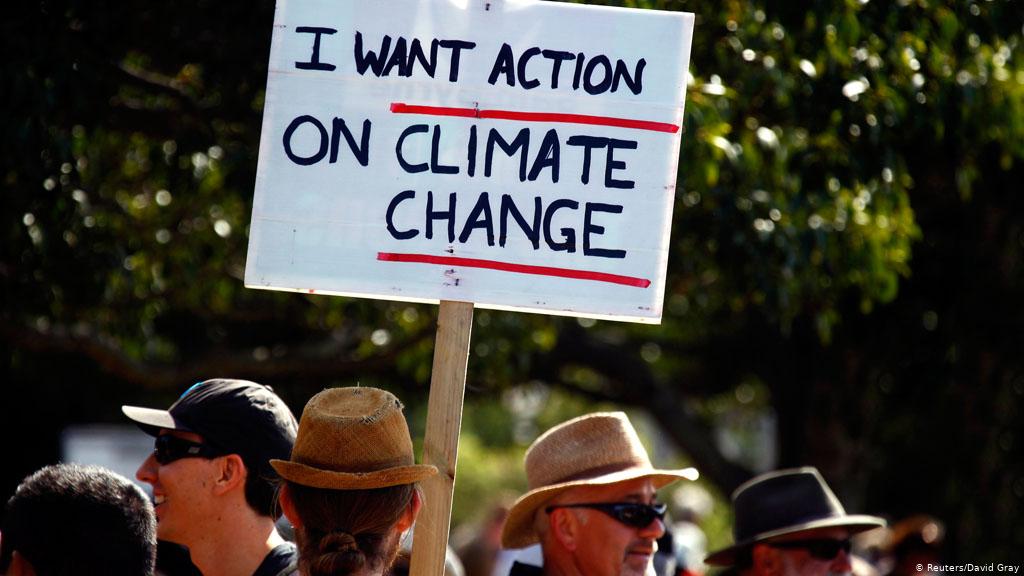 Current global efforts to raise awareness and nudge and shame policymakers are necessary but not sufficient to prevent an existential climate crisis. Addressing the problem more effectively requires international governance arrangements that amount to a new social contract on global public goods.

AMMAN – The hottest day on record in Jordan since 1960 was a staggering 49.3° Celsius, (120.7° Fahrenheit) in July 2018, one month after I became prime minister. Jordan is not unique: heat waves have been causing record-high temperatures in countries from Canada to Australia in recent years. The effects of climate change (including increased frequency and severity of floods, hurricanes, and droughts), while felt locally, demand a global response, which should set binding targets that take into account countries’ contributions to the problem and to the solution.

Jordan has been actively pursuing policies and programs to reduce carbon-dioxide emissions. Over the past 15 years, Jordan’s annual emissions per capita fell from 3.5 tons to 2.5 tons. But Jordan, like the vast majority of countries, accounts for a negligible share of global CO2 emissions  – just 0.04% annually. So even if Jordan was to turn its whole economy green overnight, it would hardly make a dent. This does not absolve us of responsibility, but we cannot overlook the fact that emissions are concentrated: the top 20 emitters account for almost 80% of the annual total, with the United States and China alone accounting for 38%.

In many countries, the ramifications of climate change for water supply have been staggering. In the case of Jordan, it made an already tight constraint much more acute. Rainfall was previously the savior for rural communities that engaged in seasonal rainfed agriculture and herding on semi-arid land. Over the last decade, however, a steady decline in average annual rainfall and an increase in the frequency and severity of droughts have undermined these modes of agriculture, deepening the socioeconomic divide between rural and urban areas.

Jordan is by no means unique: the World Health Organization estimates that half of the world’s population will be living in water-stressed areas by 2025. In essence, what was previously a regional challenge has now become a serious global governance issue with environmental, political, and economic ramifications.

More broadly, other manifestations of climate change, and the lack of an internationally coordinated response to them – not to mention to additional threats such as the COVID-19 pandemic – suggest that something is seriously wrong at the global level. According to the recent sober assessment by the United Nations Intergovernmental Panel on Climate Change, the world will not meet the 2015 Paris climate agreement goal of limiting global warming to well below 2°C unless it makes huge additional cuts in CO2 emissions.

Quite simply, the results of the world’s climate efforts are dangerously inadequate. According to the Climate Action Tracker, current policies put the world on course to be an alarming 2.7-3.1°C warmer by 2100, relative to pre-industrial levels. Yes, many emerging green technologies are promising and should be supported. But in the absence of a global approach, these innovations risk merely redistributing the impact of climate change among countries and regions.

Raising awareness and nudging (and shaming) policymakers is necessary, but not sufficient to avert what UN Secretary-General António Guterres has referred to as a “climate catastrophe.” Climate-change mitigation must be pursued as a global public good. The problem is that such goods are plagued by collective-action problems, because the costs tend to be spatially and temporally concentrated while the benefits are diffuse. These difficulties can be tackled only by global governance structures that reduce the cost of collective action, internalize externalities, and counter short-term biases in decision-making.

To address climate change more effectively, we need global governance arrangements that amount to a new global social contract. Existing international governance structures can serve as a foundation for these new institutions, but will need to be amended and supplemented to address specific problems related to public goods and collective action.

For starters, we need a governance structure whose jurisdiction is limited to global public goods that cannot be provided adequately at the national level. Nation-states would be free to opt in and opt out, with the benefits of opting in outweighing those of opting out. Decisions would be taken on a majoritarian basis, with no single country having veto power. There would also be an appeals and adjudication process that allows decisions to be challenged.

Second, a custodial entity would keep track of global natural wealth accounts to address intergenerational equity issues. This entity should be able to place items on the global governance institution’s agenda and to appeal decisions.

Lastly, a regime of incentives and disincentives would aim to preserve nature and biodiversity and tax those who consume it, taking wealth and income disparities across countries into account.

Establishing global governance mechanisms that focus on the public-goods and collective-action challenges of climate change will not be easy. Concerns and fears related to a “democratic deficit” and the need to protect national sovereignty are legitimate, and cannot simply be brushed aside.

Nevertheless, we are not starting from scratch. The World Trade Organization provides an example of a strong and successful global governance structure with binding rules. It is thus both ironic and sad that the WTO has failed to incorporate trade-related environmental and human-rights issues into its regulations in order to ensure a level international playing field. After all, with its sanctioning authority, the WTO is best positioned to link issues such as greenhouse-gas emissions and labor rights to trade rules.

Jordan cannot successfully tackle today’s global climate challenges on its own. Nor can the Middle East, owing to regional conflicts and rivalries. Now that the world has become a village, the task facing the region is instead to agree with other countries – our fellow villagers – on how to mitigate our own excesses and avert an existential threat. This can be achieved only by finding suitable ways to hold ourselves and each other accountable. The solution lies in establishing a global governance system that is based on the nation-state but has the capacity to sanction harmful behavior.

Some might regard the idea of creating such a structure as far-fetched. But unless we do, there is scant hope of preventing the climate crisis – already apparent in Jordan and around the world – from continuing to destroy countless lives and livelihoods.

Writing for PS since 2021
1 Commentary

Omar Razzaz is a former prime minister of Jordan.