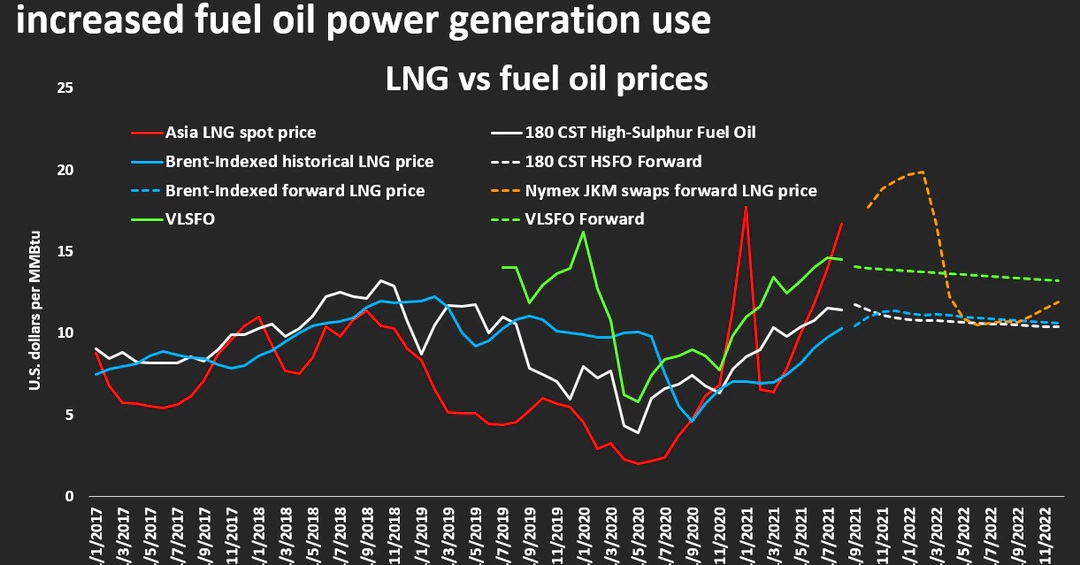 SINGAPORE, Sept 24 (Reuters) – Asian liquefied natural gas (LNG) prices surged by about 10% this week as demand continues to rise in the region despite higher prices and amid a supply crunch.

The average LNG price for November delivery into Northeast Asia LNG-AS was estimated at about $26.50 to $27 per metric million British thermal units (mmBtu), up at least $2 from the previous week, industry sources said.

“The post-COVID recovery in some places has been fast, which is pushing up demand, while there are some supply issues in several places, which is causing a crunch,” a Singapore-based trader said, adding that prices are expected to rise even higher during winter when demand for heating peaks.

Bangladesh, for instance, bought a cargo for delivery in late September from Vitol at $29.89 per mmBtu, the highest the country has paid for the super-chilled fuel, three industry sources said.

It did not award a separate tender seeking a cargo for October delivery as the offer was at around $35, two other sources said. Instead, it will issue two tenders next week to buy two cargoes for delivery in October, a third source said.

Demand from China was also firm with Unipec Singapore, the trading arm of Sinopec, seeking 11 cargoes for delivery in winter while Beijing Gas and Guangzhou gas also sought a cargo each for delivery in October and November, traders said.

Some spot cargoes were offered in the market from Angola, Australia, Russia and Indonesia from October to January, but lower shipments from Egypt and Malaysia were supporting prices, traders said.

Cameron LNG in the U.S. said on Wednesday the liquefaction train shut for maintenance at its Louisiana export plant was expected to return later this week, which could add some supply. (Reporting by Jessica Jaganathan. Editing by David Evans)