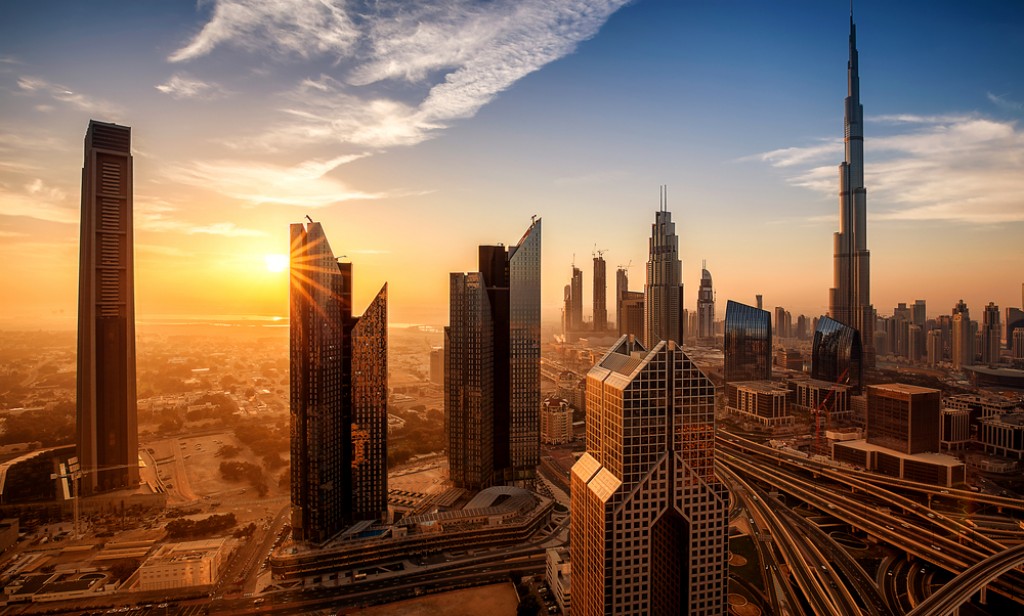 The GCC as we know it today would not be the same were it not for the discovery of oil in the region in the early years of the last century.

Now, new data has surfaced that predicts the GCC will break its dependence on fossil fuels by 2050, emerging in the new decade with an economy whose fate is no longer tied to the fickle fluctuations of oil prices.

The question remains, however: How effective will the GCC’s attempts to wean off hydrocarbons be, and which non-oil sectors will be able to keep it afloat?

Making a diversified economy a reality

Speaking to Arab News, New York-based firm Fitch Solutions shared information from their latest report covering global trends through to 2050. Their data shows that countries in the GCC like Kuwait, UAE, Saudi Arabia and Bahrain will achieve their goal of a diversified economy by 2050 following their acts of reform.

Initiatives like Dubai’s Vision 2021, Saudi’s Vision 2030, the implementation of VAT, and the lifting of the ban on women driving are all heralds of this long-awaited change. As it currently stands, the UAE is ahead of its neighbors, having announced their reformatory Vision 2021 for Dubai back in 2010. According to Trading Economics, 40% of current UAE exports come from oil and natural gas, the lowest in the region.

Other countries, however, such as Kuwait and Oman still have a lot of ground to cover, with the Kuwaiti oil sector accounting for 40% of the country’s GDP, 90% of total exports and 80% of state revenues, according to Trading Economics.

These Gulf nations cannot afford to rely solely on oil anymore, as the recurring drop in oil price has shown. The 2014 oil price crash gave these rich countries a pang of reality. During that year, the price of a barrel dropped from around $115 in June 2014 to under $27 in February 2016, according to CNBC.

Are other sectors enough to support the entire region?

The possibility of oil running out has always existed.

Sooner or later, these countries will need to take action. The question remains, however: could non-oil sectors truly support a region that has been so reliant on fossil fuel revenues?

Tourism and hospitality staples of the region’s economy

In recent years, the UAE has continued to nurture and grow its tourism industry. Dubai International Airport (DXB) was not named the world’s busiest airport for no reason. Passenger numbers at the airport topped 43.7 million in the first half of 2018, according to a traffic report issued last month by operator Dubai Airports, up 1.6% from the same period last year.

Dubai, for example, has been seeing a hotel construction boom in anticipation of Expo 2020.

These countries are also looking outside their borders for investment opportunities. Saudi’s Public Investment Fund (PIF) currently has stakes in several major companies abroad, such as $72 billion ride-hailing company Uber and future-oriented Tesla.

The PIF’s investment in Uber is reported to be worth $3.5 billion, according to the New York Times. The fund’s latest investment has been in Tesla, reported at a 5% stake. The fund has also staked a $400 million sum in American augmented reality startup Magic Leap.

The country has been intent on investing in technology companies they believe will have a key role in the future of economy as well as mankind.

Inward FDIs are also key, with the UAE and Saudi currently at the forefront of the GCC.

The future is green

Saudi is also looking at green energy ventures. Earlier this year during March, Saudi Arabia and the SoftBank Group Corporation announced a $200 billion solar energy project, set to produce 200 GW by 2030. Saudi’s vast open deserts permit a project of this scale, and this new project will produce an excessive amount of energy that will eclipse Saudi’s needs. This means that the kingdom could become one of the world’s greatest exporters of solar energy, distributed using mass batteries.

It seems that 200 hundred years later after it was first invented, we are still relying on age-old technology such as the battery.

The UAE has some solar plans of its own. Its Mohammed bin Rashid Al Maktoum Solar Park in the desert south of Dubai spans 16.2 km2. By 2030, it will have a capacity of 5,000 MW, offsetting 6.5 million tons of CO2 emissions and generating enough energy to power 800,000 homes, Smithsonian Magazine reports.

Bahrain’s prospects are not as ambitious just yet. The country has set a target of 10% of total energy consumption to be met through renewables by 2035, doubling the 5% goal by 2025, Electricity and Water Affairs Minister Dr. Abdulhussain Mirza has said.

The GCC prepares for a future with blockchain

The rise of cryptocurrencies and blockchain has already sent ripples through the region’s banking sector. For the GCC to survive without oil, it will be instrumental that these countries adapt and embrace these upcoming changes.

The National Bank of Abu Dhabi has become the first bank in the MENA region to introduce real-time, cross-border payments on blockchain, Medium reports. The bank has formed a partnership with Ripple.

Saudi’s central bank has also signed a deal with Ripple for an upcoming project.

Freight transportation and logistics (T&L) is a critical industry in the GCC, yet revenues have been on the decline in recent years. Pricewaterhouse Coopers (PwC) analysts blame this on the GCC lagging behind the technological advancements of T&L industries abroad.

If the GCC’s T&L industry is to catch up and survive post-oil, they will need to adopt digitization practices to update their services to a more demanding international clientele.