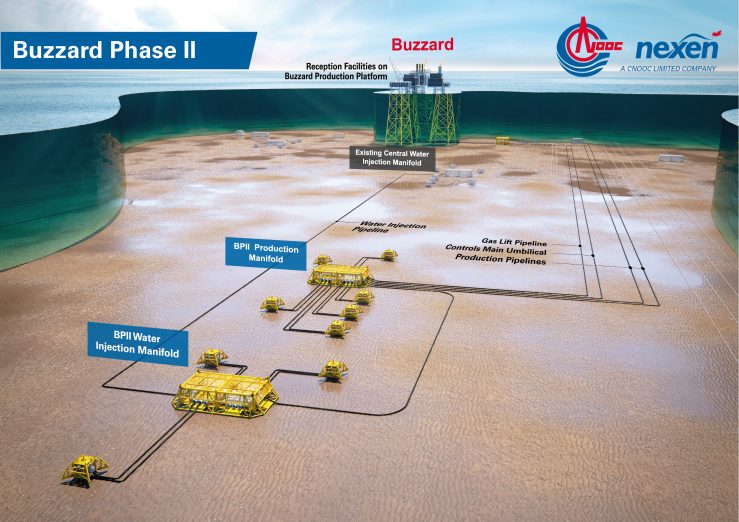 Oil firm Nexen Petroleum UK has said its partners have given it the nod to extend the life of the North Sea’s biggest producing field.

In November, Nexen’s UK managing director, Ray Riddoch, said production from Buzzard would be prolonged by up to 10 years as part of a £500-million-plus project.

A number of contracts have already been awarded to the supply chain, while work on the front-end engineering design was completed in June.

irst oil is expected in the first quarter of 2021.

They have formed an integrated team which is based at Nexen’s office in Kingswells, Aberdeen.

The team is going after additional reserves with a subsea development in the northern part of the Buzzard field.

Buzzard, which lies 60 miles north-east of Aberdeen, was discovered in 2001 and produced first oil in 2007.

The latest figures of the OGA show the field is producing more than 140,000 barrels of oil equivalent per day.

A production and water injection subsea manifold will be installed and tied back to the existing Buzzard complex.

A new module will also be added to the complex for processing and export.

Last week, Subsea 7 said it had won a contract worth between £38-£115m to build and install a three mile pipeline bundle and provide a heavy lift vessel for transporting and installing a new topside module.

BHGE has been chosen to supply a range of subsea infrastructure and topside control systems.

Zvonimir Djerfi, Europe president, BHGE, said the formation of the integrated team was a prime example of companies taking an unconventional approach to collaboration and project development.