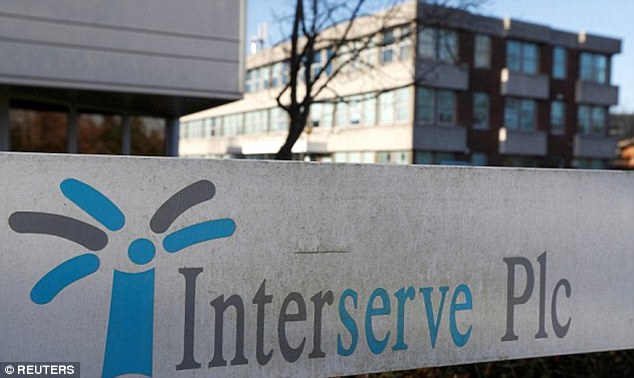 Troubled outsourcer Interserve has blamed the blockade against Qatar for some of its woes as it swung to a loss and debts spiralled.

Shares slumped as it revealed debts of £614.3million – more than six times its market value – a near-60per cent increase on last year.

Half-year sales fell from £1.64billion to £1.5billion while it made a £6million loss compared to a £24.9million profit during the same period last year.

Bosses said revenue from Qatar was down £31.2million over last year as a trade blockade against the country by its neighbours delayed contract awards and made getting supplies harder.

Interserve’s work in Qatar includes some work on World Cup projects, other construction projects and support services. It is not building stadiums for the 2022 tournament.

Interserve employs 80,000 around the world and about 25,000 in the UK, with sales of around £3.7billion. Its work includes security, probation, healthcare and construction services, as well as cleaning the London Underground and managing army barracks.

It has been struggling financially since last year partly due to losses on a waste project in Glasgow, and issued two profit warnings late last year.

In January it emerged Interserve was being monitored by the Government amid fears of a repeat of the collapse of builder and outsourcer Carillion.

Its shares have fallen nearly 70per cent since last year, slumping further yesterday, valuing the company at around £96million. Operating profits for the first half rose by £11.5million to £40.1million.

Chief executive Debbie White, 56, has spent £32.1million on financial advisers including PwC before reaching a rescue deal with creditors in March.

She said trading during the first half had been in line with expectations and the business was on a better footing to move forward. She added: ‘Whilst there remains a significant amount of work to do, we have energy and momentum.’