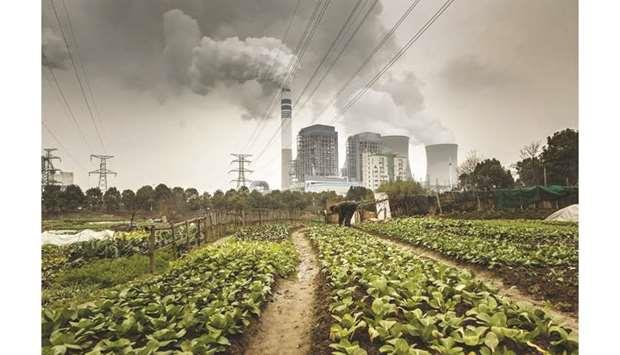 Coal consumption is set to rise in the coming years as growing demand for electricity in developing countries outpaces a shift to cleaner sources of electricity in industrialised nations. While use of the most polluting fossil fuel had a historic dip in 2019, the International Energy Agency anticipates steady increases in the next five years. That means the world will face a significant challenge in meeting pledges to reduce greenhouse gas emissions that cause global warming. “There are few signs of change,” the agency wrote in its annual coal report released in Paris yesterday. “Despite all the policy changes and announcements, our forecast is very similar to those we have made over the past few years.” While this year is on track for biggest decline ever for coal power, that’s mostly due to high growth in hydroelectricity and relatively low electricity demand in India and China, said Carlos Fernandez Alvarez, senior energy analyst at the Paris-based IEA. Despite the drop, global coal consumption is likely to rise over the coming years, driven by demand in India, China and Southeast Asia. Power generation from coal rose almost 2% in 2018 to reach an all-time high, remaining the world’s largest source of electricity. The steady outlook for coal comes in spite of waning demand in industrialised nations. Europe has set a goal of zeroing out carbon pollution by the middle of the century, which would mean drastic reductions for coal. In the US, competition from natural gas has cut into demand for coal, despite President Donald Trump’s vows to revive the industry. The story is diff erent in Asia, which will more than make up for reductions elsewhere. India, with a population of more than 1.3bn, will see coal generation increase by 4.6% a year through 2024 to help power its growing economy. In Southeast Asia, coal demand will grow more than 5% annually. China, which accounts for almost half the world’s consumption, will also have modest growth with usage peaking in 2022. “How we address this issue in Asia is critical for the long-term success of any global eff orts to reduce emissions,” Fatih Birol, the IEA’s executive director, wrote in a foreword to the report. Any new coal plants added to meet the growing power demand in these countries will likely be in use for decades. Even as China’s coal consumption slows and then declines after 2022, emissions from the fuel would need to rapidly decline in order to meet climate targets. Under current policies, the world is set to warm almost 3 degrees Celsius (5.4 degrees Fahrenheit) by the end of the century. That’s double the rate scientists say is needed to constrain the worst impacts of climate change. To prevent those increases, it would be necessary to use technology that captures and stores carbon as it’s emitted from power plants, the IEA said. While the technology is expensive and untested at scale. But with coal here to stay, it may be the only option to reduce emissions.