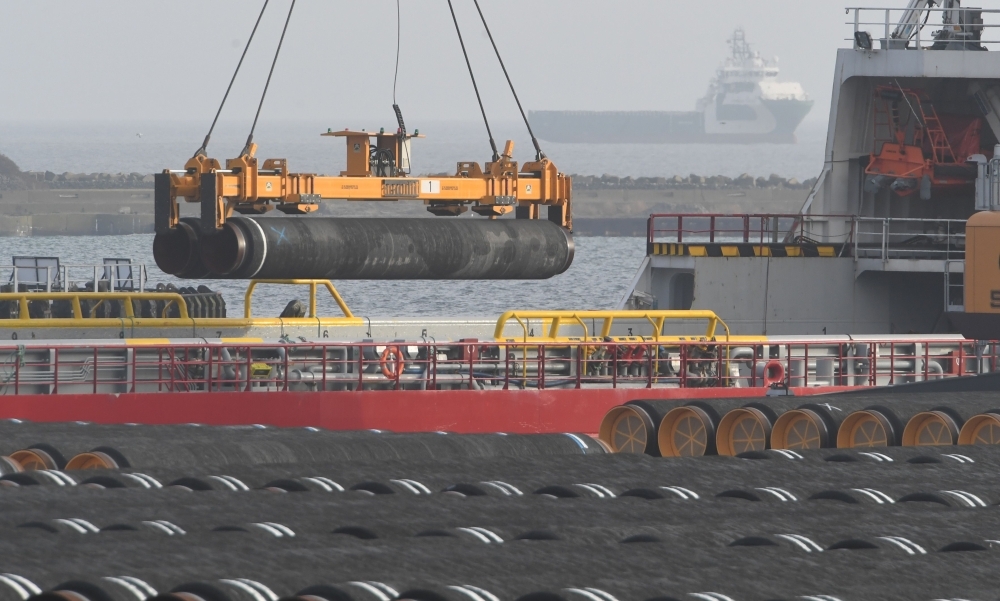 BERLIN — Germany on Thursday warned Washington to mind its own business after US lawmakers gave initial approval to a bill that would sanction contractors working on a Russian pipeline to Germany.

“European energy policy is decided in Europe, not in the US,” Foreign Minister Heiko Maas said on Twitter.

“We reject external interference,” he said.

The 9.5 billion euro ($10.6 billion) Nord Stream 2 pipeline will run under the Baltic Sea and is set to double shipments of Russian natural gas to Germany.

The German-Russian Chamber of Commerce (AHK) said the pipeline was important for the energy security of Europe as a whole and called for retaliatory sanctions against the United States if the bill passes.

Supporters of the 1,230-kilometer (760-mile) line say it will be a reliable source of cheap energy but critics warn it could end up vastly increasing Russia’s political influence in Europe.

The EU joined in criticizing proposed US action.

“The (European) Commission objective has always been to ensure that Nord Stream operates in a very transparent and in a non-discriminatory way with the appropriate degree of oversight,” he said.

Half of the project is financed by Russian gas giant Gazprom, with the rest covered by its European partners: Germany’s Wintershall and Uniper, Anglo-Dutch Shell, France’s Engie and Austria’s OMV.

Despite its own diplomatic tensions with Russia, including over the murder of a former Chechen rebel in Berlin earlier this year, Germany has repeatedly defended the long-running project.

The German economy ministry said it was awaiting the result of a US Senate vote expected next week on the bill — part of much wider US defense legislation.

US President Donald Trump has already said he would sign off on the measures if they are approved.

The bill requires the US State Department to report back within 60 days with the names of companies and individuals involved in pipe-laying for Nord Stream 2 and TurkStream, another pipeline from Russia to Turkey.

The sanctions envisioned by the bill include asset freezes and revocation of US visas for the contractors.

One major contractor that could be hit by the sanctions is Swiss-based pipeline laying company Allseas, which has been hired by Gazprom to build the offshore section.

The power of Gazprom and therefore the Russian state is at the center of concerns about the pipeline in the United States and in eastern and central Europe.

Europe is Russia’s main customer for natural gas and critics fear the pipeline, which has an annual capacity of 55 billion cubic meters, will increase its reliance.

Countries like Ukraine, a major transit country for Russian gas, also fear they could lose influence.

Russia had hoped to launch the pipeline in late 2019 but the completion has been delayed by difficulties in obtaining permits from Denmark.

In October, Copenhagen gave Russia a permit to build a section of the pipeline on the Danish continental shelf in the Baltic Sea.