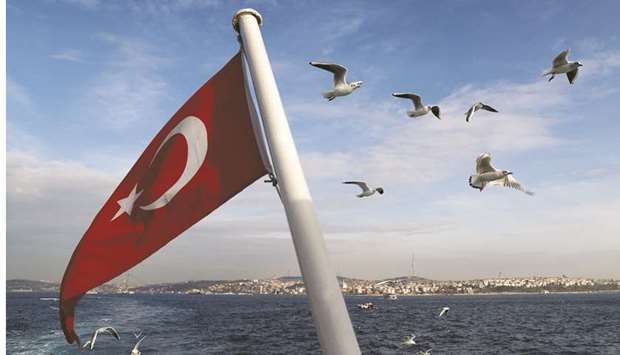 Turkey’s economy is expected to have grown 4.8% year-on-year in the third quarter of 2020, as expectations turned positive after data indicated strong performance, a Reuters poll showed yesterday, while GDP is seen remaining flat through the year.
The coronavirus pandemic, which lead to a year-on-year contraction of nearly 10% in the second quarter as a result restrictions on travel and weekend lockdowns, eased in the third quarter before surging again in October and November.
While previous Reuters polls had predicted a contraction in the third quarter as well, the median estimate of 14 economists in this week’s poll forecast a growth of 4.8%. Estimates ranged between growth of 6.8% and contraction of 1.5%.
Strong performances in the industry, retail, finance and real estate sectors have lead the growth in the third quarter, said Daglar Ozkan, economist at Is Yatirim.
“Our previous expectations were a little weaker but data for September showed us that growth in the third quarter was very strong,” he said.
Turkey has recently imposed new measures to combat the coronavirus outbreak, as new daily symptomatic cases and deaths reached record levels in recent days.
Ankara has emphasised that the measures, much less restrictive than those in the spring, will not interfere with suppy and production chains.
Is Yatirim’s Ozkan said the second wave will likely have a much more limited impact on the economy compared to the first because the restrictions are designed to allow economic activity to continue.
For the full year, the median estimate was for the gross domestic product (GDP) to remain flat, with estimates of 16 economists ranging between growth of 0.6% and contraction of 5%.
The government has forecast a growth of 0.3% this year but said the economy could contract 1.5% under a worst-case scenario.
Turkey’s economy, which has expanded 5% on average over the last decade, has performed well below those levels for the last two years, growing 0.9% in 2019.
Turkey needs to find a way back to near potential growth, said Bank of America.
“Given the high external financing needs, Turkey needs economic reforms to boost productivity and to take steps to increase investor confidence,” it said in a note, adding that Ankara’s recent calls for reforms showed an understanding of the needs.
The Turkish Statistical Institute is expected to announce third quarter GDP data on November 30.