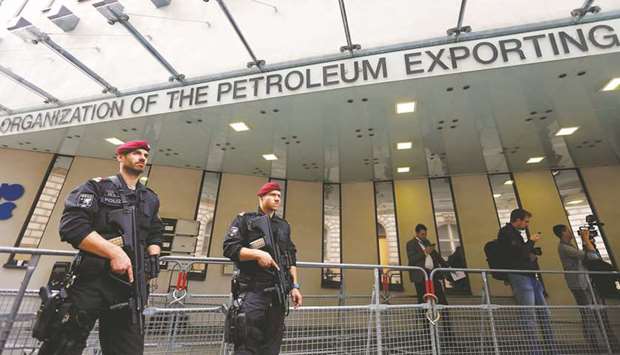 As Opec+ ministers gather virtually this week, the city that traditionally hosts their meetings will be locked down.
But while the Austrian capital provides a dramatic example of how the second wave of the pandemic is shutting down economies in Europe and the US, the global picture is more nuanced.
In Asia, the situation is almost the opposite to that of Vienna. The streets in India were full during the recent celebration of Diwali; China’s Golden Week holiday saw millions take cars, trains and even planes to visit relatives across the country.
The east-west divide is an added conundrum for Opec+, which on November 30-December 1 needs to decide whether to delay a production increase slated for January – and if so, for how long. And there’s another crucial divide in the global oil market: while gasoline and diesel demand have recovered to about 90% of their normal level, consumption of jet fuel languishes at about 50%.
“The size of the shock and the unevenness of its impacts imply a recovery process which is far from smooth,” said Bassam Fattouh, the head of the Oxford Institute for Energy Studies.
Saudi Arabia is using both carrot and stick to talk other members of the oil group into defending prices at Thursday’s ministerial meeting.
In private, Opec+ delegates talk about the imbalance in the recovery, both geographically and between refined products. Increasingly too, they talk about another segmentation: crude oil quality. The market for the denser more sulphurous crude, called heavy-sour, is tight, mostly due to production cuts big producers. But the market for so-called light-sweet is glutted, in part because Libyan barrels have come back to the market after a ceasefire, and European refiners are consuming less North Sea crude.
All those factors make the deliberations of Opec+ ministers trickier. And they have just one blunt tool at their disposal: raising or cutting overall production. Opec+ nations do not target gasoline or jet-fuel production, but just crude.
There’s also a geographical handicap: most of their oil goes to Asia, where demand is strong, rather than Europe and America, where it’s weaker. That means they can do little to address the glut where it matters. Even the quality is a problem: Opec pumps mostly heavy-sour crude, and can do relatively little to trim the excess of light-sweet crude.
There is some consolation. While the recovery in oil demand that started in May stuttered in October and November as the second wave took hold, it wasn’t the same hit to the market as earlier this year. The lockdowns in Europe aren’t as severe as the first wave, and demand in Asia is surging – not just in China, but also in India, Japan and South Korea.
High frequency data for road usage shows a decline in early November of about 30% from pre-Covid levels, compared to nearly 70% in late March and early April, according to an index compiled by Bloomberg News. The most recent data suggests that road fuel demand bottomed out around November 15, and has been recovering since. With European nations easing lockdowns in the run-up to Christmas, demand is likely to recover further.
Pieced together, this all means the market isn’t as bad as it looked just a few weeks ago. Oil prices are reflecting the more positive tone: Brent crude has rallied well above $45 a barrel, and the shape of the curve has flipped, with nearby contracts trading at a premium to later ones. That dynamic, known as backwardation and traditionally a bullish signal, means that demand is running above supply.
The physical market, where actual barrels change hands, is also showing signs of strength: the favourite crude varieties of Chinese refiners are commanding rising premiums. Take ESPO crude of Russia, a grade that Chinese independent refiners, known as teapots, like to buy. In the most recent tenders, it has changed hands at $2.85 a barrel above its benchmark, up from 55 cents in mid-October.
Beyond the next quarter, the outlook improves further.
Many are already hopeful about the impact of virus vaccines on oil demand. If they are right, by mid-year, when Opec is likely to be meeting again, the streets of Vienna will be once again full of tourists, often perplexed to see oil ministers followed by packs of television cameras across the Austrian capital. The group is tentatively planning to hold its bi-annual international oil seminar, a two-day festival of the industry, at the Imperial Hofburg Palace in June 2021.
“Vaccine efficacy and availability point to a large enough recovery in oil demand next year to allow Opec to achieve both a rebalancing of excess inventories as well as increase production sharply,” said Damien Courvalin, oil analyst at Goldman Sachs Group Inc.
For now though, Opec+ still has work to do. If the group wants to keep draining inventories accumulated earlier this year, it needs to keep the market in deficit, rather than simply balance supply and demand. With Libyan output surging back, Opec’s own economists believe that global inventories would increase by about 200,000 barrels a day during the first quarter of 2021 if the group increases output as scheduled in January. If it delays the hike by three months, then stocks would instead drain by about 1.7mn barrels a day between January and March, a similar amount to what it expects in the fourth quarter of 2020.
“The job is far from done,” said Gordon Gray, global head of oil and gas equity research at HSBC Holdings Plc.