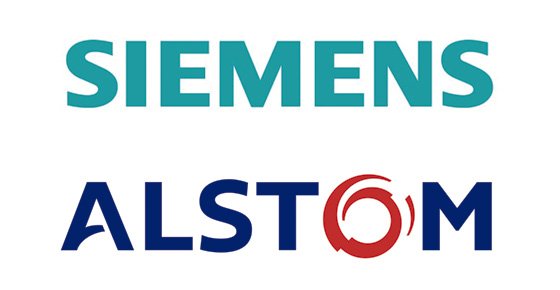 When Siemens AG and Alstom SA unveiled their rail merger in 2017, the former archrivals hailed the deal as a historic union, forming the basis of a European champion with the heft to take on an expansionist Chinese competitor.

The plan may well go down in history books, but not for the reasons the companies hoped.

Rather, the European Commission’s likely rejection of the merger on antitrust grounds is generating a political backlash in Paris and Berlin against Europe’s independent competition regulator.

French Finance Minister Bruno Le Maire has called for an overhaul of policy to make it easier for the region’s companies to grow and take on aggressive Chinese rivals. German Chancellor Angela Merkel has also talked of loosening EU rules.

A formal decision may come as soon as this week.

“Alstom and Siemens are symbols of French and German industry,” said Marc Iveldi, a professor at the Toulouse School of Economics who studies competition issues.

“The case won’t be forgotten and there will likely be consequences.”

At the heart of the controversy is a fundamental disagreement over the role of Brussels in European business. On one side of the issue are powerful European officials like Vestager, who see themselves as umpires calling balls and strikes with a view of protecting consumers.

On the other are politicians, who fear rigid EU attitudes are hobbling Europe’s top corporate players from forming ever-larger combinations.

Vestager came under unprecedented political pressure to approve the tie-up. This has raised alarm bells that a move is on to rewrite the region’s laws in the face of mounting global protectionism.

“We should worry,” said John Fingleton, a consultant and former head of the U.K. and Irish competition authorities. “The political independence of mergers is under attack everywhere.”

The European Commission’s antitrust watchdog is one of the most feared on the planet and has regularly wrung hefty concessions from companies seeking mega-mergers by forcing them to sell off prized assets. Other would-be dealmakers have chosen to abandon transactions instead.

“The mission of the EU regulator isn’t industrial policy but to ensure fair competition. It’s looking out for the interests of consumers,” said Sarah Guillou, an economist at SciencesPo in Paris.

Yet within Europe’s biggest trading partners, strategic bulking up is underway. Some of the most valuable U.S. companies, from Microsoft Corp. and Alphabet Inc. to JPMorgan Chase & Co., have used M&A to expand over past decades.

The Chinese government has been busy playing matchmaker to transportation, technology and other businesses to spawn giants, including CRRC in 2015.

European merger rules have been in place for nearly three decades.

The competition division looks at the threat deals pose to market share, prices and innovation. Companies can assuage concerns with remedies like asset sales, but its decisions are most often waved through by the EU’s top political brass.

The EU argued that the Siemens-Alstom deal could come at a huge cost to customers in Europe. Chinese suppliers weren’t likely to enter the region in the near future and the tie-up could lead to “high prices, less choice and less innovation.”

“We’ve spent last the 20 years dismantling monopolies in telecoms and energy and in other areas built up to be national champions,” said Fingleton, the former regulator. “We should learn from that.”

France’s Europe affairs minister said Sunday the bloc’s competition rules were absurd and needed to be overhauled, citing the difficulties Alstom and Siemens are facing over their planned rail business merger.

“I’m not criticizing the [European] Commission for applying the rules … But these rules are absurd and were set up in the 20th century and we’re in 2019,” Nathalie Loiseau told LCI television.