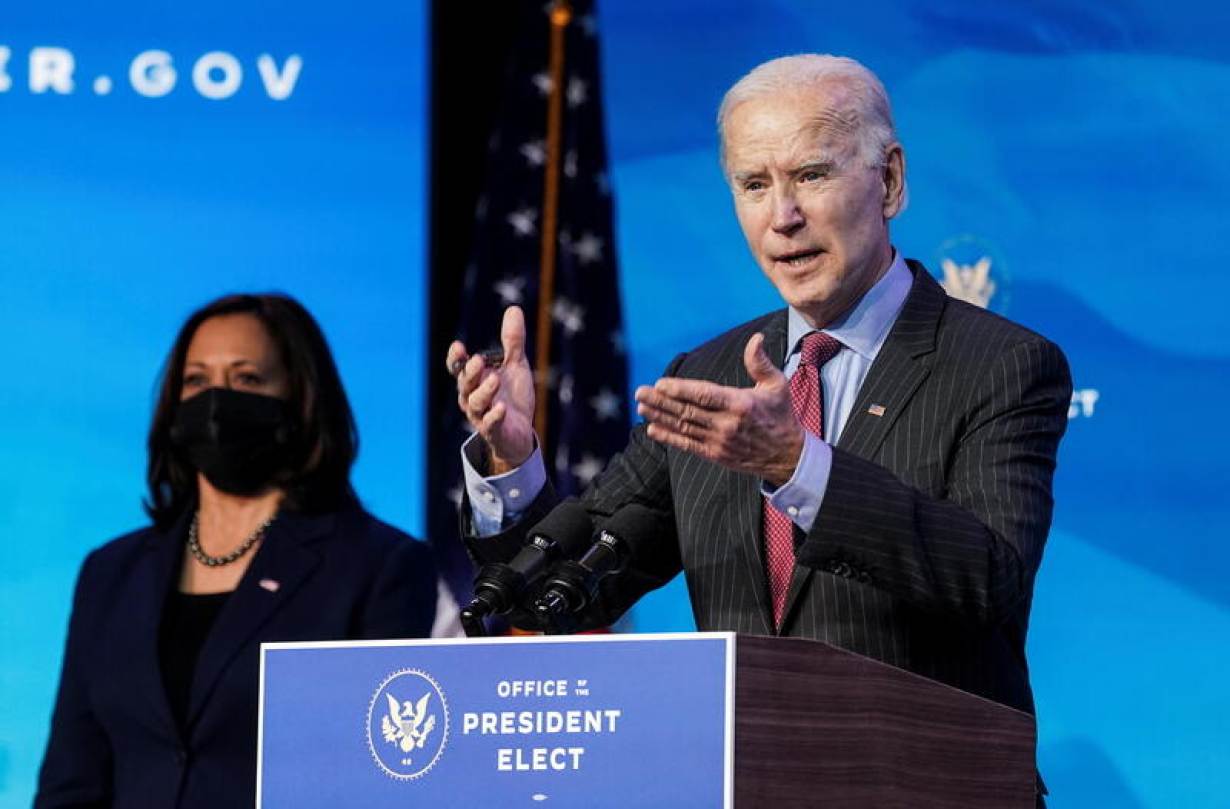 LONDON: Democratic Senate seat wins in the state of Georgia have given US President-elect Joe Biden a “green light to move forward” on some key shifts in national climate policy, such as much greener pandemic stimulus spending, US policy analysts said.

“This almost doubles what he can do — he has a whole additional range of tools and levers at his disposal,” said Purvis, who has worked with three former US administrations on climate policy.

Biden has proposed a $2-trillion, climate-smart economic stimulus plan, for instance, which he would not have been able to get through if the Georgia election had turned out differently. “Now he has a real chance,” Purvis added. Biden’s thin Senate majority means he is unlikely to be able to pass a single comprehensive climate change bill, which would require the approval of 60 per cent of senators.

But many measures related to raising or spending money — including stimulus funding for things like electric vehicle infrastructure, or incentives for farmers to sequester more carbon — can win approval with a simple majority.

Biden should, for instance, now be able to back his plans to mainstream climate action into all government agencies with cash to make that possible, said Christina DeConcini, director of government affairs at the World Resources Institute (WRI).

“There are limits for sure, but it’s … a green light to move forward,” she said. “I really think this is a new day for climate in the United States.”

How shifts in climate policy are framed for a country politically divided on the issue will be crucial to Biden’s success in bringing change, the analysts said.

Gina McCarthy, former admi­nis­trator of the Environmental Protection Agency under President Barack Obama and Biden’s nominee to become the first national climate adviser, for instance, speaks more about the need for a “cleaner, stronger, more resilient economy” than about climate change.

“We know clean energy supports millions of jobs in the United States and it can support millions more,” as well as saving money and improving people’s health, she told an online event in November.

To get people behind climate action, governments “need to give citizens and communities a better life today” — not just promises that future catastrophes will be avoided, she added.

Rachel Kyte, a former UN special representative on energy and dean of the Fletcher School for Law and Diplomacy at Tufts University in Massachusetts, said McCarthy and other Biden cabinet picks excel at talking about the need for climate-friendly reforms “in language ordinary people can understand”.

“They will find a very main-street narrative for why these are common-sense policies” — and that could galvanize broader bipartisan support, she predicted.

Alden Meyer, a strategic adviser with independent climate change think-tank E3G, noted that during the last fiscal crisis in 2009, the Obama-Biden administration crafted a stimulus package that included $90 billion for clean energy technology.

Biden’s pick for energy secretary, former Michigan governor Jennifer Granholm, in that crisis helped negotiate a rescue of the US auto industry that included an agreement by Detroit to adopt much more aggressive fuel economy standards.

Such “green strings” on stimulus cash will be needed to help drive effective climate action in the United States and globally, climate analysts say.

“This is not new territory for Biden,” Meyer said. “He knows this game very well. He gets this, he feels this in his bones.”

Pressure from the left

Another challenge for Biden, the analysts said, will be keeping onboard factions of the Democratic Party – such as the youth-led Sunset Movement — that are demanding swift, immediate and aggressive action on climate threats.

The Sunrise Movement has already told Democratic Senate leaders it expects “an enormous green spending bill on day one”, Kyte said — and that desire for rapid change may be at odds with efforts to sell climate action to a broader US audience.

Yet, despite paralysing political polarisation on many climate-related issues, a few hints of possible bipartisan compromise have emerged in recent months, the analysts said.

Stimulus and relief packages passed in December included policies that could help set the stage for decarbonisation of the US economy, such as tax incentives for clean energy and carbon capture technologies.

As well, a Democrat-controlled US Congress is likely to work more closely with the cities, states and other bodies that have driven US climate action during global-warming skeptic Presi­dent Donald Trump’s administration, said WRI’s DeConcini.

US businesses — a growing number of which have adopted net-zero emissions goals, or are having to adhere to tougher climate policies in other countries where they work — also increasingly want consistent, clear climate policy, she said.

“At some point, the desire to just stay the course — because they see the future on the wall and because it’s good for their bottom line — will become so strong it will provide the political momentum for the U.S. to move toward a decarbonized economy,” she predicted.