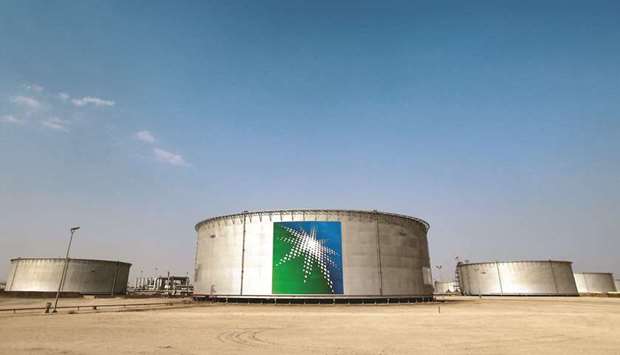 Saudi Arabia lowered oil prices for customers in its main market of Asia as a surge in coronavirus cases crimps demand in India, the world’s third-largest crude importer.
The kingdom’s state energy firm, Saudi Aramco, reduced pricing for June shipments to the continent by between 10 and 30 cents per barrel.
The key Arab Light grade for Asia was cut to $1.70 a barrel above the benchmark from $1.80 for May. That’s the first reduction in official selling prices for the grade since December, signalling weakness in Asian oil markets.
The reductions had been anticipated in the market. Aramco had been expected to lower Arab Light’s premium by 20 cents, according to a Bloomberg survey of seven traders and refiners.
Saudi Energy Minister Prince Abdulaziz bin Salman has urged fellow members of Opec+ to be cautious as the group eases supply cuts started last year when the pandemic was hammering energy markets. The 23-nation alliance plans to increase daily output by just over 2mn barrels through to July, beginning with 600,000 this month. That would still leave production roughly 5mn barrels a day below pre-pandemic
levels.
Aramco raised pricing to the US by 20 cents a barrel for all grades. The nation is adding jobs amid economic growth and a push for widespread vaccinations. The company cut pricing for all shipments to Northwestern Europe and the Mediterranean, where efforts to bolster the economy and ease lockdowns have met with mixed results.
Brent crude has climbed almost 35% this year, closing in on $70 a barrel as vaccination rollouts enable the US, Europe and some other major economies to reopen. Aramco chief executive officer Amin Nasser said on Tuesday he’s more optimistic about the outlook for oil.
Still, the pandemic has rapidly worsened in India since the start of April. The country is now reporting around 400,000 cases every day.
Most Middle Eastern countries set monthly prices as a premium or discount to a benchmark. Aramco’s OSPs serve as a bellwether for oil markets and often lead the pricing trend in the region. Abu Dhabi issued its first OSP based on trading in crude futures this month, a step in its efforts to establish its oil as the regional benchmark.