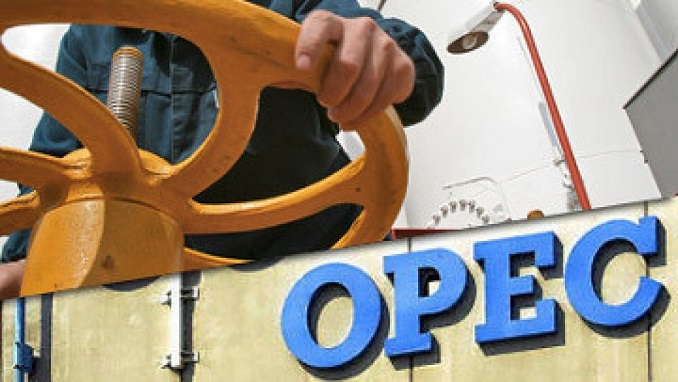 Russia pumped more crude last month than agreed under the Opec+ deal, lagging behind Energy Minister Alexander Novak’s pledge to comply with the pact. Russia produced 45.97mn tonnes of crude in April, according to prelimi- nary data from the Energy Ministry’s CDU-TEK unit. This equals 11.233mn bpd, or 185,000 barrels lower than the October daily baseline, according to Bloomberg calculations. Novak said that April would be the fi rst month Russia would fully com- ply with its pledged production cut of 228,000 barrels a day, as part of the agreement with the Organization of Petroleum Exporting Countries and its allies. Despite missing the reduction tar- get Russia has been accelerating the pace of cuts.

In March, the country’s average daily output was 11.303mn barrels. Russia’s average daily oil-output cut in April was 197,000 barrels a day, according to the government. The re- duction, excluding projects operating under its production-sharing agree- ments, or PSAs, reached 213,000 bar- rels a day, the government said. By end-April the production cut had in- creased to 223,000 barrels a day from the October baseline, the Energy Ministry said in a separate statement citing Novak. Excluding output from PSAs, the end-April cut was 229,000 barrels a day, the government said. The Energy Ministry fi rst men- tioned PSAs when assessing the na- tion’s production cuts in March, without clarifying why the output target should be adjusted in this way.

Over the past few months, the En- ergy Ministry has published its own fi gures for average daily production cuts, which diff er from Bloomberg calculations. This may be explained by a divergence in methodology, due to the government using a dif- ferent conversion ratio from tonnes to barrels for each individual fi eld. Bloomberg calculations are based on a ratio of 7.33 barrels per tonne. Russia’s crude production data comes on the day that US waivers for buyers of Iranian oil expire. Saudi Arabia pledged to adjust its produc- tion to make sure that customers remain adequately supplied. Yet the kingdom said it will co-ordinate with its allies in the producer group and will not exceed its quota under the Opec+ deal. President Vladimir Putin said last week that Russia has “the colossal potential” to increase its oil output if needed in response to global demand. Yet he reiterated the country will keep output within pledges made to its partners in Opec+.