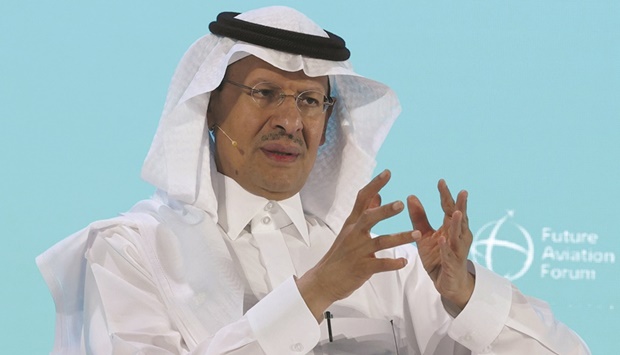 Saudi Arabia’s top oil official said that a refining crunch – rather than any shortage of crude – is driving the surge in fuel costs to unprecedented levels.
“The bottleneck has now to do with refining,” Saudi Energy Minister Prince Abdulaziz bin Salman said in an interview. “I did warn this was coming back in October. Many refineries in the world, especially in Europe and the US, have closed over the last few years. The world is running out of energy capacity at all levels.”
The processing crunch – previously outlined by the Prince at the CERAWeek conference in India last October – is buoying prices above $100 a barrel even as markets are well-supplied with crude, he added.
Tumult across fuel markets is widely evident. Gasoline futures climbed to a record of 389.98 cents a gallon on Friday, with prices at the pump already at unprecedented levels, while diesel still commands a premium after spiking in recent months. The surge is compounding inflationary pressures that threaten the economy recovery and worsening the cost-of-living crisis suffered by consumers. Nonetheless, the Organisation of Petroleum Exporting Countries (Opec) and its partners has stuck to schedule of modest supply increases, rubber-stamping another small increment last week, even as flows from coalition member Russia are disrupted by an international boycott.
Their intransigence has caught the attention of US lawmakers. Last week, the Senate Judiciary Committee approved legislation known as NOPEC that, if passed, would subject the group to antitrust laws. The bill has been introduced several times in previous years but never made it into law.
Yet Riyadh and its allies remain adamant that the market still isn’t facing a deficit of crude barrels. United Arab Emirates Energy Minister Suhail al-Mazrouei expressed similar views at a conference on Wednesday, saying that high taxes in consuming nations are responsible for surging costs.
Their perspective is gaining support elsewhere.
The International Energy Agency – which advises consuming nations and has called on Opec+ to raise production faster – shifted its focus to products markets in a report on Thursday. While an “acute supply deficit” of oil isn’t on the horizon, consumers do face more strain from limited fuel supplies. The lack of refining capacity is being aggravated by the disruption in flows from Russia, which used to send significant quantities of diesel fuel to Europe, the IEA said.
Shipments of diesel-type fuel out of Russia’s Baltic and Black sea ports were about half-a-million tonnes, or 14%, lower last month than in February, according to data from Vortexa Ltd.