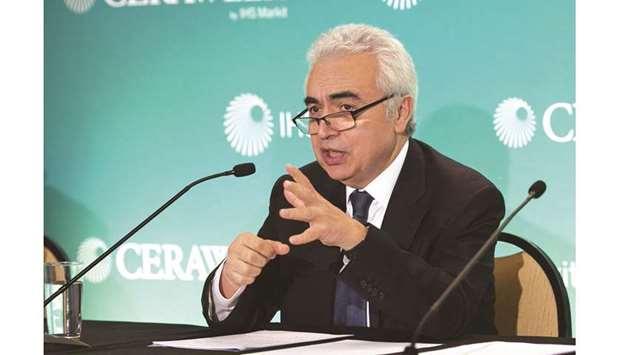 Record investments of $50bn have turned 2019 into a banner year for liquefied natural gas (LNG), with Canada and the United States being the main drivers, the chief of the International Energy Agency (IEA) said yesterday.
The industrial sector is Asia’s biggest driver of LNG growth, with China expected to overtake Japan as the world’s top importer of the fuel in five years, said Fatih Birol, the agency’s executive director.
“This year, 2019 already broke the highest amount of (final investment decisions) for the first time ever, $50bn,” he told the annual LNG Producer-Consumer conference in Tokyo.
More than 170bn cubic metres (bcm) of natural gas liquefaction capacity is due to take a final investment decision this year, a record far surpassing the previous high in 2005 of 70 bcm, according to the IEA.
The recent boost in contracting activity and project sanctioning follows the growing adoption of the equity offtake marketing structure, where companies have access to LNG volumes according to their equity stake, reducing the need for long-term sale and purchase agreements, the agency said in a report released this month.
“The biggest growth is coming from China,” Birol added. “In the next five years, about one-third of global LNG demand will come from China alone.”
While LNG imports by Japan, the world’s top buyer of the super-chilled fuel, and Korea are expected to stay important, slowing growth there means the biggest contribution will be from China, Birol said.
Other Asian nations, such as Bangladesh, India, Pakistan, Thailand are also importing more LNG. European LNG imports will also increase as domestic gas production declines and nations diversify supply, Birol said.
For instance, European natural gas production has halved over the past decade, increasing the call on other sources of flexibility, IEA said in the report this month.
The United States will make up two-thirds of global growth in LNG exports, which could turn pricing dynamics in Asia towards more gas-linked, rather than oil-linked LNG contracts, he said.
About 70% of LNG contracts are oil-indexed, with the rest geared to gas.
That could soon change to a 50-50 pricing mix, Birol added.