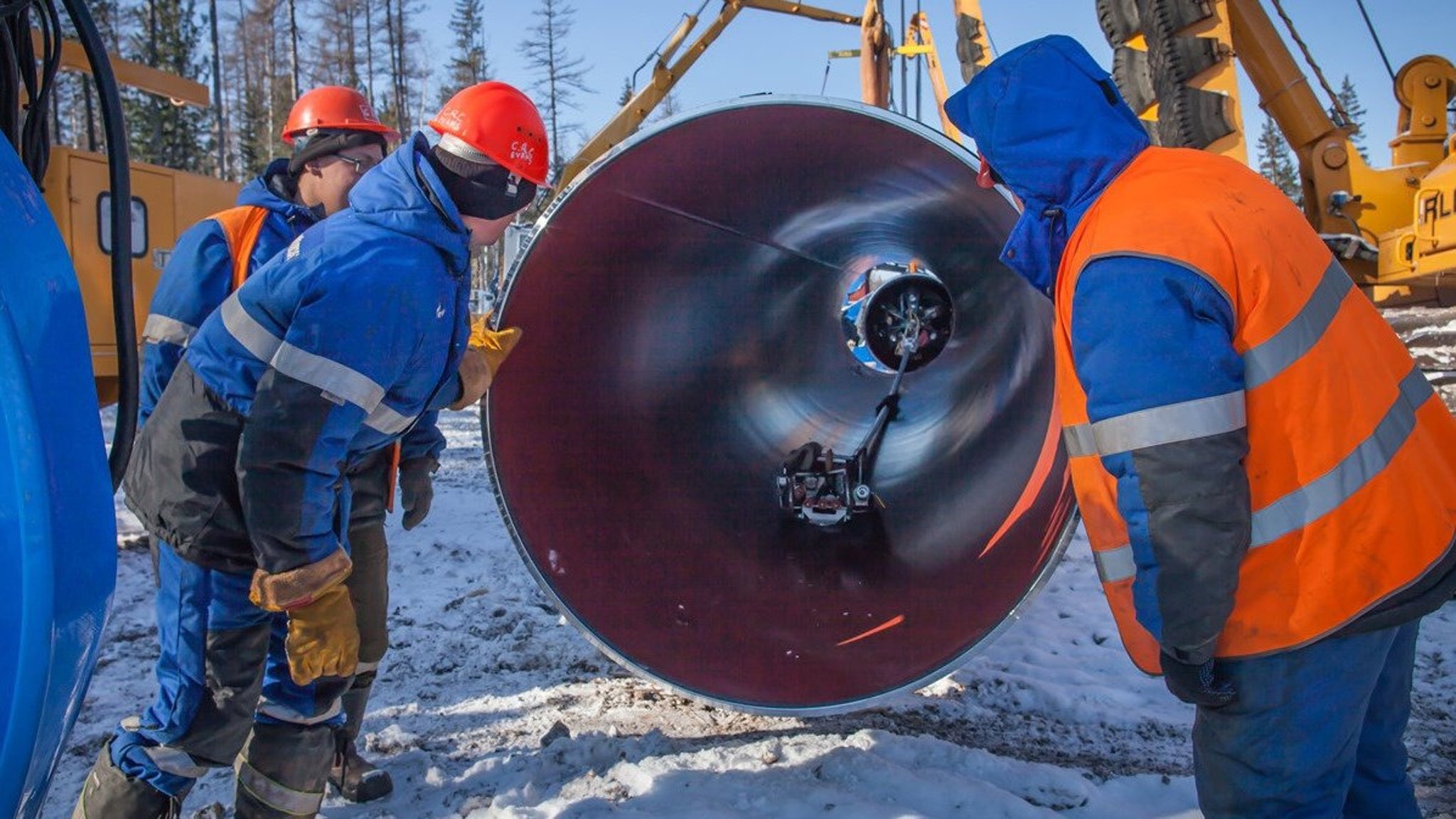 Gazprom PJSC is considering testing the mar- ket’s appetite for its debt this year by issuing Eurobonds through a Russian or UK unit said a person familiar with the company’s plans. The Russian gas producer is working to set up a UK unit because a legal spat with JSC Naf- togaz Ukrainy makes it difficult to use its existing Luxembourg- based financial arms, the person said, asking not to be named because the plans aren’t public. Earlier this month, a court in Luxembourg confirmed the Ukrainian company’s right to demand a freeze of Gazprom’s local assets and debt. The energy giant may use the British unit by the end of the year for a small Eurobond issue, the person said. Since Decem- ber 2018, securities legislation also allows Russian corporate issuers to make direct placements of Eurobonds compliant with foreign regulations, without needing to use a special purpose vehicle, or SPV, based overseas. Gazprom does not need external financing, so any bond issue would be mainly aimed at gauging investors’ enthusiasm for the assets, the person said. Gazprom’s spokesman Sergei Kupriyanov declined to comment. Gazprom issued $1.25bn of Eurobonds in February, in what became the biggest single-tranche dollar transaction for the company since 2009. Investors initially bid more than $5.5bn amid positive sentiment for emerging- market bonds. Investors will have an appetite for Gazprom’s new debt as long as the issuer is located in a safe jurisdiction, Lutz Roeh- Meyer, chief investment officer at Berlin-based Capitulum Asset Management GmbH, said by e-mail. “Which SPV is doing it, is unimportant,” he said, adding that he views both the UK and Luxembourg as safe. Gazprom has said it has enough liquidity as it aims to complete three major gas pipeline projects this year – Nord Stream 2 to Europe, TurkStream to Turkey and Power of Siberia to China. Last week, it raised a further $2.2bn when its subsidiaries sold quasi-treasury shares equivalent to 2.9% of the company to an unidentified buyer. Gazprom’s legal battle with Ukraine is over multibillion-dollar gas transit debt payments. The Russian company has been trying to fence off Naftogaz’s attempts to arrest its assets across Europe with mixed success.