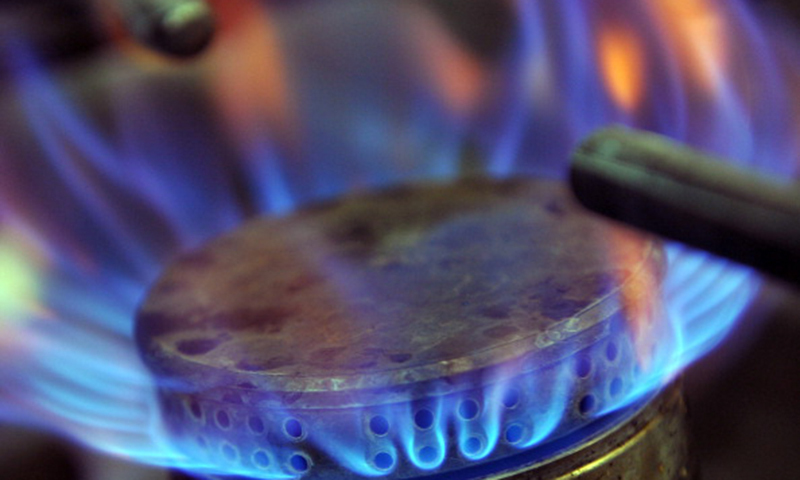 Pakistan’s gas network has raised the ‘red flag’ owing to high-pressure levels, compelling the authorities to drastically scale down supplies, particularly from domestic gas fields amid lower electricity demand and better hydropower generation. Pakistan State Oil (PSO), the coun- try’s premier importer of liquefi ed natural gas and largest company by revenue, and Sui Northern Gas Pipe- lines Limited (SNGPL) have sought in- tervention of the energy ministry and the Prime Minister Offi ce to resolve an issue involving safety of the gas net- work, fi nancial costs to the exchequer and international penalties. In two simultaneous communica- tions to the federal government, the PSO and SNGPL have complained about lower than committed gas quantities by the power sector and warned of serious consequences. As an interim arrangement, the gov- ernment has reduced supply from some of the domestic gas fi elds to avert acci- dents caused by high pressures, a senior offi cial at the petroleum division said. He said that in its latest letter to the federal government on the weekend, the SNGPL had complained that since July 14, average RLNG (re-gasified ed liquefied natural gas) consumption by the power sector remained 714mmcfd (mn cubic feet per day) against a confirmed demand of 828mmcfd as conveyed by the power division.

This reduced consumption has resulted in an increase in system pack which has reached 4,925mmcfd. It remained so on August 2 as well. The company said RLNG off-take by the power sector had dropped further to 550mmcfd on August 1 and in case of continued reduced consumption, further packing would be a catastrophe for its system and might jeopardise the entire RLNG supply chain, adding that the “current level of system pack has resulted in increase in line pressures and red flags have risen across the network”. A petroleum division official said the supply from Hassan, Koonj and Sui fields and even from the SSGCL (Sui Southern Gas Company Limited) swap system had been curtailed by a total of 400mmfcd to ensure safety. The supply from Hassan and Koonj fields has been completed stopped, while that from the Sui field curtailed by 75% to just 45mmcfd against its normal flow of 180mmcfd, he said. After including RLNG swap from the SSGCL, the total supply to the SNGPL network has been reduced by more than 30pc to 945mmcfd from over 1340mmcfd. “It is, therefore, imperative that RLNG-based power plants should be given priority while allocating dispatch requirements for sustainability of the RLNG supply chain,” the SNGPL said. On the other hand, the PSO complained that it was being exposed to financial and credibility risks. “It is rather unfortunate that instead of improvement in re-gasification rates, the situation is getting out of control now in terms of delays in cargo unloading, resulting in huge expected demurrages on all incoming cargoes,” the PSO said. As of now, Engro’s terminal-1 is running at around 540mmcfd and will further go down against the planned 600mmcfd or maybe more to recuperate the earlier lost capacity. As a result of continuous default by the SNGPL against committed off takes, the PSO said, the cargo berthing would incur heavy demurrages as the expect- ed discharge rate owing to lesser available ullage with the Engro terminal will be maintained at one-fourth of the normal discharge rate. “The delays in cargo unloading will have cascading effect on future deliveries as well and now all cargos in the month of August 2019 are expected to incur heavy demurrages which are estimated to be well above $150,000 as of now if the regasification rates are not increased immediately,” it added. On top of that, the PSO warned that if immediate actions were not taken, the cargo arriving on August 15-16 “might attract ‘take or pay’ charges as well, which means the whole cargo value of around $30mn will be to the buyer’s (Pakistan) account without even receiving the product”. The PSO said the situation warranted immediate remedial measures to be taken in coordination with the power division and SNGPL as the situation had developed due to lesser off take by the power sector. In the meantime, the SNGPL should take all possible measures on a war footing, including diversion of gas to other sectors or reduction or temporary suspension of local supplies, so that huge cost implications could be averted. Zargham Eshaq Khan, the power division’s joint secretary, declined to comment on the issue, but another official said the power division had committed 850mmcfd gas for August and mostly utilised up to 90% of those quantities during peak hours. He said oil and gas companies should also have the fl exibility to absorb 10%- 15% gap in case of fluctuation in the electricity demand. The problem, he added, was that the petroleum division had erroneously been assuming 1,130mmcfd allocation for the power sector against a fi rm written demand for 850mmcfd. Moreover, the official said, power plants were hired on the basis of economic order. The hydropower generation is now touching 7,500-8,000MW, which was the cheapest and its utilisation could not be reduced because of rainy spell. The SNGPL said the weather forecast suggested rains over four major consumption hubs on the SNGPL net- work and it would result in continued less consumption of RLNG by the power sector.