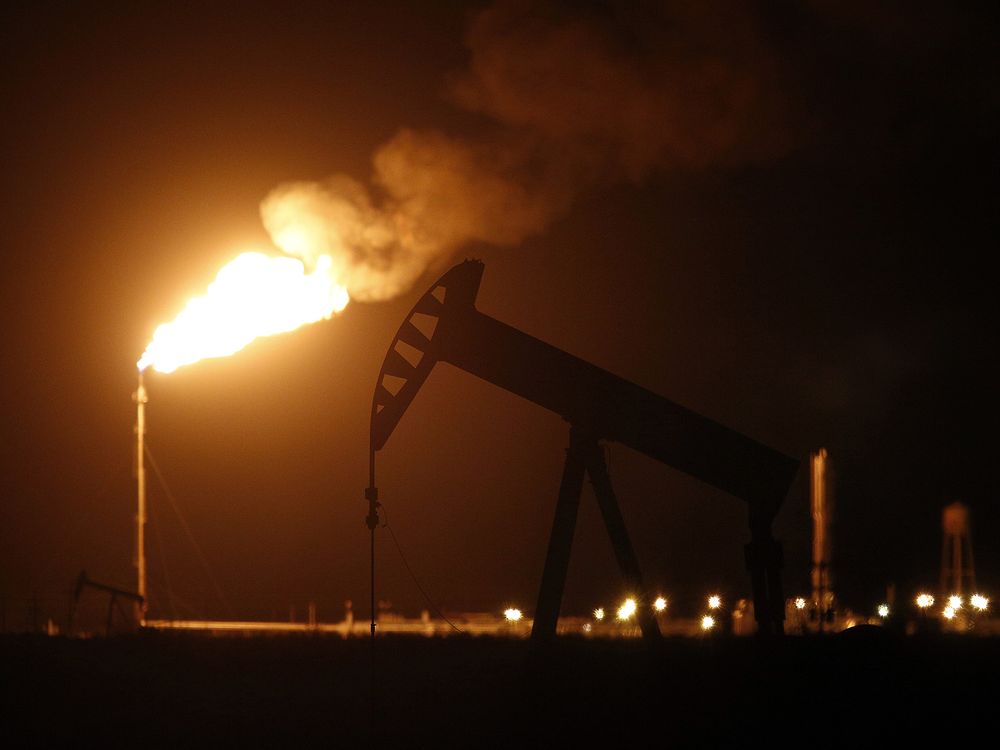 If you take a drive along the well-worn highways of West Texas, orange flames will punctuate your journey. Those are gas flares, and they’re lighting up the skies above West Texas oilfields like never before as drillers produce crude faster than pipes can be laid to haul the attendant natural gas away. Oil drillers say flaring is the most environmentally friendly way to get rid of excess gas they can’t sell. Environmentalists say that in many cases what flaring is friendly to is oil drillers’ profits. They think regulators in states including Texas and North Dakota should be tougher on a practice that harms air quality and contributes to climate change.

1. Why do drillers flare?

When an oil well begins to spew, less-valuable natural gas comes up alongside crude. Pipelines can capture that gas, but when they’re not available, producers often get rid of the gas so they don’t have to stop pumping oil. They do that by either igniting the gas, in the case of flaring, or releasing it directly into air, known as venting. Flaring is preferred because methane, an especially potent greenhouse gas, is burned off, though carbon dioxide is released into the air.

A lot. The World Bank estimated that globally in 2018, 145 billion cubic meters of gas was flared, about as much as Central and South America use in a year. The amount is rising because of the oil boom in the U.S., which is fueled by the use of hydraulic fracturing — fracking — to unlock fuel from shale rock. Increased flaring in the U.S. is concentrated in the shale oil basins known as the Eagle Ford in Texas, the Permian in Texas and New Mexico, and the Bakken in North Dakota. Permian flaring rose about 85% last year, according to data from Oslo-based consultant Rystad Energy. The volume flared in Texas by the end of 2018 was greater than residential gas demand in the entire state.

3. What are the effects? Gas flaring globally emits more than 350 million tons of carbon dioxide in a year, according to the World Bank. That’s the equivalent of the carbon emissions from 90 coal-fired power plants. In the U.S., flaring accounts for an estimated 9% of the greenhouse gas emissions of the oil and gas industry. In addition, the practice spews particulate matter, soot and toxins into the air that have been shown to be hazardous to humans.

4. How does the U.S. regulate flaring?

Flaring is allowed when the gas could cause a safety concern due to high pressure in a well and when pipelines aren’t in place to carry the fuel away. In either case, flaring spares drillers from having to suspend production, a costly move that can damage a reservoir’s future output. The Texas Railroad Commission, the main oil and gas regulator in the state, has never denied a request for a flaring permit. In a controversial case, it granted one Aug. 6 to Exco Resources Inc. even though the company’s wells were already connected to pipelines. Exco successfully argued that it would lose money paying to access the network.

5. Isn’t the gas worth something?

The short answer is no, not in oil-dominated basins where what matters is the ability to keep pumping black gold. In the Permian, local gas prices have gone negative multiple times this year, meaning drillers were actually paying customers to haul their gas.

Yes, when prices justify the costs of capturing the gas and transporting it to markets. A new pipeline led by Kinder Morgan Inc. is expected to reduce the pressure to flare. At the same time, pipeline projects in Texas are beginning to attract public opposition, a more common phenomenon in the northeastern U.S. Landowners along the route of another Kinder Morgan line are fighting the project in court, arguing against the company’s use of eminent domain to take private property. It’s not clear whether the legal battle will affect the project, but the challenge portends a tone shift in a historically industry-friendly state.

7. Are there alternatives to flaring?

Apart from transporting gas to markets via pipeline, oil producers can use it on-site as an energy source or reinject it underground. Both options require investments, however. Russia requires oil drillers to make use of 95% of the gas they produce, while Nigeria prohibits flaring, yet the practice is common in both places. That suggests bans may not be sufficient without incentives to curb flaring.

To contact the editors responsible for this story: Simon Casey at scasey4@bloomberg.net, Lisa Beyer