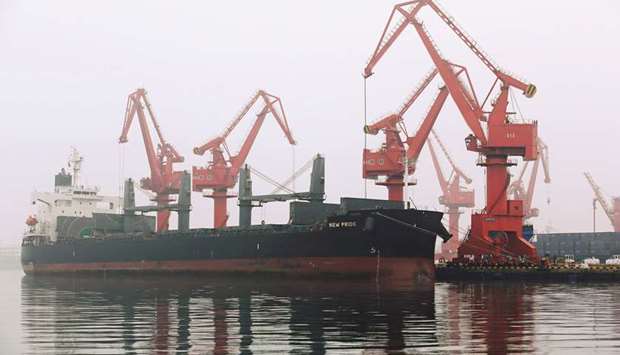 China’s fuel producers are making extended curbs to their output in the third quarter after supply from mammoth new refineries stoked an already-sizeable glut, potentially dragging on crude oil demand from the world’s biggest importer of the commodity. Private refiner Hengli Petrochemical ramped up its 400,000-barrels per day (bpd) plant in northeast China to full capacity in May, while Zhejiang Petrochemical began trial runs around the same time at a similar-sized refinery on the east coast. In the wake of that wave of fresh supply and amid slowing local demand for fuels such as gasoline and diesel, refiners are cutting their crude processing, or throughput, industry sources and analysts said. That drop should sap their appetite for crude imports, pulling down on international oil prices that have already been hit by fears over a slowing global economy. The swollen surplus of fuel products could also send China’s fuel exports surging to new highs and further pinch Asian refining profits. “For markets that are already consumed with fears about a global recession…headline numbers of oil demand growth slowing alongside talk of run cuts seem to reinforce a bearish narrative,” said Michal Meidan, a London-based analyst at Energy Aspects. Small-scale refiners known as ‘teapots’, mainly located in Shandong province, are coming under most pressure to make fresh output cuts, analysts said, extending curbs many of them made in May and June. Teapots have been seen as a bellwether for China’s oil demand since 2015 when they became first-time crude oil importers. They now make up a fifth of the nation’s total crude imports. Dongming Petrochemical Group, the province’s largest independent refinery, is closing its 240,000-bpd plant this week for two months of maintenance in the wake of “poor margins”, according to a company source. That comes after plants were losing 300-350 yuan ($44-$51) on each tonne of crude oil they processed in June, their largest such loss in nearly four years, said Shi Linlin, an analyst at consultancy JLC, and analyst Wang Zhao at Sublime China Information, another consultancy in the province. Seven plants in Shandong – including Dongming – with total crude processing capacity of 470,000 bpd will be offline in July for overhauls, JLC estimates. That’s equivalent to a throughput cut of 14mn barrels of crude in July alone, or nearly 4% of the country’s processing levels in May. Meanwhile, two major coastal plants run by Sinopec Corp, Asia’s largest refiner, are planning to trim throughput by nearly 2%, or roughly 10,400 barrels per day, in July-September from the second quarter, plant sources said. That comes after these two plants were hit by refining losses in June for the first time this year. Sinopec did not respond to a request for comment. All refinery sources declined to be named as they were not authorised to speak to the media. The losses at small refiners come a month after behemoth Hengli cranked up operations at its plant in the northeastern port of Dalian. Hengli, traditionally a polyester maker, shipped its first gasoline cargo in early June. That was 80,000 tonnes sold to Sinopec at 5,300 yuan ($769.48) a tonne at an ex-plant rate, which is 700 yuan, or 12%, below prices offered by Shandong teapots, said two sources with direct knowledge of the transaction. The refiner in June placed a total of over 500,000 tonnes of gasoline at 300 to 500 yuan a tonne below market rates on average and sold a similar amount of off-specification diesel fuel with smaller discounts as its fuel quality has yet to stabilise, the sources said. “We were indeed marketing at promotional rates to build our customer base. But this is a temporary marketing strategy as we are new to the market,” said a Hengli spokesman, without elaborating. The Hengli and Zhejiang plants are together expected to account for about 6.4% of total Chinese crude oil throughput.