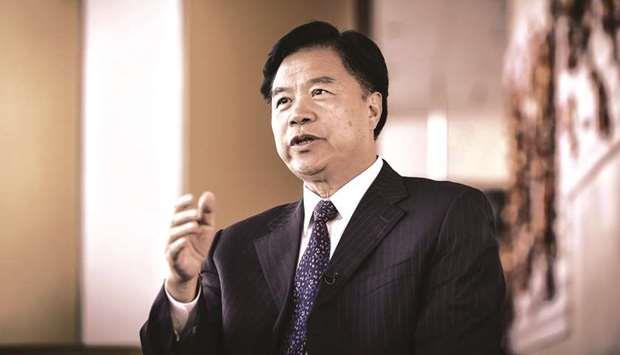 (MENAFN – Gulf Times) Top executives at China’s leading energy companies are set for a power shake-up as the nation takes steps to reorganise and revamp its leadership and energy infrastructure.
The executive changes at the state-owned giants come as the sector is under pressure to increase competition and boost domestic output in the face of growing dependence on energy imports.
The government this week opened its upstream sector to foreign drillers and last month rolled out plans to spin off the nation’s pipelines into a new firm to allow more companies access to energy infrastructure.
Dai Houliang, chairman of refining giant Sinopec Group, is set to be named the new chairman and party secretary of the country’s biggest oil firm, China National Petroleum Corp, according to people familiar with the matter.
Wang Yilin, the current CNPC chairman, is set to step down and retire, they added.
The top job in Sinopec Group, formally known as China Petrochemical Corp, will be taken by Zhang Yuzhuo, former chairman of coal colossus China Shenhua Energy Co, said the people who asked not to be identified as the information is private.
Li Fanrong, deputy director of China’s National Energy Administration and former CEO of CNOOC Ltd, will be named as general manager of CNPC, said the people.
Zhang Wei, current general manager at CNPC, will be appointed chairman of the newly-established national oil and gas pipeline company.
The decision by China’s central government is set to be announced as early as this week. Nobody responded to emails or calls sent to CNPC and Sinopec’s press offices.
State Grid Corp, China’s largest operator of electric networks, also named a new top executive, putting Mao Weiming in place as chairman and party chief.
CNPC is the nation’s largest driller and natural gas importer, and is the parent of PetroChina Co, while Sinopec Group is the world’s largest oil refiner by capacity and parent of China Petroleum & Chemical Corp.
The appointment of the new CNPC executives will be especially positive for PetroChina, according to analysts at Sanford C Bernstein & Co including Neil Beveridge in a note to clients.
Dai could help shape up the company’s struggling refining and petrochemical division, while Li’s stint at Cnooc proved him ‘one of the highest calibre CEOs within China’s oil and gas industry over the past decade.
‘We view his appointment as a strong sign that significant reform could take place within the PetroChina which is undergoing major change with pipeline reform, Beveridge said.
Even as PetroChina and Sinopec have raised spending to boost output heeding calls from President Xi Jinping to bolster the nation’s energy security the country has become more dependent on foreign supplies.
China’s dependence on overseas oil has grown from less than 50% in 2005 to nearly 75% by the end of last year as more than two decades of super-charged growth have made it the world’s biggest importer.
China also became the world’s biggest natural gas importer in 2018, overtaking Japan after a government push for cleaner energy caused demand to surge.