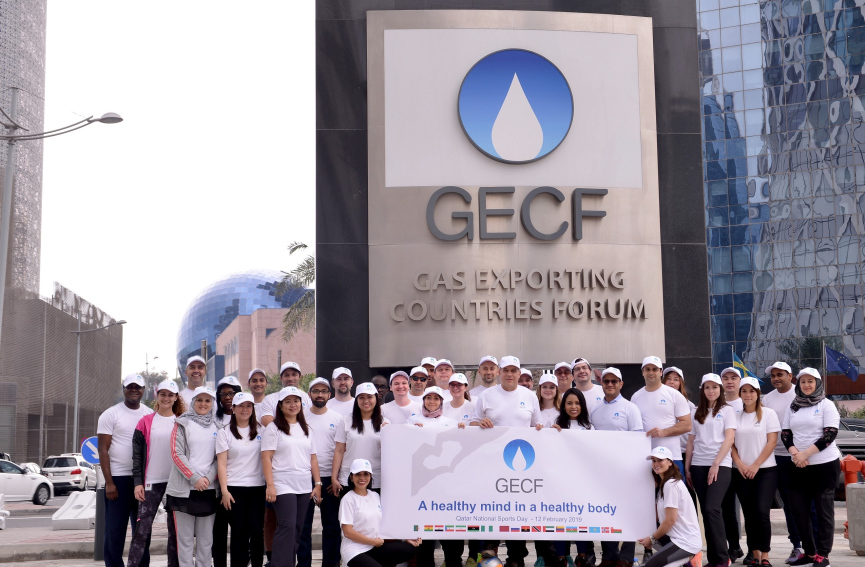 The Gas Exporting Countries Forum (GECF) has joined a growing global consensus that blue hydrogen production from natural gas, coupled with carbon capture or CCUS technologies will play a “significant” role in the world’s transition to a sustainable energy future.
This was highlighted by GECF secretary-general Yury Sentyurin at a special virtual event ‘Blue Hydrogen Strategy’, organised by it. The event made special note of the potential for enriched natural gas, which is a blend of natural gas with hydrogen.
The hydrogen economy is the use of hydrogen as a fuel, but is subject to intensive comparison, particularly between “various colours” of hydrogen. The most popular green hydrogen is obtained from renewables but is sub-scale, while the blue is produced from natural gas after pairing with carbon capture.
“Looking at the alternative of blue hydrogen, it builds on natural gas and we already have this technology in place and the network to carry this volume is in place, for example through pipelines for natural gas,” Steinar Eikaas, Equinor’s vice president for Low Carbon Solutions.
Currently, the cost of producing blue hydrogen is 50-100% above natural gas production; however the resultant fuel is completely carbon dioxide free. The cost of green hydrogen, meanwhile, is 2-5 times above blue hydrogen.
Energy experts believe that hydrogen is the next frontier as it can fill the same purpose as, for example, natural gas, and decarbonise many of the same sectors fuelled traditionally by hydrocarbons.
“When it comes to the type of hydrogen, blue hydrogen has advantages simply because the infrastructure already exists and the oil and gas industry has the investment muscle,” he said.
Giving a European example, he said the European Union’s new hydrogen strategy, announced this July, has set very aggressive target of 40 gigawatts of green hydrogen by 2030 but left another 40 gigawatts for imports, thereby leaving the opportunity for blue hydrogen to fill in the gap. According to the latest available figures from the GECF Global Gas Outlook 2050 (2020 edition), natural gas is projected to remain the fastest growing fossil fuel with a share of 28% in the global energy mix by 2050 against the current 23%. Along the way, it will play a vital role in decarbonisation options, such as the blue hydrogen.
Referring to the Global Gas Outlook 2050, the GECF Head of Energy Economics and Forecasting Department Sokolov, said the forum developed a dedicated scenario called the “Hydrogen Scenario”, the results of which suggest blue and green hydrogen to dominate the future of hydrogen production.
“According to the results of the scenario, almost half of the produced hydrogen will be sourced from natural gas by 2050, in the form of blue hydrogen. It is also forecasted that more than 10% of the total natural gas production in 2050 will be consumed by hydrogen,” he added.