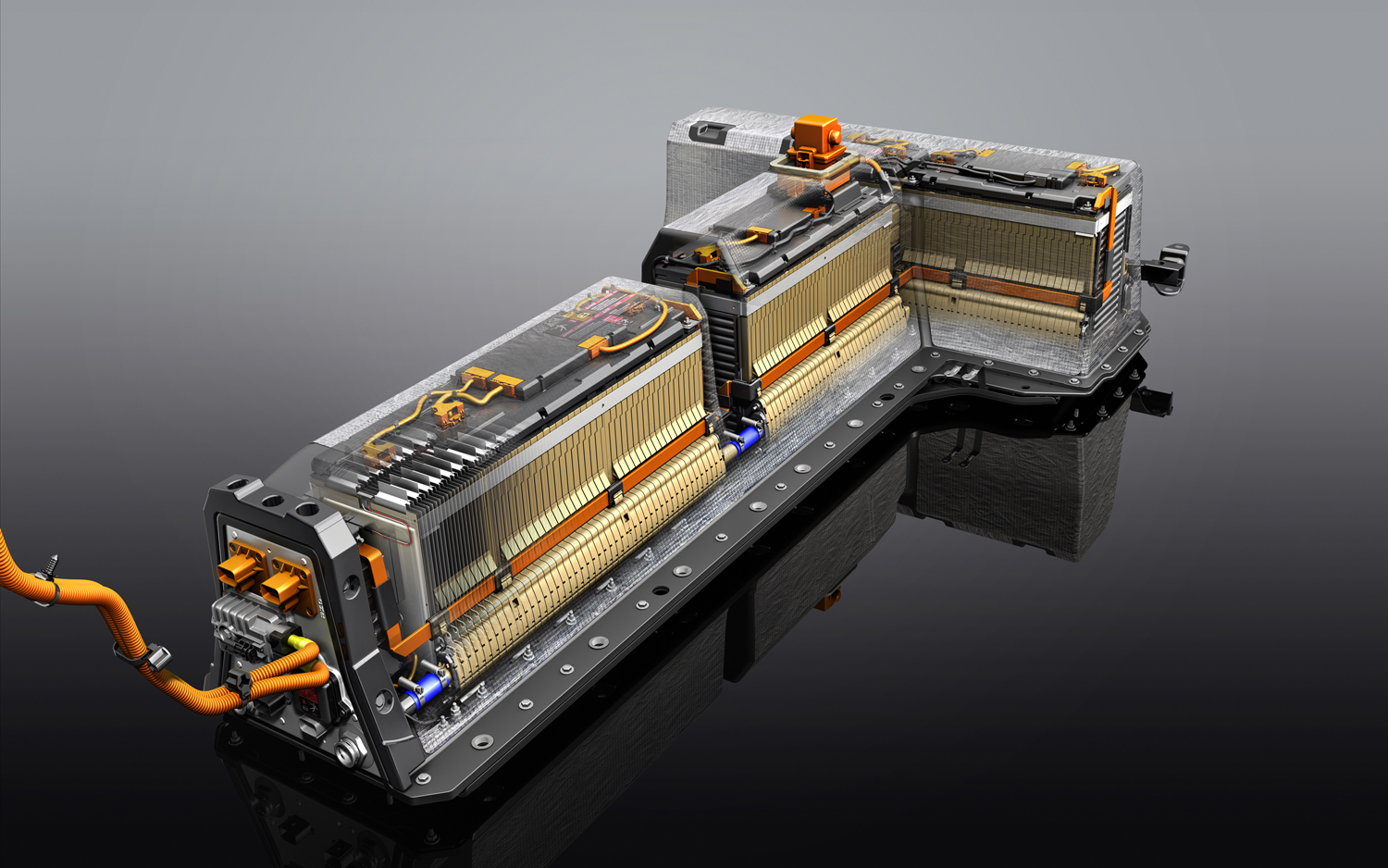 At Tesla Inc.’s ballyhooed Battery Day event last year, CEO Elon Musk set himself an ambitious target: to produce a $25,000 electric vehicle by 2023. Hitting that sticker price — about $15,000 cheaper than the company’s least expensive model today — is seen as critical to deliver a true, mass-market product. Getting there means finding new savings on technology — most critically the batteries that can make up a third of an EV’s cost — without compromising safety. Alongside Musk, traditional automaking giants including Toyota Motor Co. and Volkswagen AG are pouring tens of billions of dollars into the race.

1. Why are EV batteries so expensive?

Largely because of what goes in them. An EV uses the same rechargeable lithium-ion batteries that are in your laptop or mobile phone, they’re just much bigger — cells grouped in packs resembling big suitcases — to enable them to deliver far more energy. The priciest component in each battery cell is the cathode, one of the two electrodes that store and release electricity. The materials needed in cathodes to pack in more energy are often expensive: metals like cobalt, nickel, lithium and manganese. They need to be mined, processed and converted into high-purity chemical compounds.

2. How much are we talking?

At current rates and pack sizes, the average battery cost for a typical EV works out to about $6,300. Battery pack prices have come down a lot — 89% over the past decade, according to BloombergNEF. But the industry average price of $137 per kilowatt hour (from about $1,191 in 2010) is still above the $100 threshold at which the cost should match a car with an internal-combustion engine. Costs aren’t expected to keep falling as quickly, and rising raw materials prices haven’t helped. Still, lithium-ion packs are on track to drop to $92 per kWh by 2024, according to BNEF forecasts, and $58 per kwh by 2030.

3. How will the batteries get cheaper?

A major focus for manufacturers is on the priciest commodities, and particularly cobalt. One option is to substitute the metal with nickel, which is cheaper and holds more energy. Doing so requires safety adjustments, however, as cobalt’s advantage is that it doesn’t overheat or catch fire easily. Another move has been to use alternatives that don’t contain cobalt at all, like low-cost lithium iron phosphate cells, once derided for poorer performance but winning a revival as design changes deliver improvements. Simplifying battery pack design, and using a standard product for a range of vehicles — rather than a pack tailored to each model — will deliver additional savings.

4. What about fire risks?

Lithium-ion batteries, whether used in grid-sized storage facilities, cars or devices like smartphones, can catch fire if they’ve been manufactured poorly, damaged in an accident, or the software that runs them hasn’t been designed properly. Incidents remain rare, but garner huge scrutiny in what remains a developing sector. A decision in August by General Motors Co. to carry out a $1.8 billion recall of more than 100,000 Chevrolet Bolt models as a result of battery defects underscored the seriousness. Blazes or overheating incidents this year also impacted major energy storage projects in Australia and California. And the fires aren’t easy to extinguish; it took firefighters four hours and took more than 30,000 gallons (113,560 liters) of water to douse a Tesla Model S after a fatal crash in Texas. Tesla insists that incidents involving electric models garner undue attention. According to its 2020 Impact Report, cars with internal-combustion engines (ICE) catch fire at a “vastly” higher rate. From 2012 to 2020 there was about one Tesla fire for every 205 million miles (330 million kilometers) traveled, compared to a fire every 19 million miles for ICE vehicles, the EV pioneer said.

5. Who are the biggest manufacturers?

Asia dominates manufacturing of lithium-ion cells, accounting for more than 80% of existing capacity. The Chinese company Contemporary Amperex Technology Co. Ltd. (CATL) shipped the highest volume in 2020, capturing almost a quarter of the market. By September this year it had extended its lead to 30%, followed by South Korea-based LG Energy Solution and Japan’s Panasonic Corp. Tesla and Panasonic’s joint venture is the biggest battery producer in the U.S. Emerging producers include Northvolt AB in Sweden, founded by former Tesla executives, and Gotion High-tech Co. in China.

6. Are the batteries all the same?

They have the same basic components: two electrodes — a cathode and an anode — and an electrolyte that helps shuttle the charge between them. But there are differences in the materials used, and that’s key to the amount of energy they hold. Grid-storage systems or vehicles traveling short distances can use cheaper and less powerful cathode chemistry that combines lithium, iron and phosphate. For higher-performance vehicles, automakers favor more energy-dense materials, such as lithium-nickel-manganese-cobalt oxide or lithium-nickel-cobalt-aluminum oxide. Further refinements are seeking to improve range — how far a vehicle can travel before recharging — as well as charging speed.

7. So China’s in pole position?

Yes, in almost every aspect. China is responsible for about 80% of the chemical refining that converts lithium, cobalt and other raw materials into battery ingredients, though the metals themselves are largely mined in Australia, the Democratic Republic of Congo and Chile. China also dominates processing capacity across four key battery components (cathodes, anodes, electrolyte solutions and separators), with more than half of the world’s commissioned capacity for each, BNEF data shows. The nation faces a challenge when it comes to advanced semiconductor design and software, components that are increasingly important as cars become more intelligent. Less than 5% of automotive chips are made in China, according to the China Association of Automobile Manufacturers.

8. Is cost the only hurdle?

There’s still an issue with driving range. While the most-expensive EVs can travel 400 miles or more before a top up, consumers considering mainstream models remain anxious about how often they’ll need to recharge. Automakers and governments have become directly involved in the roll-out of public recharging infrastructure for drivers on the road. However, most recharging is expected to take place at home, and that means another cost for consumers. While the average price of a home-charging kit has fallen 18% since 2017 to about $650, some top-of-the-line bi-directional chargers (which let you send energy from the vehicle to the home or grid), cost more than $6,000. Installation costs in the U.S. can run from as little as $400 to more than $3,300.

9. What’s around the corner?

Most keenly anticipated is the arrival of solid-state batteries, which promise a huge performance upgrade by replacing the flammable liquids that enable charging and discharging with ceramic, glass or polymers. QuantumScape Corp. says it has innovations in that field to increase a car’s range by as much as 50% and the technology could be deployed in vehicles at dealerships as soon as 2026. Another industry focus is modifying anodes — typically made using graphite — to add more silicon, or by using lithium metal. That would likely make it viable to power smaller aircraft. Storing renewable power with utility-scale batteries for days or weeks, rather than hours at present, is also a key challenge. Form Energy Inc. is developing iron-air batteries that it says could enable entirely carbon-free grids. CATL and others are also working on plans to substitute lithium, or combine it with, far cheaper sodium-ion technology for some niche applications.

— With assistance by Chunying Zhang