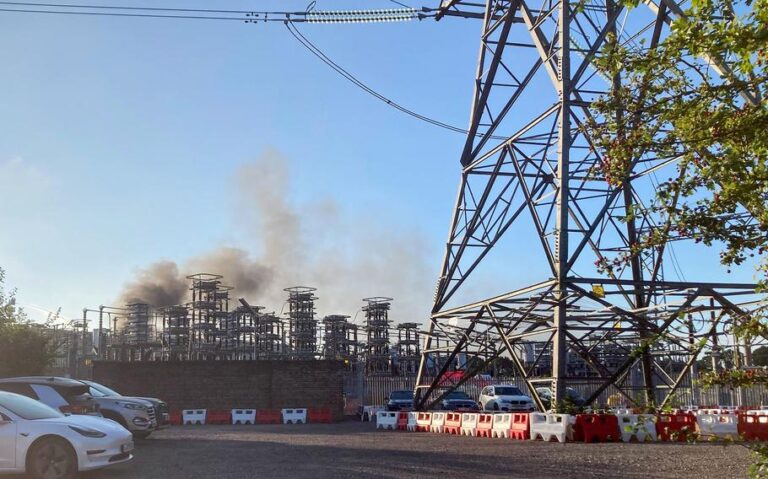 Europe’s energy ambitions are clear: to shift to a low-carbon future by remaking its power generating and distribution systems. But the present situation is an expensive mess. A global supply crunch for natural gas, bottlenecks for renewable energy and wind speeds in the North Sea among the slowest in 20 years, idling turbines, have contributed to soaring prices for everything from electricity to coal. Governments are preparing to intervene if needed in volatile energy markets to keep homes warm and factories running.

Energy prices skyrocketed as economies emerge from the pandemic — boosting demand just as supplies are falling short. Coal plants have been shuttered, gas stockpiles are much lower than normal and the continent’s increasing reliance on renewable sources of energy is becoming a vulnerability. Even with mild weather, benchmark gas prices traded as high as 100 euros per megawatt-hour on Oct. 1, the first day of the official heating season for the European energy markets. That’s up almost 400% from the start of the year. Italy’s ecological transition minister, Roberto Cingolani, said he expected power prices to increase by 40% in the third quarter. In the U.K., CF Industries Holdings Inc., a major fertilizer producer, shut two plants, and Norwegian ammonia manufacturer Yara International ASA curbed its European production because of high fuel costs. Mining company Boliden AB says the record prices will boost costs for the industry for years to come.

2. What do gas prices have to do with electricity?

Some 23% of European Union electricity was generated from gas in 2019, just behind the 26% that came from nuclear plants. Electricity is very hard to store, which means that big swings in fuel costs translate quickly into price volatility. Large batteries exist, of course, and that technology is developing quickly, but it will be many years before they can offer serious storage capacity for renewable energy. Some European countries have become increasingly dependent on electricity exports from others with an abundance of power.

3. Why is there a supply shortfall?

Storage sites in Europe reached late summer, when natural gas inventories usually get replenished, at their lowest levels in more than a decade for the time of year. Supplies from Russia were limited because it was rebuilding its own inventories, while Norwegian gas flows were lower than average during maintenance work at its giant fields and processing stations. That said, prices in Europe would need to rise even higher in order to attract cargoes of liquefied natural gas away from Asia, where China is stockpiling to power its economy and build reserves for winter.

4. Why is China important for European energy markets?

It’s by far the biggest consumer of energy and commodities in the world, and it has ordered state-owned companies to secure supplies at all costs.

5. How are power prices set in Europe?

Utilities and big companies buy and sell power years in advance, relying heavily on forecasts about the economy and long-term fuel costs. The broader European power market has traditionally been focused on the price for the following day, with auctions supplying a day-ahead price functioning as the benchmark. Traders submit bids and offers for each hour based on their calculations of supply and demand, and then an average price is calculated by the exchange handling that market. Consumer prices are set by state regulators after utilities request rate changes based on how much they’ve paid for wholesale power, transmission investments and overall upkeep of their grids.

The explosion of renewable energy, which is more intermittent than fossil- or nuclear-fuel generators. Because weather patterns can create big price shifts, markets for shorter time periods later the same day have also become vital.

7. How reliant is Europe on wind?

Northern coastal countries including the U.K., Germany and Scandinavian nations have become leaders in wind generation and technology. In Spain, the growth in wind and solar plants helped send its share of renewable energy to a record 44% of total power in 2020. France also is producing more power from wind, but its electricity generation is still dominated by nuclear plants.

8. Which countries are most at risk of running out of power?

Those with limited cable links to their neighbors. In a crisis, they are less able to benefit from Europe’s interconnected market, which enables power to flow to where it’s needed the most and where it fetches the highest price. Ireland’s grid operator warned in September that there was a risk of blackouts due to lack of wind. Many U.K. plants are old and break down from time to time. If big outages coincide with little wind or sun, the nation could be close to running out of electricity.

9. What does this mean for Europe’s climate goals?

Renewable energy brings volatility, and that’s going to make it very costly for the continent to reach its targets. In Germany, for instance, outgoing Chancellor Angela Merkel’s energy policies have cost citizens hundreds of billions of euros in subsidies. EU climate chief Frans Timmermans has said higher prices must not undermine the bloc’s resolve to expand renewable power and that the industry should speed up instead to make more cheap green energy available.