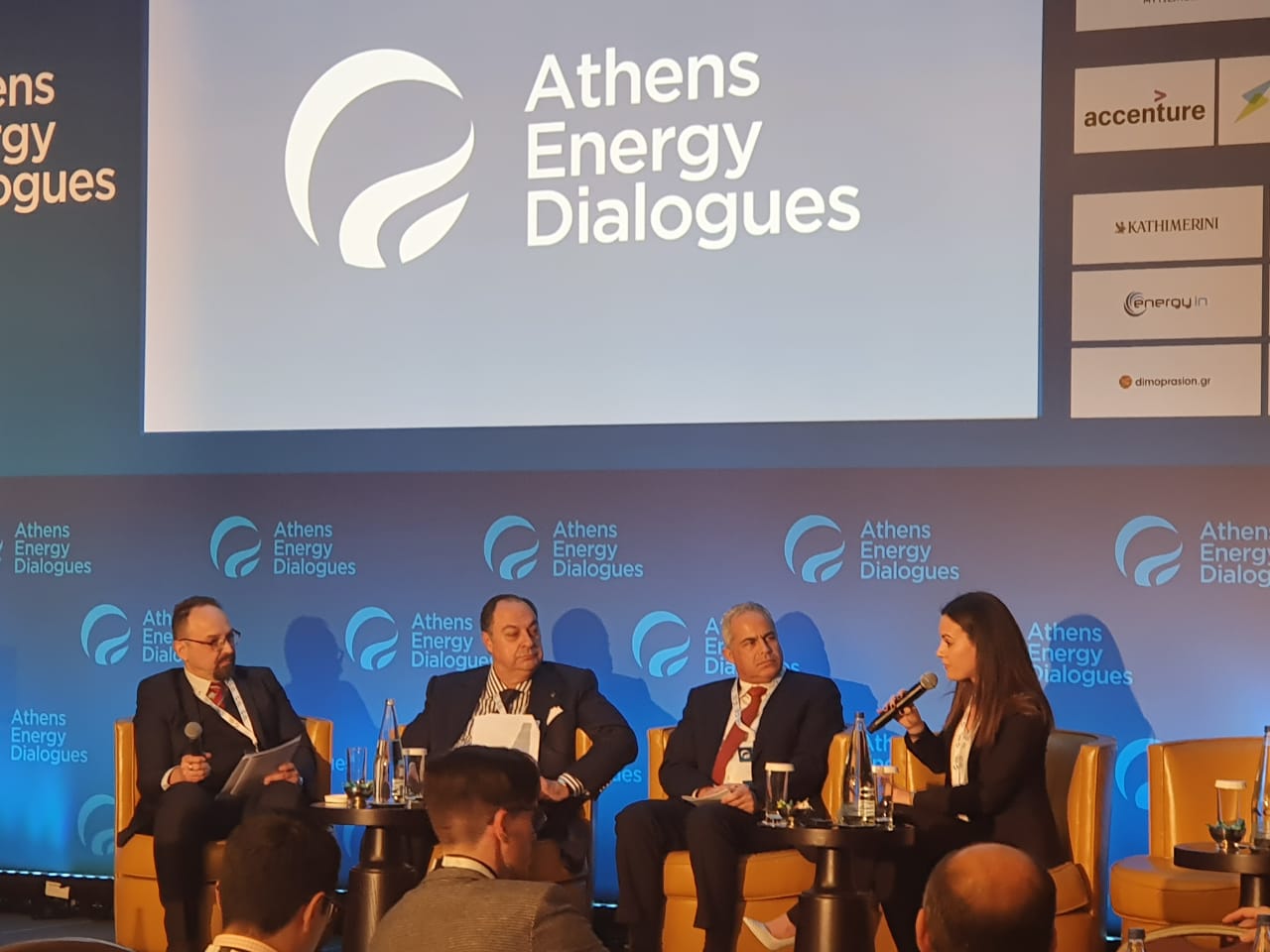 ATHENS, Greece: Keeping the United States engaged in the Eastern Mediterranean is the surest way to help the region get the most out of its hydrocarbon resources, an industry veteran told a conference in Athens on Thursday.

Roudi Baroudi, CEO of Energy and Environment Holding, an independent consultancy based in Qatar, told the first day of the Athens Energy Dialogues that peace and stability were prerequisites for sound development of the sector.

“This part of the world has long and painful experience of instability, and recent events indicate that the ingredients for more conflict are still very much on the table,” he told his audience. “In order to realize the potential offered by oil and gas, we need to learn from our shared history and avoid repeating it.”

While several East Med countries have discovered significant oil and gas deposits off their coasts in recent years, most of the region’s maritime boundaries are yet to be agreed, leaving ownership of the resources in dispute. The uncertainty threatens to discourage investment and delay development on multiple fronts, including the auctioning of offshore blocks for exploration and production, and the construction of processing and pipeline facilities for the export of liquefied natural gas (LNG) to Western Europe. Baroudi’s frequent advocacy of diplomacy to resolve these differences has made him something of an unofficial ambassador for dialogue and other peaceful means of dispute resolution under international law. With more than four decades in the energy business, Baroudi has helped shape policy and investment choices for companies, governments, investors, and supranational organizations like the United Nations and the European Union. He said the UN and related institutions offered a variety of mechanisms by which countries might find ways to replace politico-military competition with at least tacit cooperation, but also warned that much of the internationalist playbook was under threat.

Citing former UN Secretary General Boutros Boutros-Ghali, he noted that UN institutions only work as intended when member states follow the rules and encourage others to do the same.

The effectiveness of the rules-based system developed after World War II, he argued, “stems primarily from the participation and goodwill of all member states, but especially the strongest and most influential among them – and in particular, therefore, the United States.”

“Much of this architecture has recently been undermined by some of the very countries that once championed its suitability for keeping the peace, maintaining stability, and otherwise providing peoples with the tools, the time, and the space they need to govern themselves and grow their economies,” Baroudi warned. “The UN itself can only promote the kind of preventive diplomacy that abets both peacemaking and peacekeeping; actual implementation depends very much on the policies and practices of member states. And then as now, no member state is more crucial to that reality than the United States. It alone has the requisite power, presence, and influence … It behooves all regional states, therefore, to keep the USA engaged in the Eastern Med.”