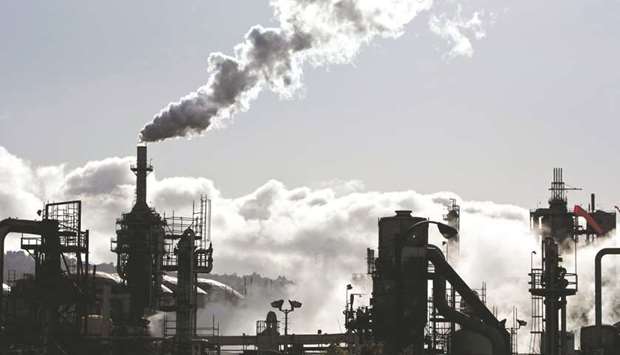 As world leaders gather in Madrid for the United Nations Climate Change Conference (COP25), they must address more than future targets for reducing greenhouse-gas emissions.
They must also address the harm to people and livelihoods that climate change is already causing.
Strengthening our ability to adapt to climate change has never been more urgent.
Many regions are experiencing major difficulties as a result of higher global temperatures and changing weather patterns.
We must do more to help citizens and governments tackle issues such as rising sea levels, wildfires, hurricanes and other natural disasters, and increased coastal erosion.
Even if we meet the Paris agreement’s goal of limiting the average global temperature increase to well below 2C, at least 570 cities and some 800mn people will be at risk from rising sea levels and more frequent and destructive storms.
And these dangers will grow as temperatures climb ever higher.
The very existence of some island countries and coastal communities will be threatened.
It is thus essential to reduce the risks that climate change poses to humans and the economy.
Unless action is taken, climate change will reduce global GDP per capita by more than 7% by 2100, with equally severe consequences for countries, whether they are rich or poor, hot or cold.
The economic and broader social benefits of adaptation to climate change are clear.
In September, the Global Commission on Adaptation issued a report calling on governments, businesses, and communities to take urgent action to step up adaptation measures.
The report finds that an investment of $1.8tn across five key areas – early warning systems, resilient infrastructure, agriculture, mangrove protection, and resilient water supplies – from 2020 to 2030 could generate $7.1tn in benefits.
Still, today’s investment gap is huge.
The climate challenge demands much deeper co-operation between the public and private sector to increase green investment.
We need to ensure that infrastructure is built to cope with the increased impact of climate change and develop clear global standards for disclosing the climate risks that investment projects pose.
For example, how will a city cope with increased flood risk, and how will agricultural land be maintained productively as droughts grow more severe? Big and small investors alike should know exactly how their money could be affected by a changing climate.
Here, public investment institutions like the European Investment Bank can assist with adaptation in many ways.
The EIB has long invested in projects that reduce emissions and help countries adapt to climate change.
But now we are making even larger strides toward strengthening adaptation, by deepening our expertise, creating new systems to ensure the resilience of our investments, and working closely with the public and private sectors.
For example, we will no longer fund infrastructure projects that are not climate resilient.
Accordingly, we have introduced a climate risk-management system, and are adding climate adaptation criteria to all infrastructure projects.
The EIB will also be focusing on adaptation from the very earliest stages of project preparation, both through advisory services and technical assistance.
Whereas we have gained much experience in the field, many of our public- and private-sector clients may lack the resources or expertise to assess climate risks.
For example, the EIB has been working closely with the Caribbean Development Bank to ensure that all of its projects consider climate risks, and to develop a pipeline of climate-friendly investment projects worth more than $300mn.
Finally, the EIB plans to increase its support for innovative technologies such as weather analytics and climate-resilient food systems, to help companies, individuals, and communities prepare for climate change.
To that end, the EIB now supports the Climate Resilience and Adaptation Finance and Technology Transfer Facility (CRAFT), the first private-sector fund dedicated to addressing these problems in developing countries.
The EIB is also raising its climate-finance target, so that at least 50% of its lending will support environmental sustainability by 2025 – an increase from around 30% today.
And by 2030, the EIB Group plans to support $1.1tn of climate action and environmental sustainability investments through loans and grants, including for developing countries to help them strengthen the resilience of roads, railways, ports, farmland, sanitation and drinking water systems, and digital-communication networks.
Underinvestment in adaptation is particularly a problem for low-income countries, most of which are located in hotter, more vulnerable regions.
Supporting these countries’ efforts to adapt to climate change is essential to their ability to develop.
Yet we also must not lose sight of the big picture.
The higher global temperatures rise, the less we will be able to rely on adaptation.
Scientists estimate that we are now heading for a temperature increase of 3-4C by the end of the century, with disastrous consequences for people around the world.
The world’s most vulnerable populations are already bearing the brunt of climate change, because they are the most exposed to the risks and have the fewest resources with which to adapt.
But, given that all cities, regions, and countries are facing some type of climate risk, the adaptation imperative simply cannot be ignored. – Project Syndicate

* Emma Navarro is Vice President of the European Investment Bank.