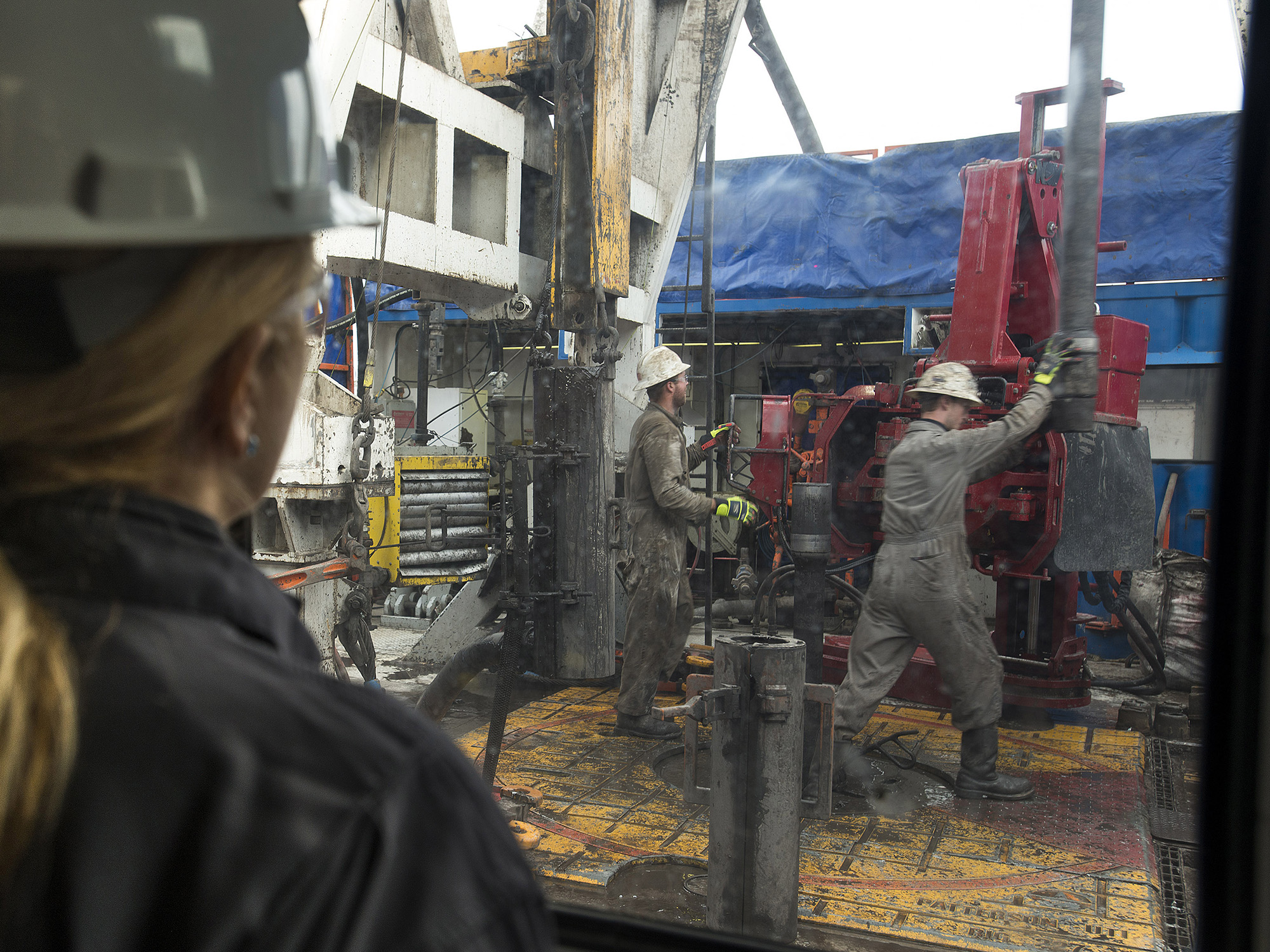 Investor calls for shale producers to shut down rigs and stop burning through cash are being heeded, Sheffield, Pioneer Natural Resources Co.’s chief executive officer, said on Tuesday. Across the American shale industry, output growth will slow next year, providing a boost for crude prices through the early 2020s, he said.

“I don’t think OPEC has to worry that much more about U.S. shale growth long term,” Sheffield said during a conference call with analysts. He’s “definitely becoming more optimistic that we’re probably at the bottom end of the cycle regarding oil prices.”

Talk of a shale slowdown reached a fever pitch this year as investors crushed drillers’ stocks and demanded spending discipline. As if on cue, Occidental Petroleum Corp., Apache Corp., Cimarex Energy Co. and Pioneer are all signaling plans to trim budgets. Explorers’ capital spending in 2020 will be 17% lower than this year, according to Cowen & Co., citing guidance from 14 third-quarter earnings reports.

Mark Papa, who built Enron Corp. castoff EOG Resources Inc. into one of the world’s biggest independent oil explorers and now runs Centennial Resource Development Inc., has been sounding the alarm on shale growth since at least February. In reiterating that warning on Tuesday, he said the slowdown will be more dramatic than he predicted as recently as nine weeks ago.

Papa downgraded his 2020 shale growth forecast to 400,000 barrels a day compared from the 700,000 estimate he discussed in early September.

“This is likely not just a 2020 event,” Papa said during Centennial’s third-quarter results call. “I believe U.S. shale production on a year-over-year growth basis will be considerably less powerful in 2021 and later years than most people currently expect.”

Sheffield sees about 700,000 barrels a day being added next year while the Energy Information Administration predicts that next year’s daily production will expand by 910,000 barrels. Even that would be half of last year’s increase.

For Papa, there’s a more fundamental reason driving the downturn in shale than investor sentiment. Many producers have drilled their best locations and are now turning to lower-quality sites. Some also have been drilling wells too close together, resulting in a loss of overall performance.

The counterpoint to Sheffield and Papa’s gloomy outlook is the supermajors Exxon Mobil Corp. and Chevron Corp., which are ramping up Permian Basin drilling. Each plan to produce about one million barrels a day from the basin by the early 2020s. That may provide a silver lining for independent producers: an opportunity to get bought, Sheffield said.

— With assistance by Catherine Ngai