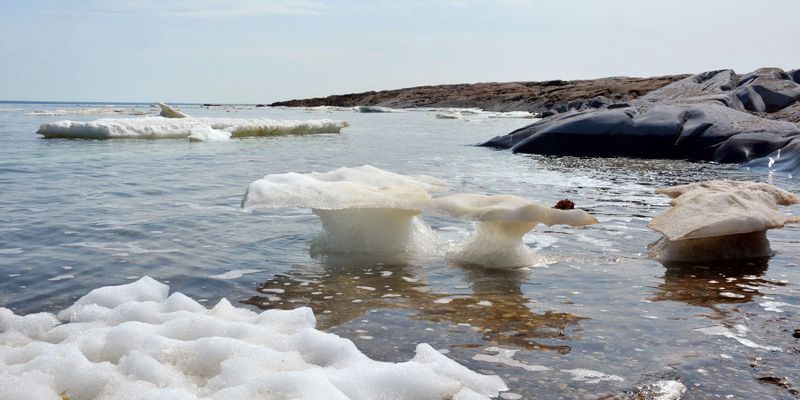 Though it is well known that climate-induced sea level rise is a major threat, new research has found that previous ice loss events could have caused sea-level rise at rates of around 3.6m per century. This offers vital clues as to what lies ahead should climate change continue unabated. A team of scientists, led by researchers from Durham University, used geological records of past sea levels to shed light on the ice sheets responsible for a rapid pulse of sea-level rise in Earth’s recent past. At the end of the last ice age, around 14,600 years ago, sea levels rose at ten times the current rate due to Meltwater Pulse 1A (MWP-1A); a 500 year, ~18m sea-level rise event.
Until now, the scientific community has not been able to agree about which ice sheet was responsible for this rapid rise, with the massive Antarctic Ice Sheet being a likely suspect, but some evidence pointing towards ice sheets in the Northern Hemisphere. The new study uses detailed geological sea-level data and state-of-the-art modelling techniques to reveal the sources of MWP-1A. Interestingly, most of the meltwater appears to have originated from the former North American and Eurasian ice sheets, with minimal contribution from Antarctica, reconciling formerly disparate views.
In addition to flooding vast areas of low-lying land, this unparalleled discharge of freshwater into the ocean – comparable to melting an ice sheet twice the size of Greenland in only 500 years – will have disrupted ocean circulation, with knock-on effects for global climate. Knowing the source of the meltwater will improve the accuracy of climate models that are used to replicate the past and predict changes in the future.
The results are important for our understanding of ice-ocean-climate interactions which play a significant role in shaping terrestrial weather patterns. The findings are particularly timely with the Greenland ice sheet rapidly melting, contributing to a rise in sea levels and changes to global ocean circulation. Of the findings, lead author Yucheng Lin, in the Department of Geography at Durham University, notes: “Despite being identified over 30 years ago, it has been surprisingly challenging to determine which ice sheet was the major contributor to this dramatic rise in sea levels.
“Previously, scientists tried to work out the source of the sea-level rise based on sea-level data from the tropics, but the majority of those studies disagreed with geological records of ice sheet change. Our study includes novel information from lakes around the coast of Scotland that were isolated from the ocean due to land uplift following the retreat of the British Ice Sheet, allowing us to confidently identify the meltwater sources.”
Co-author Dr Pippa Whitehouse, in the Department of Geography at Durham University, said: “The technique we have used allows us to really dig into the error bars on the data and explore which ice-melt scenarios were most likely.  “We found that most of the rapid sea-level rise was due to ice sheet melt across North America and Scandinavia, with a surprisingly small contribution from Antarctica.
“The next big question is to work out what triggered the ice melt, and what impact the massive influx of meltwater had on ocean currents in the North Atlantic. This is very much on our minds today – any disruption to the Gulf Stream, for example due to melting of the Greenland Ice Sheet, will have significant consequences for the UK climate.”
Rising sea levels due to warming climate pose a great risk to society, improving our understanding of why and how fast change could happen; thus helping us plan for the impacts.