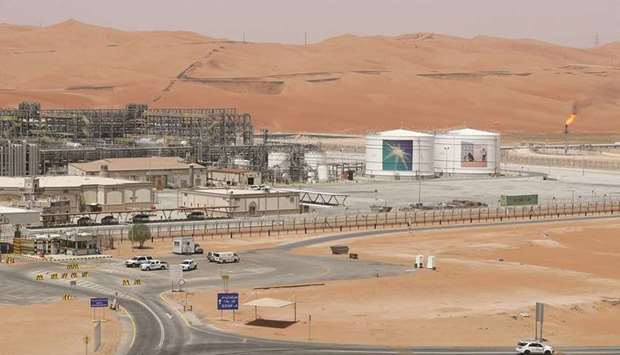 When the Opec+ alliance of oil producers gathers next week, group leader Saudi Arabia can savour a moment of triumph.
Eighteen months after slashing crude production during the pandemic, Riyadh is set to pump at almost pre-Covid levels of 9.8mn barrels a day this month as a recovering global economy clamours for energy supplies.
Furthermore, by bringing those shipments back slowly enough to avert a new surplus, Saudi Energy Minister Prince Abdulaziz bin Salman has revived crude prices to $80 a barrel. That’s swelled the kingdom’s petroleum revenues to a three-year high, putting them on track for an even bigger payout in 2022.
“Opec+ has had a very good year,” said Ben Luckock, co-head of oil trading at commodities merchant Trafigura Group. “They have delivered: they have managed to thread the needle.”
That’s a far cry from the tumult of last March, when the plunge in fuel demand briefly pitched Organization of Petroleum Exporting Countries and its partners into a vicious fight over customers. Those bitter memories seem very distant as the 23-nation network – jointly led by the Saudis and Russia – prepares to meet on Monday.
If there’s a threat to the delicate balance Opec+ has achieved, it’s that the market could overheat and prices rise too high.
The alliance has signalled it will stick with its schedule of modest production increases by approving another 400,000 barrel-a-day increment for November. But the market has shifted since that road map was agreed in July.
The shortage of natural gas, which has sent prices to the equivalent of $190 a barrel, is spurring a switch to oil products for heating and manufacturing, boosting overall demand. US oil production is still recovering from Hurricane Ida, which has knocked out a total of almost 35mn barrels after slamming the Gulf of Mexico a month ago – equivalent to almost two full months of Opec+ supply increases.
Anxiety among key consuming nations is palpable, especially if they end up experiencing a cold winter. China has instructed top energy firms to secure supplies at any cost. US President Joe Biden’s administration says it has reminded Opec of the need to support the recovery, and National Security Adviser Jake Sullivan met with Saudi Crown Prince Mohamed bin Salman last week.
“Opec will come under increasingly intense pressure from Washington to open the production release valve and cap the upside” in prices, said Helima Croft, chief commodities strategist at RBC Capital Markets. “An increase beyond the 400,000 barrels a day is a live option for Monday.”
That’s a view shared by the world’s largest independent trader, Vitol Group. Not only is demand being boosted by the shortage of natural gas, the supply outlook is tightening as prospects diminish for a swift deal to revive Iranian exports, said Chris Bake, the company’s head of origination.
Tehran and Washington have been involved in negotiations to reactivate a nuclear accord – and lift US sanctions on Iranian oil shipments – but the talks have so far made little headway. As a result, roughly 1.4mn barrels a day of Iranian crude that traders thought might be entering the market in late 2021 remains absent.
Some Opec+ delegates say privately that the increase approved at Monday’s meeting could be bigger than the scheduled 400,000 barrels a day. Scenarios for larger hikes have been considered, said one official.
Saudi Arabia doesn’t want to see prices spiral toward $100 a barrel, as excessive fuel costs would curtail demand and stimulate a revival in US shale output, according to people familiar with the kingdom’s thinking.
A spike in crude prices – just weeks before world leaders gather in Glasgow, Scotland, for a fresh round of climate talks intended to shift the world away from fossil fuels – could boost support for the transition to renewable energy.