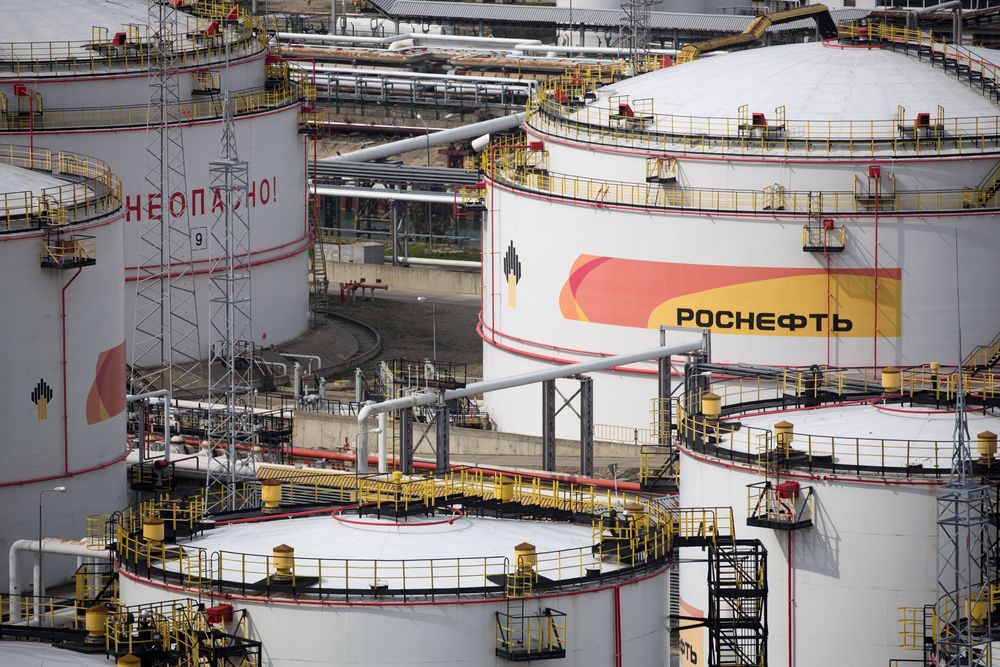 Russian oil giant Rosneft PJSC returned to profit in the fourth quarter of 2020 after signing a multibillion dollar deal to sell a share of its Vostok Oil mega-project in the Arctic to trader Trafigura Group.

The results signal that the producer will be able to pay a dividend for 2020 even after historic crude-price declines and production cuts. The company reported a record quarterly net income of 324 billion rubles ($4.36 billion) in the three months through December, above analyst estimates. That offset earlier losses, resulting in a full-year profit of 147 billion rubles.

“Despite all the difficulties of 2020, the company has achieved a net income, which will be the basis for the distribution of dividends,” Chief Executive Officer Igor Sechin said in a statement on Friday. Rosneft’s management will recommend the board to make 2020 payouts to shareholders fully in line with the company’s dividend policy, First Vice-President Didier Casimiro said on a call with investors.

Big Oil has mostly reported disappointing fourth-quarter earnings, signaling the industry’s recovery from the pandemic will be long. While most international producers, such as Royal Dutch Shell Plc or Exxon Mobil Corp., remain committed to making or even raising dividend payouts, investors question just how soon the sector will be able to improve its cash flow.

Russian oil companies have been under even more pressure due to output constraints that are part of the country’s deal with the Organization of Petroleum of Exporting Countries. Accounting for 40% of the nation’s total crude production, Rosneft bears the biggest burden.

Based on its full-year results, the producer, which distributes a half of its net income to shareholders, is set to pay some 7 rubles per share in 2020, according to estimates from BCS Global Markets and Sova Capital. That would be Rosneft’s smallest shareholder payout since 2016. The company scrapped its interim dividend for 2020 after losing money in the first half of the year.

Rosneft shares advanced as much as 1.1% to 506.50 rubles, the highest level in more than three weeks.

Rosneft received 7 billion euros from Trafigura for 10% of Vostok Oil in December, according to the financial statement. The deal allowed “for the practical start of the execution of the project,” Sechin said.

The Vostok project envisions production of some 25 million tons of oil per year, or around 500,000 barrels a day, in 2024, and twice as much in 2027. At its peak, the remote development is set to produce as much as 100 million tons per year. That compares with Russia’s total crude oil and condensate production of 513 million tons for 2020.

Rosneft is in discussions with other potential partners in Vostok Oil, Casimiro said, adding that international trading houses, global oil majors and crude-importing nations like India are interested. Russia will keep a controlling stake in the development, he said.