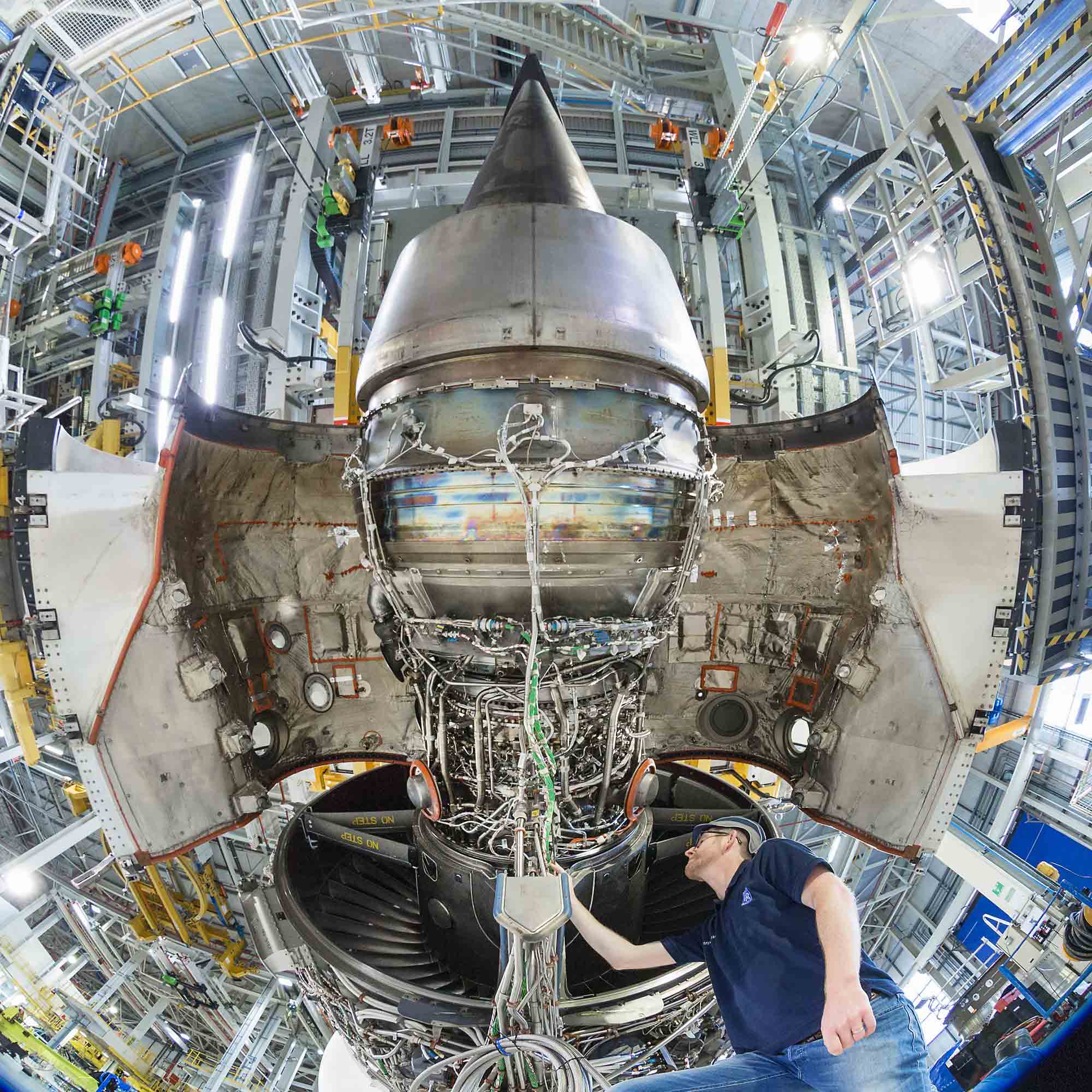 At the heart of the agreement are plans to explore opportunities for bringing 100% SAF to certification, the companies said Wednesday. Such fuels can currently be blended with kerosene in concentrations of no more than 50%.

Airlines are counting on SAF to reduce carbon emissions in the years before electric- and hydrogen-based propulsion systems become widely available, most likely after 2035. Progress has been hampered by regulatory hurdles and a lack of supply both of biofuels and their synthetic equivalents, which has pushed prices significantly beyond those for traditional jet fuel.

The collaboration will also aim to develop new innovations, with SAF expected to have a role powering hybrid-electric versions of flying taxis currently in the final stages of development as well as jetliners and corporate aircraft, Rolls-Royce Chief Technology Officer Paul Stein said.

“The investments that are going to be required to scale up sustainable aviation fuels are measured in billions,” Stein said in an interview following the announcement. For energy companies, “before they invest their dollars in SAF-plants they need comfort that the market will be there and customers will buy the fuel.”

The agreement deepens an existing partnership between the companies in alternative fuels. Shell will supply sustainable aviation fuels to Rolls-Royce as the company aims to test engines like Ultrafan to demonstrate they are 100% SAF compatible. Shell is also the exclusive supplier for Rolls-Royce’s new SAFinity service allowing business travelers to take carbon-neutral flights, while the firms will also look at opportunities to co-operate in shipping and rail.

The key to moving forward with sustainable fuels is getting regulation in place to mandate their use, said Stein. The U.S. favors subsidizing the fuel at source, which is “not incompatible” with the European approach, he added.

In April, Shell announced an investment in sustainable-fuels technology company LanzaJet, adding to a string of deals meant to position the oil giant for the energy transition. Rolls-Royce in turn plans to make all of its in-production civil aircraft engines compatible with burning 100% SAF by 2023.

The carbon dioxide absorbed by plants during the growth of biomass is roughly equal to the amount produced when the fuel is burned, making SAF approximately carbon-neutral over its life cycle. However, CO2 released during the production and transport of SAF means the reduction in emissions is about 80% compared with fossil fuels. Feedstocks for biofuel also include spent cooking oil, waste gases and agricultural residues.