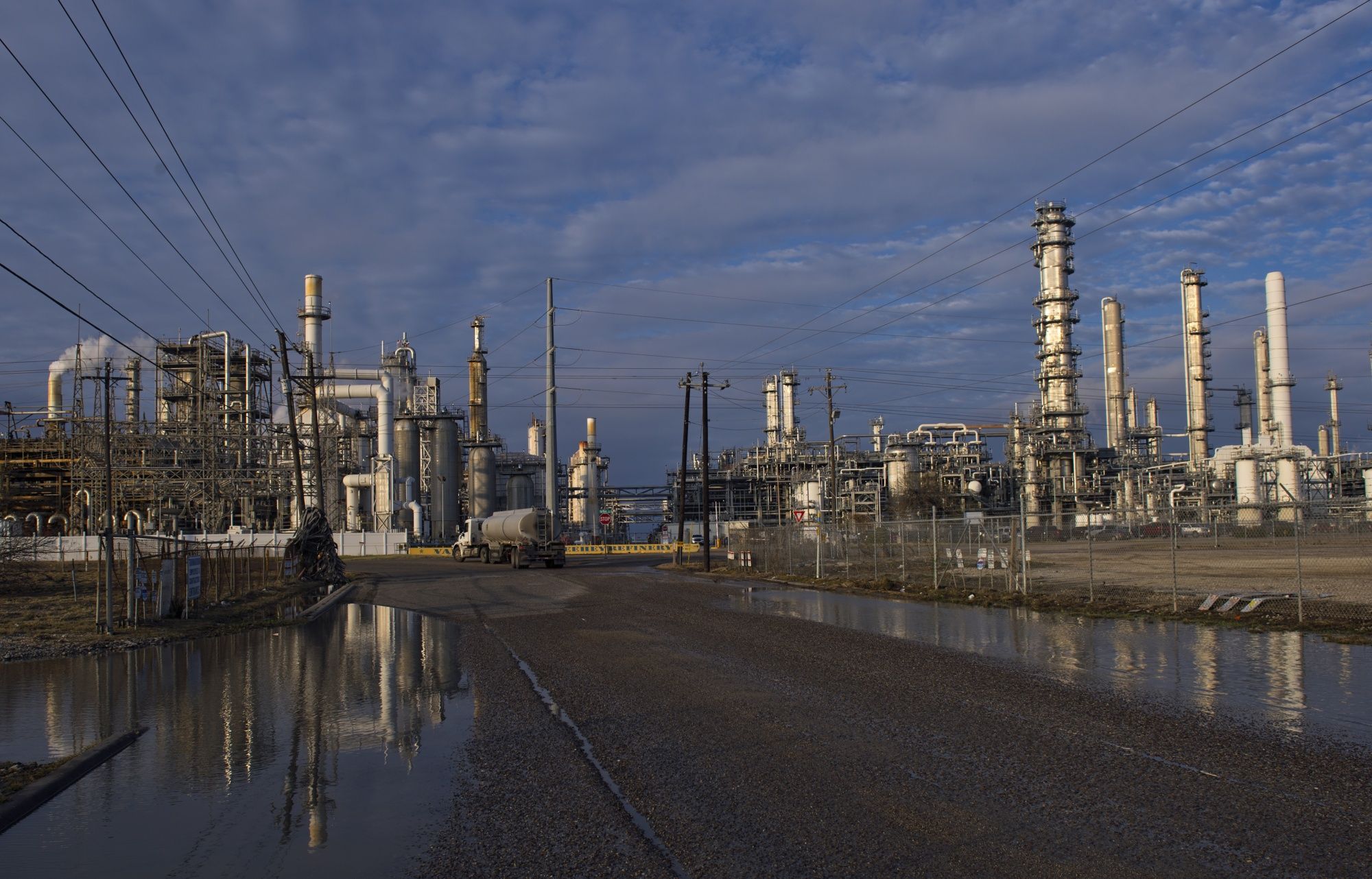 Like a cold-blooded animal—a lizard or a snake—the petrochemical hub that is the state of Texas went dormant during the deep freeze. Eventually, it’ll wake up again, and when it does the damage will be worse than if it never went to sleep.

Filings submitted in recent days to the Texas Commission on Environmental Quality, or TCEQ, already show significant emissions related to stopping and restarting fossil fuel infrastructure. It’s an indication of what’s to come in a state that’s home to a quarter of U.S. natural gas production as well as half the oil production.

An Exxon Mobil Corp. ethylene plant in Baytown, one of the world’s biggest, reported the release of nearly a ton of the carcinogen benzene and 34 tons of carbon monoxide, which contributes to air pollution. Shutting off Valero Energy Corp.’s Port Arthur Refinery resulted in the release of more than 2 tons of sulfur dioxide, another pollutant. Events at two facilities belonging to Pioneer Natural Resources Co. led to the escape of more than 12 tons of natural gas; methane, main component of natural gas, has many times the global warming potential of carbon dioxide.

“This is an environmental disaster on top of a public safety and human health disaster,” said Luke Metzger, executive director of Environment Texas, an advocacy group.

Refineries must flare off or otherwise release trapped pockets of gas when starting up or shutting down. While weather-based shutdowns are often unavoidable and done in the interest of safety, they can result in emissions that go far above allowable levels. “These events are not exempt from pollution laws,” Metzger said. “It’s likely the events at these facilities could have been avoided.”

Exxon spokesman Todd Spitler emphasized that the shutdowns were due to the freezing weather and curtailment of natural gas supplies. “Any units that remain in operation are dedicated to exporting electricity back into the grid,” he said. Representatives from Valero didn’t respond to a request for comment; a spokesperson for Pioneer declined to comment.

This is the second time in less than six months the Texas oil industry has dealt with mass shutdowns due to extreme weather. The 12 hours after Hurricane Laura hit Port Arthur in August saw the release of more than 2,000 tons of emissions.

“I expect the oil industry is going to have numerous problems restarting, similar to what they encounter after a hurricane, such as damaged cooling towers and other equipment,” said Andy Lipow, president of Lipow Oil Associates in Houston. “The industry also has to be wary of water freezing and cracking pipes, which could release hydrocarbons into the atmosphere and cause an explosion and fires.”

As of Monday, at least seven Texas refineries were attempting to restart; all of them sustained some weather-related damage, and some still lacked sufficient power to begin the process. More challenges will likely emerge in the coming days, and it may take a few weeks for operations to return to normal.

The heightened risk of explosions are a grim reminder of what followed the onslaught of Hurricane Harvey in 2017. Floods at an Arkema SA chemical plant about 25 miles east of Houston knocked the refrigeration system offline, which imperiled the facility’s store of heat-sensitive organic peroxides. People living within 1.5 miles of the facility evacuated a day before trailers holding the chemicals “spontaneously combusted,” according to a Chemical Safety Board investigation. Arkema did not respond to questions.

The full scope of pollution from restarting petrochemical facilities following the freeze won’t be clear until next month. Companies must file final reports within two weeks, and TCEQ evaluates the disclosures against its rules governing emissions.

TCEQ is responsible for both the state’s air and water, the latter of which is also a concern for leadership. “We’ll examine what worked, what didn’t work so well, and what we can do to make things better next time—or, better yet, prevent it from happening again,” said Toby Baker, the agency’s executive director.

Environmentalists fault the state’s political leadership and oversight agencies with extending the industry too much leeway, potentially endangering people and property as a result. They’re also concerned that this week’s failures won’t be properly investigated to document their causes.

The state regulatory agencies’ approach “means we aren’t going to find out because they’re aren’t going to look,” said Sharon Wilson, Texas organizer for Earthworks, an environmental nonprofit. “We have no reason to believe that they’re going to try to find the pollution fallout from this extreme weather.”

— With assistance by Kevin Crowley