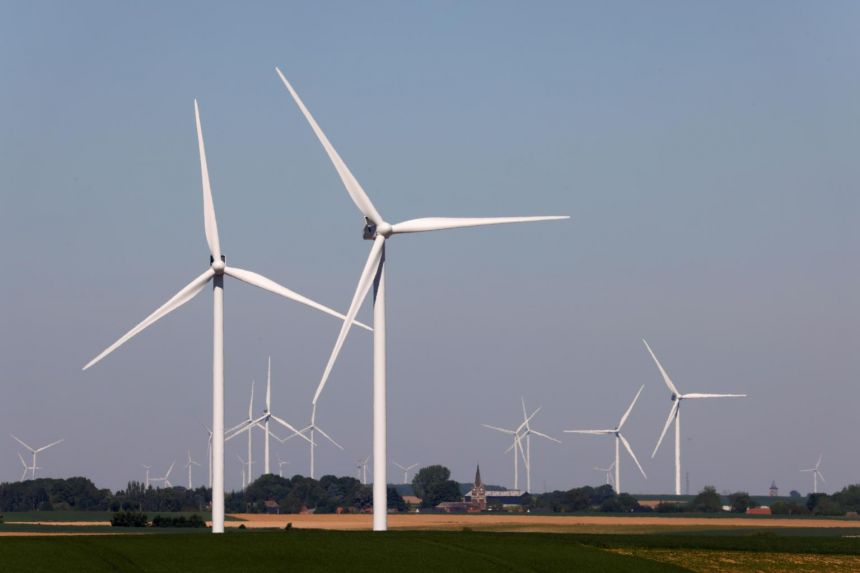 Clean energy giants are finding a shortage of workers with the skills needed to support their ambitious growth plans.

The renewables jobs market is heating up and candidates with the right abilities are becoming harder to find, according to Miguel Stilwell, chief executive officer at Portuguese clean-energy firm EDP Renovaveis SA. The company is one of the world’s top installers of green power and plans to hire 1,300 employees over the next two years.

“There’s a war over talent globally,” Stilwell said in an interview on May 28. “The renewable sector, given the massive amount of growth that is expected, doesn’t have enough people.”

As countries funnel billions of dollars into developing renewable power, policymakers are banking on the sector to create new jobs that are crucial for the post-pandemic economic recovery. Solar generation capacity is expected to triple by the end of the decade, while wind capacity is expected to more than double over the same period, according to clean energy research group BloombergNEF.

Green supermajors such as NextEra Energy Inc, Iberdrola SA, Enel SpA and EDP are leading the race to electrify the global economy. But some large oil companies are starting to get into the sector too, with BP Plc announcing last month it’s looking to fill 100 offshore-wind jobs in the U.K. and the U.S., a figure that could double by the end of the year.

Engineering skills such as energy assessment, project management and project design are in high demand, EDP’s Stilwell said. Good business developers who understand clean energy technologies are also a scarce resource. Other roles, such as managing mergers and acquisitions, or back office tasks, can easily be hired from other industries.

“We’re having to bring in people from other sectors, whether it’s oil and gas or other parts of the energy industry, or recruiting directly from universities,” Stilwell said. “There’s a lot of competition out there.”

Engineering and chemistry graduates working on a masters degrees in renewables at the Universitat Politecnica de Catalunya in Barcelona are often hired while they’re still in school, or right after they finish, according to Professor Jordi Llorca. The university has partnerships with other colleges in Europe and students often get hired to work in other countries like the U.K. or Denmark, said Llorca, who is also the director of an engineering research center at the university.

“We need to be fast to adapt the contents of our programs on the energy transition and renewable energies to make sure our graduates are competitive in the market,” Llorca said. “We’re constantly looking at the contracts and agreements we have with different industries to see what’s needed.”

The university launched a masters in hydrogen energy last year after professors realized very few people have the skills in mechanics and chemistry that the fast-growing sector will need very soon. “There’s always a moment of vacuum whenever a new technology comes in, but we’re able to put together new programs in just a few months.”

Offshore wind farms are another growth area. The projects involve erecting and maintaining wind turbines the size of skyscrapers miles out to sea. A single turn of one of the massive blades could power a house for two days. The industry was pioneered in Europe, but is now rapidly expanding to Asia and the east coast of the U.S.

Those new markets don’t have people with experience. That means that developers are often sending British and European employees to lead the way, according to Clint Harrison, director at renewable energy-focused recruitment firm Taylor Hopkinson. But as business takes off there’s pressure to hire locally.

The limits of a well-trained workforce could end up being a bottleneck in an industry that is key to slashing emissions.

“There’s a sense of urgency,” Harrison said. “The market is growing very, very quickly and we need to ensure we have the right people across various projects and regions to ensure projects move forward and aren’t delayed.”

In the U.K. alone, around 200,000 skilled workers will be needed in the offshore energy sector by 2030, up from 160,000 today, according to a recent report by the Robert Gordon University in Aberdeen. About half the jobs are expected to be filled by people transferring from the oil and gas sector and about 90% of current workers in the fossil-fuel sector can be retrained for renewables, said author Paul de Leeuw.

“Demand for courses on renewable energy and the energy transition is ramping up rapidly and at the same time we see demand for oil courses declining,” he said. “It’s a societal and industry shift mirroring in the education system.”