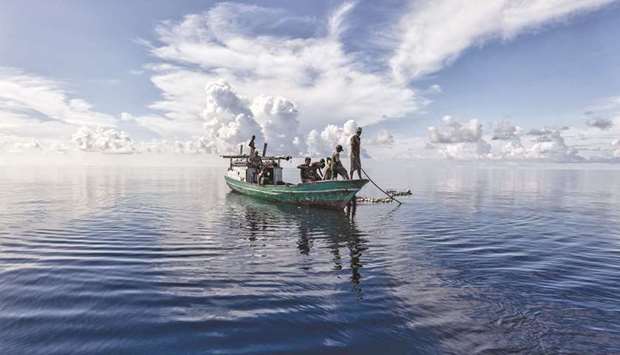 The ocean covers more than 70% of our planet’s surface, produces half of the oxygen we breathe, feeds billions of people, and provides hundreds of millions of jobs. It also plays a major role in mitigating climate change: over 80% of the global carbon cycle passes through the ocean. But this precious natural resource is not invincible. Despite all the benefits it affords us, the ocean today faces unprecedented man-made crises that threaten its health and its ability to sustain life on Earth.
The greatest threat to marine biodiversity is overfishing. More than one-third of global fish stocks are overfished and a further 60% are fully fished. Each year, governments around the world encourage overfishing by providing $22bn in harmful fisheries subsidies. Although these subsidies are designed to help support coastal communities, they instead prop up unsustainable and unprofitable fishing activity, depleting the very resource on which local populations’ livelihoods depend.
This problem is not new. In fact, the World Trade Organisation’s members have been trying to negotiate a deal to curb these damaging payments since 2001. World leaders reiterated their commitment to tackling the issue when they agreed in 2015 to the Sustainable Development Goals (SDGs). Under SDG 14, which aims to put a healthy ocean at the heart of the global sustainable-development agenda, leaders promised by 2020 to reach an agreement at the WTO that would reduce fisheries subsidies. But they missed the deadline, as negotiations slowed during the worst of the Covid-19 pandemic.
Research shows that if WTO members were to eliminate all harmful fisheries subsidies – the most ambitious scenario – global fish biomass could increase by 12.5% by 2050. That’s an additional 35mn metric tonnes of fish, or more than four times North America’s annual fish consumption in 2017. And this is a conservative estimate. Removing destructive subsidies really will mean more fish in the sea.
The aim is not to remove support from fishing communities, but rather to redirect it in a more meaningful and less damaging way. Even if a deal does not eliminate all harmful subsidies, it would create a global framework of accountability and transparency for subsidy programmes. That, in turn, would spur dialogue between governments, fishing communities, and other stakeholders to spur the development of redesigned policies that better support fisherfolk while protecting our global commons.
Moreover, an agreement is within reach – if the political will is there to deliver it. The most recent lapse of the negotiations resulted from differences over how to structure flexibility in subsidy regimes for developing countries, as well as how to define and enforce rules on illegal fishing and sustainable stocks. But after numerous proposals and discussions, the comprehensive draft now on the table combines measures to curb harmful subsidies with specific exceptions for developing countries.
With the start of the WTO’s 12th Ministerial Conference in Geneva just days away, now is the moment for a deal. Failure to conclude one would not only harm the ocean and the livelihoods of those who depend upon it, but also would diminish the global rules-based system and damage the pursuit of the 2030 Agenda for Sustainable Development. In contrast, ending harmful fisheries subsidies would reduce the cumulative pressures on the ocean and increase its resilience in the face of climate change.
In the wake of the UN Climate Change Conference (COP26) in Glasgow, governments must demonstrate their willingness to use every tool at their disposal to tackle the climate crisis. The stakes at the upcoming WTO Ministerial Conference have perhaps never been higher. The future of multilateral trade co-operation is at risk; but, above all, jobs, food security, and the health of our global commons are on the line.
That is why 33 former government leaders and ministers from around the world have joined forces with nearly 400 scientists in urging WTO members to “harness their political mandate to protect the health of the ocean and the well-being of society.”
Governments have given their word that they will curb destructive fisheries subsidies. Next week’s meeting in Geneva will test the credibility of that pledge.
This commentary is also signed by: Axel Addy – Minister of Commerce and Industry of Liberia (2013-18); Mercedes Araoz – Prime Minister of Peru (2017-18) and Vice-President of Peru (2016-2020); Hakim Ben Hammouda – Minister of Economy and Finance of Tunisia (2014-15); Herminio Blanco – Minister for Trade and Industry of Mexico (1994-2000); Maria Damanaki – European Commissioner for Maritime Affairs and Fisheries (2010-14); Eduardo Frei Ruiz-Tagle – President of Chile (1994-2000); Michael Froman – US Trade Representative (2013-17); Tim Groser – Minister of Trade of New Zealand (2008-2015); Enrique V Iglesias – President of the Inter-American Development Bank (1988-2005); Hilda Heine – President of the Marshall Islands (2016-2020); Ban Ki-moon – UN Secretary-General (2007-2016); Ricardo Lagos – President of Chile (2000-06); Pascal Lamy – Director-General of the WTO (2005-2013); Roberto Lavagna – Minister of Economy of Argentina (2002-05); Cecilia Malmstrom – European Commissioner for Trade (2014-19); Peter Mandelson – European Commissioner for Trade (2004-08); Sergio Marchi – Minister of International Trade of Canada (1997); Heraldo Munoz – Minister of Foreign Affairs of Chile (2014-18); Pierre Pettigrew – Minister for International Trade of Canada (1999-2003), Minister of Foreign Affairs of Canada (2004-06), Tommy Remengesau, Jr. – President of the Republic of Palau (2001-09, 2013-2021); Jose Luis Rodríguez Zapatero – Prime Minister of Spain (2004-2011); José Manuel Salazar – Minister of Foreign Trade of Costa Rica (1997-98); Susan Schwab – US Trade Representative (2006-09); Juan Somavia – Director-General of International Labour Organisation (1999-2012); Alberto Trejos – Minister of Foreign Trade of Costa Rica (2002-04); Allan Wagner – Minister of Foreign Affairs of Peru (1985-88, 2002-03, 2021); Andres Velasco – Minister of Finance of Chile (2002-06); Ernesto Zedillo Ponce de León – President of Mexico (1994-2000); and Robert Zoellick – US Trade Representative (2001-05). – Project Syndicate