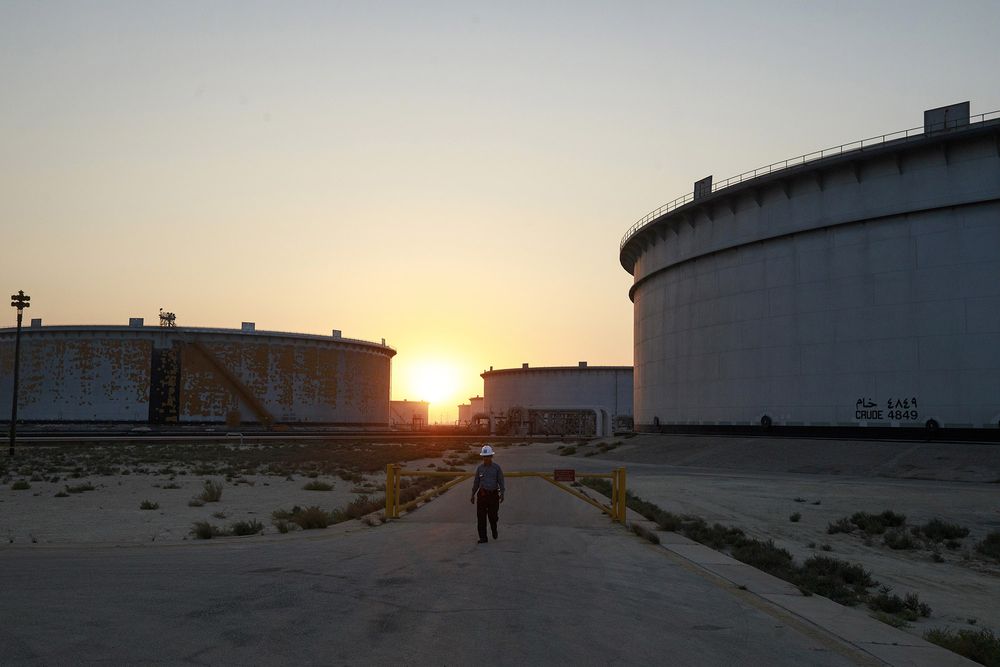 The light at the end of the tunnel isn’t getting any closer for OPEC and allied oil-producing countries, as forecasts of the world’s need for their supplies next year are cut again.

The world’s three major oil agencies — the International Energy Agency, the U.S. Energy Information Administration and the Organization of Petroleum Exporting Countries — all reduced the outlook for global oil demand in 2021 in their latest monthly reports. With two of them also increasing their forecasts for non-OPEC crude production next year, the gap that needs to be filled with barrels from the OPEC countries continues to get smaller.

The most difficult period for the producer group will be the first half of the year, before vaccinations against the Covid-19 pandemic are sufficiently widespread to allow governments to lift restrictions on movement and gatherings that have had such a dramatic impact on people’s lives and on demand for oil in 2020.

In a normal year, the first quarter is typically the weakest for oil demand, and 2021 will still be far from normal. The usual early-year weakness will be compounded by the fact that, even in the affluent countries that have secured large quantities of the most advanced vaccines, the roll-out of inoculations will take time. Working-age people outside the key healthcare sector could be among the last to benefit, which may continue to dampen economic activity and energy demand.

All three forecasters see global oil demand in the first quarter of next year remaining between 4.5% and 5% below the level seen during the same period in 2019. Any quarter-on-quarter increase from the current period will be small, with the IEA seeing no growth at all.

In that context, the decision by the OPEC+ group of countries to limit the easing of their output cuts to just 500,000 barrels a day in January, about one-quarter of the initially planned increase, makes sense.

Among the three forecasters, only the EIA saw stockpiles continuing to fall in the first half of next year if the OPEC+ countries had gone ahead with the 1.9 million barrel a day output increase they had originally planned for January (see chart below).

The producer group has retained the ability to make further monthly adjustments to supply targets, either upward or downward, but the latest forecasts suggest that they may want to hold off on any further easing, unless oil demand recovers faster than expected.

A weaker demand outlook means OPEC sees stockpiles falling more slowly than it did in October, despite a smaller easing of output cuts

Despite keeping a tighter rein on oil supply, the deteriorating global oil demand outlook means that OPEC’s own analysts now expect stockpiles to be higher throughout 2021 than they saw them just two months ago (see chart above). By the end of next year, even with no further easing of output cuts beyond the 500,000 barrels a day agreed for January, the producer group expects global oil stockpiles to be some 670 million barrels higher than they were at the end of 2019.

The goal of bringing inventories back down to more normal levels seems ever more elusive. Since July, when OPEC first began publishing its quarterly forecast for next year, its estimate of global demand over the five quarters from 4Q 2020 to 4Q 2021 has come down by an average 2 million barrels a day, while its assessment of non-OPEC output over the same period has risen by 1 million barrels a day. That combination has cut the anticipated call-on-OPEC crude by an average 3 million barrels a day. OPEC and its allies are going to have to maintain discipline amid supply restraint for longer than they had hoped.